Information on the Greek Goddess Athena, myth, story and facts. The role of Athena in the Greek Mythology. 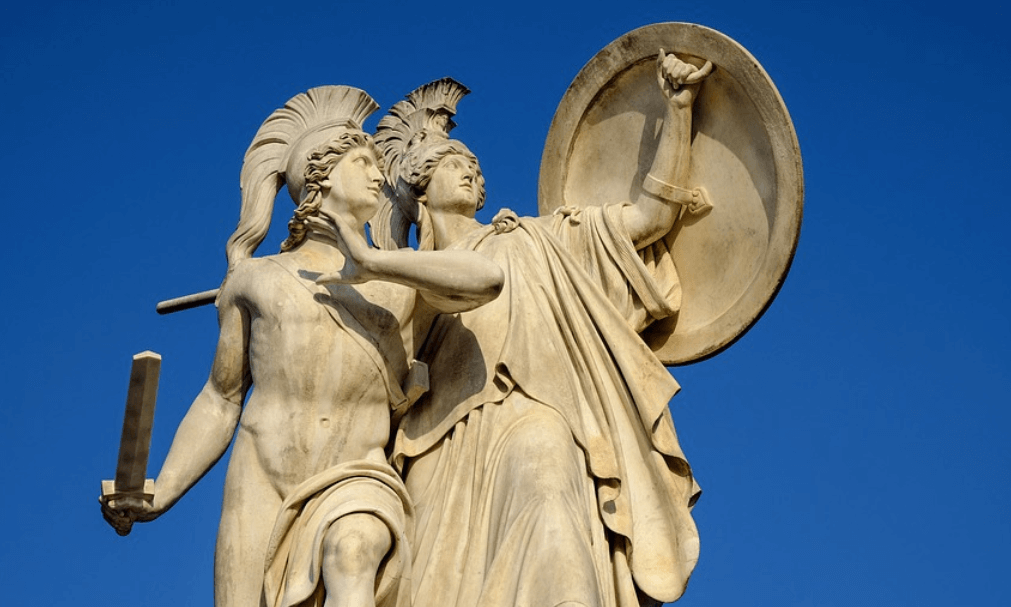 Athena; The daughter of Zeus and Metis, ‘counsel’, Athena sprang into being fully formed and fully armed from the head of her father, after Zeus had swallowed the pregnant Metis. The smith god Hephaistos may have assisted with his axe at this birth. A warlike virgin, Pallas Athene eschewed senseless violence, unlike the war god Ares, and relied on the boldness of wisdom. She successfully disputed with the sea god Poseidon who should rule Athens: Zeus judged her the winner because she had planted the olive tree. There existed, however, a dark side to her character, since she was Glaukopis, ‘owl-eyed’, and Gorgopis, ‘Gorgonfaced’.

Athena was patroness of craftsmen, especially smiths, weavers, and spinners. This explains her title of Hephaistia, the associate of the smith god. But not all was well between god and goddess, as the myth of Erichthonius makes clear. To avoid losing her virginity to Hephaistos, she thrust him from her, or miraculously vanished from the bridal bed. The spilled semen of the smith god fell to the ground, where it grew into the serpent Erichthonius. The three daughters of Cecrops, the first King of Athens and a half serpent man, were given a box by the goddess and told not to look inside it. Curiosity overcame two of them, and the sight of the divine child snake drove them mad. Athena, however, did not withdraw her protection from the city, indeed she always remained the energetic goddess action. It was an active support that aided Odysseus on his epic voyage home from the Trojan War.