Gaius Cassius Longinus; (died 42 b. c.), Roman politician and general, who was the leading assassin of Julius Caesar. Shakespeare’s often-quoted description of Cassius as a man with a “lean and hungry look” is based on Plutarch. It seems an apt summation; Cassius was of sour, grim disposition, his words laced with sarcasm and temper. He was frequently impatient with friends and ruthless with enemies. Late in life Cassius became a devotee of Epicurean philosophy, which emphasized simple pleasures and withdrawal from the active life. However, its effect on Cassius was to sharpen his principles and deepen his resolve for tyrannicide.

Cassius’ first notable appearance in history came in 53 b. c. when he was quaestor, or chief financial assistant, to the commander Marcus Crassus in the ill-fated campaign against Parthia. After the disastrous defeat of the Romans at Carrhae in Mesopotamia, Cassius escaped (or deserted) with the surviving Roman troops and managed to reorganize successful resistance to the Parthians. In 51 he saved the Roman province of Syria from Parthian assault, thereby establishing his military reputation. In 49, Cassius was tribune in Rome when civil war erupted between Caesar and Pompey. The war split many families down the middle. A relative, Quintus Cassius, fled to Caesar and fought under him. But Gaius Cassius joined the forces of Pompey and served as a naval commander. Cassius was among several Pompeian lieutenants who surrendered following Caesar’s victory over Pompey at Pharsalus in 48. Caesar could afford to be merciful and generous. Cassius received pardon and then honors befitting his rank. Caesar named him to the praetorship for 44.

But this served only to increase the resentment of the proud and bitter Cassius. He became chief organizer of the plot to assassinate Caesar. The conspiracy included not only ex-Pompeians but even friends of the dictator. Cassius brought unity to this scattered and disparate group by inducing his brother-in-law, the much-admired Marcus Brutus, to join the conspiracy. 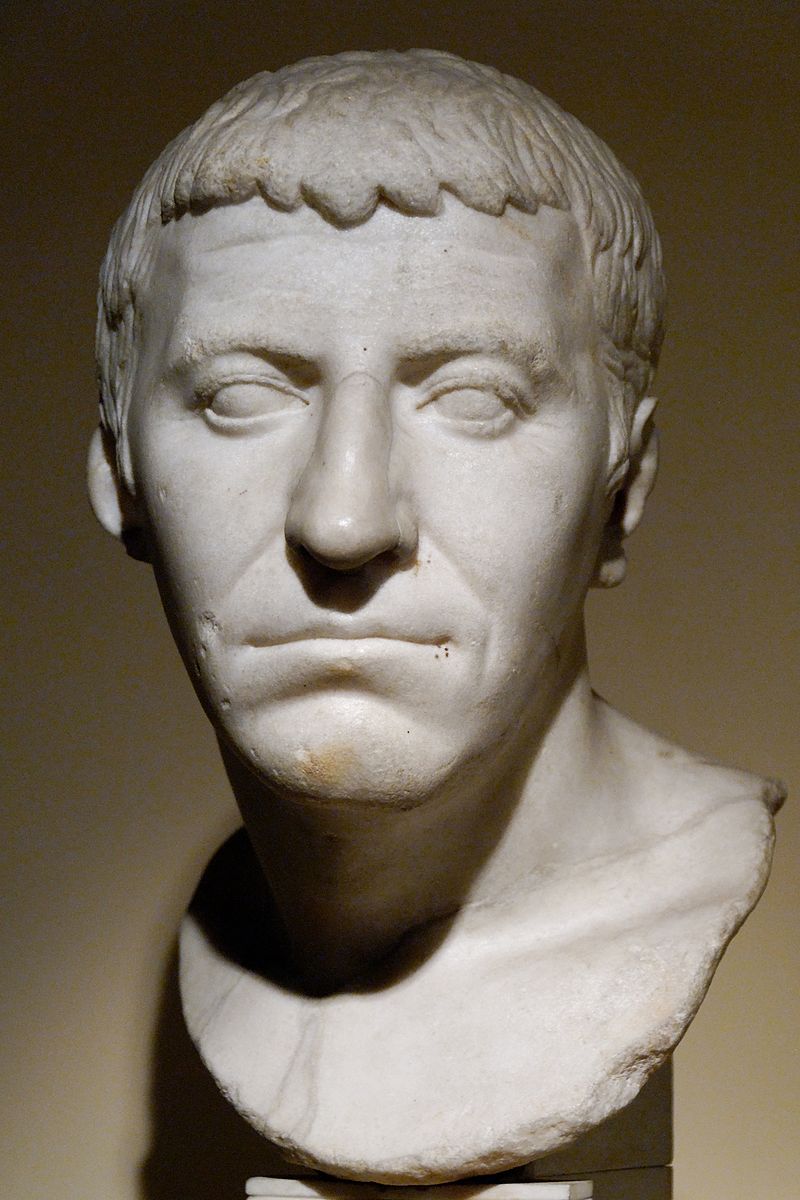 Caesar was slain in March 44, but his lieutenant Mark Antony was spared. Brutus had overridden Cassius’ insistence that Antony be killed. This proved to be a fatal mistake. In the succeeding months Antony consolidated his position as the new leader of the Caesarian faction. The conspirators found their support dwindling in Italy and went abroad, Brutus to Macedonia, Cassius to Syria. Cassius still had friends in the East and was able to gather forces and raise money. In 43 he defeated Dolabella, the commander sent to the East by Antony. Cassius expanded his forces with Dolabella’s troops. By 42, Cassius had pooled his resources with those of Brutus, who had been equally successful in Macedonia. Together they had at their disposal 19 legions and a multitude of forces from client princes all over the East. The armies of the West, however, had gathered under Antony and Caesar’s heir Octavian; 28 legions crossed the Adriatic to face the assassins at Philippi in Thrace in October 42. The battle was inconclusive. Brutus fared better than Cassius, but Cassius despaired. A defect in his eyesight, so it is reported, led him to the mistaken belief that Brutus too had been defeated; as a result Cassius committed suicide. In a subsequent battle, three weeks later, Brutus was indeed beaten and also took his own life. Any hopes of restoring the republic had vanished. But Cassius’ memory lived on and his name became synonymous with tyrannicide and republicanism.

The most famous of Cassius’ descendants was also named Gaius Cassius Longinus. A prominent and respected jurist, he reached the consulship in 30 a. d. He inherited his ancestor’s severity, rigor, and devotion to Roman traditions. From 45 to 49 he served as governor of Syria.

The emperor Nero, having barely escaped a major attempt on his life in 65, began to crack down on enemies and potential enemies. Cassius’ reverence for his ancestor and his general attitude made the emperor suspicious of him, and Nero exiled the legal scholar to Sardinia. But Cassius survived, to be recalled later by the emperor Vespasian, during whose reign (69-79) he died peacefully in Rome. Cassius’ writings on Roman law were eventually incorporated into the Justinian code.