What is fold? How do forms form? What are the kinds of folds? Information about the formation of folds.

Fold; in geology, a bend, or flexure, in stratified rocks. Folds vary in width from a few inches to many miles. If the stresses in the earth that cause folds exceed the strength of the rocks involved, the rocks may fracture rather than flow.

An ordinary fold has two limbs that fall or rise in opposite directions from a central axial plane. The dip of the limbs is the angle that they form with the horizontal plane. The axial line of the fold—the line of intersection of the axial plane with a bed of rock in the fold—may remain level but usually descends, in which case the fold is said to “plunge” or “pitch.”

Folds in which beds of rock are pressed together until they are parallel are called isoclinal folds. When beds of rock are so deformed that the limb of the resulting fold has passed the vertical, the rocks are said to be overturned. If the overturning proceeds until the reversed beds approach the horizontal, the structure is called a recumbent fold. Recumbent anticlinoria are called nappes, particularly if the lower limb has separated from underlying rocks. 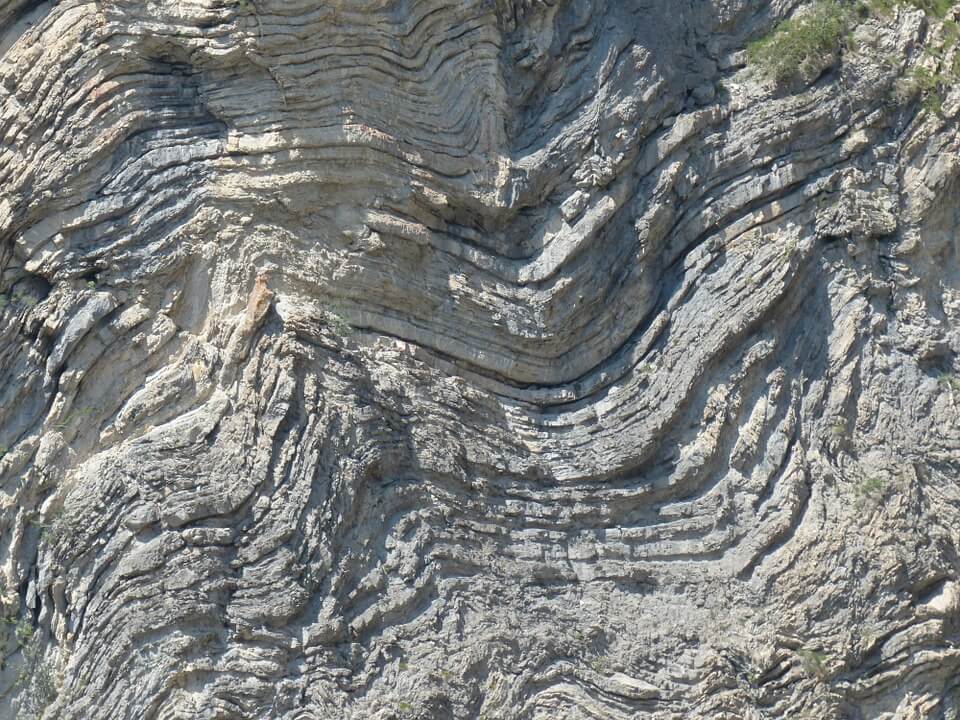 Beds of rock that dip regularly in one direction form a homocline. But if the dip of the beds increases, decreases, or reverses, and then returns to its original inclination, the resulting steplike fold is called a monocline.

The Formation of Folds.

Linear folds such as anticlines and synclines are produced by the lateral compression of beds of rock or other such stresses. The shortening of the earth’s surface that results may not extend into underlying rocks. Geosynclines, on the other hand, are great down-folds that subsided deeply as the rocks jontained in the geosyncline were laid. Mountains often form in the sites of earlier geosynclines. 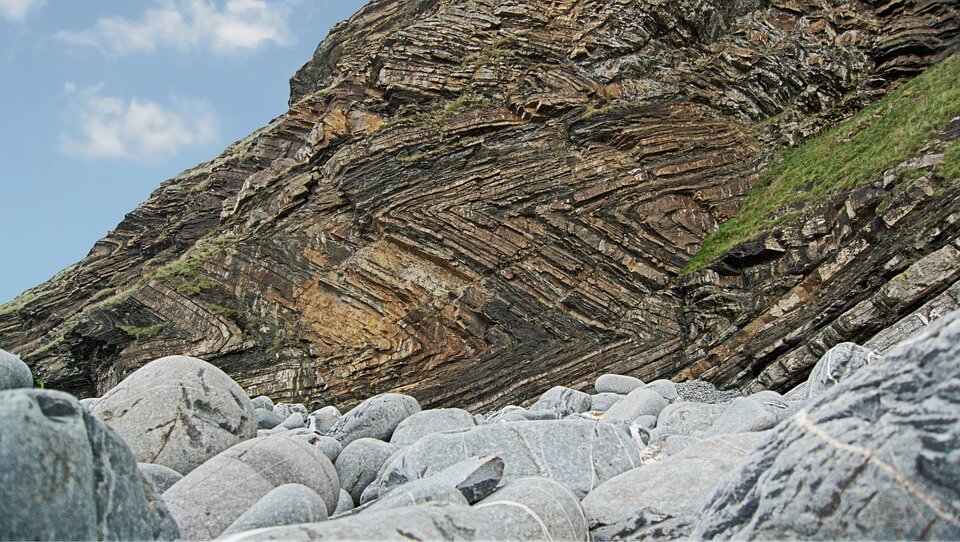 Recumbent folds may be produced by the separation of beds from underlying rocks. The beds then glide downward, with the upper beds tending to override the lower beds. Domes may result from the rise of lava below or into overlying rock strata, or from the rise of salt through unconsolidated sediments of greater density.