Who is Aristides? Information on Athenian aristocrat, statesman, and general Aristides biography, life story, and works.

Aristides; (c. 530-c. 468 b.c.), was an Athenian aristocrat, statesman, and general. A selfless individual whose chief concern was the welfare of Athens, he achieved a reputation for justice and fairness and was commonly called Aristides the Just. He played a major role in the Greek defeat of the Persians in the Persian Wars and subsequently was instrumental in founding the Delian confederacy to keep the Persians in check. 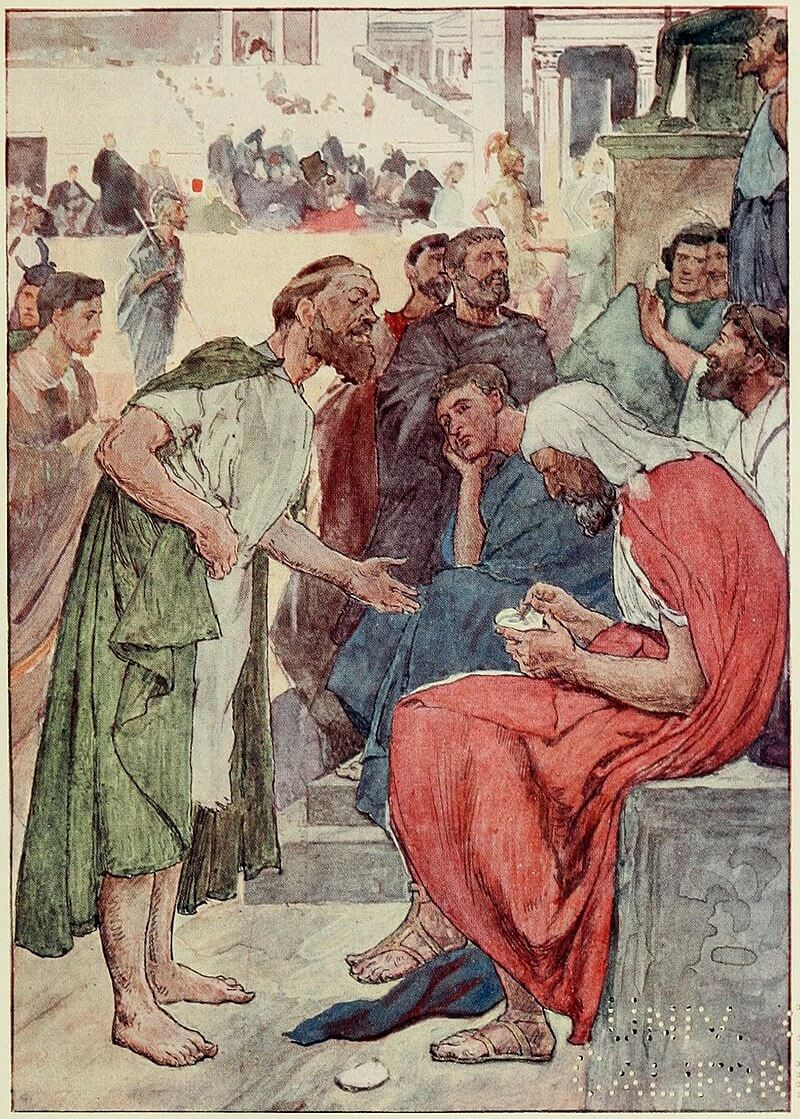 Aristides and the citizens (Source : wikipedia.org)

Little is heard of Aristides before 490 b.c., the year in which he served as a general at Marathon. He probably distinguished himself in battle, for in the following year he was elected to the post of archon eponymous. Except for a brief interval, he played a major role in Athenian politics for more than a decade thereafter. He was not a radical democrat, although he was one of several spokesmen for the anti-Persian faction. Aristides probably cooperated with Themistocles in 487/486 in supporting legislation that changed the method of choosing archons from election to selection by lot. The legislation also transferred military authority from the archon polemarch to an elected strategos, or general. Although both men represented the anti-Persian faction, Aristides bitterly opposed Themistocles a few years later when the latter advocated a strong navy. As a result of his opposition he was ostracized in 482, but was allowed to return to the city two years later under a general amnesty.

In 480, during the second phase of the Persian Wars, he was one of the ten generals elected to lead the fight against the Persians. In this capacity he cooperated fully with Themistocles. He was present at the Battle of Salamis and led an Athenian force to the island of Psyttaleia, where he defeated a Persian garrison. He was reelected general in the following year, and in 479 commanded the Athenian army in the final battle of the war at Plataea, in which the Persians were driven from Greek soil. In 478/477 he served as Athenian naval commander and convinced many Greek states in the Aegean islands and on the Asia Minor mainland that it was to their advantage to cast their lot with Athens rather than with Sparta. About 477 these states joined with Athens in founding the Delian League to present a united front against further Persian attack.

Aristides attended the first meeting of the Delian League as the Athenian representative. He was held in such high esteem by the representatives of the other states that he was entrusted with the task of determining how much each of the participating states ought to contribute to the common defense. It was his task also to decide which states ought to make theii contribution in cash and which in ships. The total assessment of 460 talents was so fairly and justly distributed by Aristides that it remained in effect with little or no change at least until the middle of the 5th century. 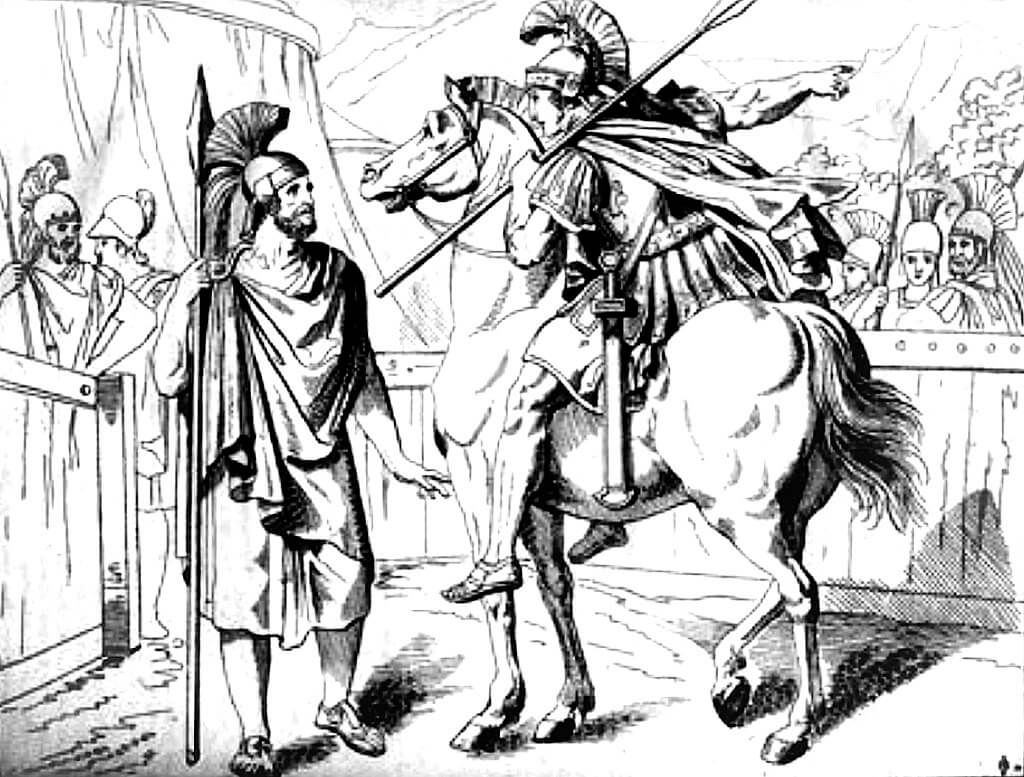 Aristides warned by Alexander I of Macedon of the impending Persian attack at the Battle of Plataea, 479 BC. (Source : wikipedia.org)

Nothing is heard of Aristides after the year 477, but he appears to have remained influential in Athenian politics. He was a supporter of Cimon, who succeeded him as the leading figure in the Delian League, and he may have cooperated with him to secure the ostracism of Themistocles about 470.