Fannie Lou Townsend Hamer emerged from humble beginnings in the Mississippi Delta to become one of the most important, passionate, and powerful voices in the civil rights and electoral movements and a leader in efforts for greater economic opportunity for African-Americans. 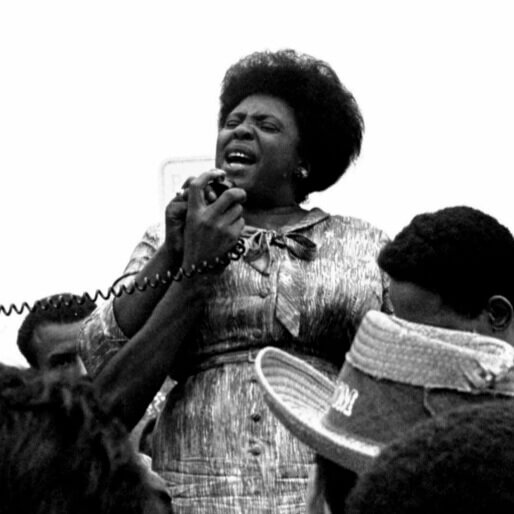 Hamer was born on October 6, 1917 in Montgomery County, Mississippi, the twentieth and last child of sharecroppers Lou Ella and James Townsend. She grew up in poverty, and at age six Hamer joined her family picking cotton. At age 12, she dropped out of school to work. In 1944, she married Perry Hamer and the couple worked on the Mississippi plantation, owned by B.D.. Marlowe until 1962. Because Hamer was the only worker who could read and write, she also served as a plantation timekeeper.

In 1961, Hamer received a hysterectomy from a white doctor without her consent while undergoing surgery to remove a uterine tumor. Such forced sterilization of black women, as a way to reduce the black population, was so widespread that it was called a “Mississippi appendectomy.” Unable to have children of their own, the Hamers adopted two daughters.

That summer, Hamer attended a meeting led by civil rights activists James Forman of the Nonviolent Coordination Committee for Students (SNCC) and James Bevel of the Southern Christian Leadership Conference (SCLC). Hamer was angered by efforts to deny blacks the right to vote. She became an organizer for the SNCC and on August 31, 1962, took 17 volunteers to register to vote in the Indianola, Mississippi courthouse. Denied the right to vote due to an unfair literacy test, the group was harassed on their way home when police stopped their bus and fined them $ 100 on the false charge that the bus was too yellow. That night, Marlow fired Hamer for her attempt to vote; Her husband was asked to stay until harvest. Marlow confiscated much of her property. The Hamers moved to Ruleville, Mississippi, in Sunflower County, with very little.

In June 1963, after successfully registering to vote, Hamer and several other black women were arrested for sitting in a “white only” bus station restaurant in Charleston, South Carolina. In prison, she and several of the women were brutally beaten, leaving Hamer with life-long injuries from a blood clot in the eye, kidney damage, and leg damage. 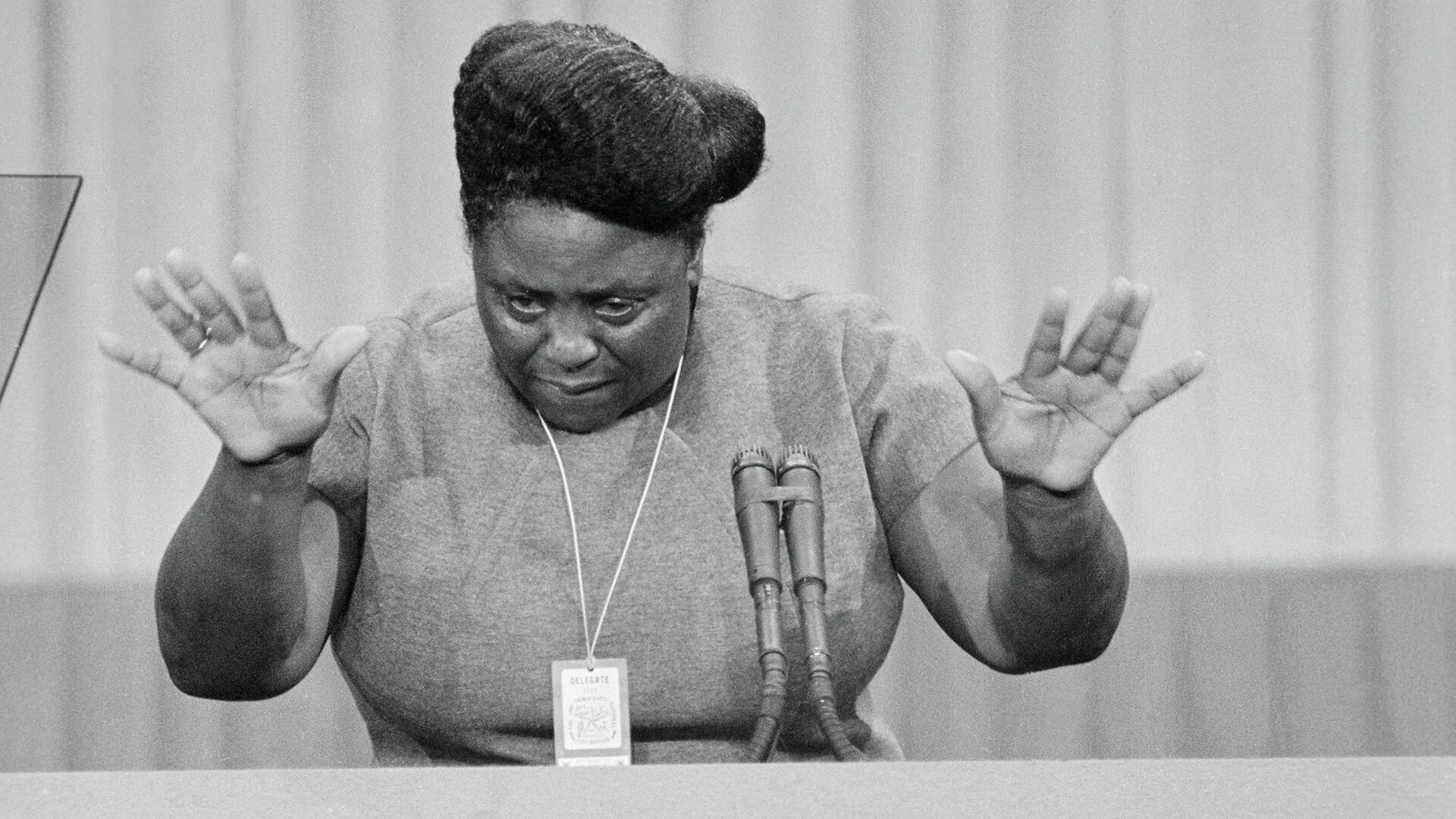 Hamer’s national reputation skyrocketed when he co-founded the Mississippi Democratic Freedom Party (MFDP), which challenged the efforts of the local Democratic Party to block black participation. Hamer and other members of the MFDP went to the Democratic National Convention that year, arguing to be recognized as the official delegation. When Hamer spoke before the Credentials Committee, calling for mandatory integrated state delegations, President Lyndon Johnson held a televised press conference to spare him television time. But her speech, with its poignant descriptions of racial prejudice in the south, was later televised. By 1968, Hamer’s vision for racial parity in delegations had become a reality and Hamer was a member of the first integrated Mississippi delegation.

In 1964, Hamer helped organize Freedom Summer, which brought together hundreds of black and white college students, to help with the registration of African American voters in the segregated South. In 1964, she announced her candidacy for the Mississippi House of Representatives, but was excluded from the vote. A year later, Hamer, Victoria Gray, and Annie Devine became the first black women to appear in the US Congress. USA When they unsuccessfully protested the 1964 Mississippi House elections. She also traveled extensively, giving powerful speeches on behalf of civil rights. In 1971, Hamer helped found the National Women’s Political Caucus.

Frustrated by the political process, Hamer turned to economics as a strategy for greater racial equality. In 1968, she started a “pig bank” to provide free pigs to black farmers to raise, raise and kill them. A year later, she launched Freedom Farm Cooperative (FFC), buying land that blacks could collectively own and farm. With the help of donors (including famous singer Harry Belafonte), she bought 640 acres and launched a coop shop, boutique, and sewing company. She alone ensured that 200 low-income housing units were built, many still exist in Ruleville today. The FFC lasted until the mid-1970s, at its peak it was among Sunflower County’s largest employers. Extensive travel and fundraising kept Hamer out of day-to-day operations, as well as her weakened health, and the FFC hobbled until she retired. Not long after, in 1977, Hamer died of breast cancer and died at age 59.