Ruthenium; is a hard white metal in the platinum group of chemical elements. Its discovery in 1844 is generally credited to an Estonian chemist, Karl Kraus, although the oxide of the metal was first isolated in 1827 by Emile Osann, a German physician. The name ruthenium derives from a medieval Latin name for Russia, since the metal was first found in the Ural Mountains in association with other ores of the platinum group. Such ores, which also occur in North and South America, are the source of ruthenium, which is extracted from them by a complex chemical process.

Ruthenium is alloyed with metals such as iridium, osmium, palladium, platinum, and rhodium to increase their hardness. It is also alloyed with titanium to improve the corrosion resistance of that metal. Ruthenium is electrodeposited to make very durable electrical contacts, and it is a useful catalyst in some chemical reactions. 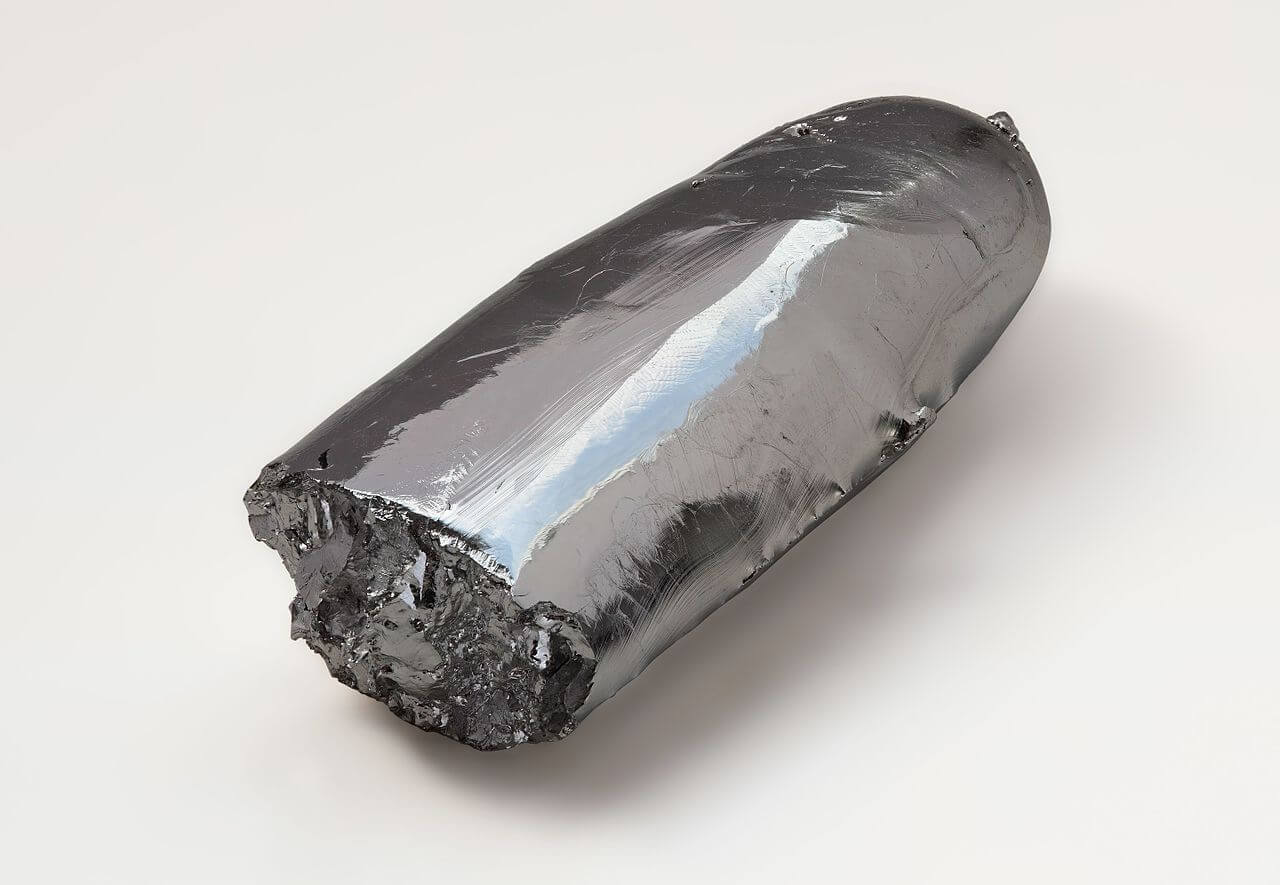 Ruthenium is located in Group VIII of the periodic table of the elements. It can exist in oxidation states of 1 through + 8, but the most common valence is +3. Its atomic number is 44, and its atomic weight is 101.07. The metal has a specific gravity of 12.4, and its hardness is comparable to that of iridium. It melts at about 2250° C (4080° F). There are 16 isotopes of the element. Seven are stable, of which the most abundant is ruthenium-102.

Ruthenium is very resistant to corrosion, but it oxidizes to the tetravalent and octavalent forms (RuO2, and RuO4.) , when heated to about 800° C (1470° F). The octavalent form explodes at that temperature. The metal is not attacked by hot or cold acids except in the presence of potassium chlorate, when it again oxidizes explosively. It combines with halogens and sodium peroxide or other caustic oxidizing mixtures. The most common compound of the metal is ruthenium trichloride (RuCl3). Numerous complex salts are also known.