Sun was born on Nov. 12, 1866, in Xiangshan county, Kwangtung province, South China. His parents were of peasant stock. When he was 12 he was able to join his elder brother, who had emigrated to Hawaii. There Sun attended Iolani School, an Anglican academy in Honolulu, and displayed an aptitude for English and for Western studies. After graduating in 1882 he returned to China. A rebellious youth, he was banished from his village for desecrating a temple idol. He then went to Hong Kong, where he was baptized a Christian and in 1892 became a physician.

Soon abandoning medicine, he went to Tientsin and tried to interest the powerful Chinese official Li Hung-chang in a proposal for broad reform. Rebuffed by Li and already strongly opposed to the ruling Ch’ing (Manchu) dynasty, Sun began his career as a revolutionary.

In 1894, Sun left China for Hawaii, where he formed the Hsing Chung Hui (Revive China Society) among the local Chinese. He set up a main branch in Hong Kong in January 1895 and, in league with secret societies, staged an abortive revolt at Canton that October.

Sun spent the next 16 years in exile traveling about the world in search of support for his revolutionary movement. He became a familiar figure among overseas Chinese and gained international fame after Ch’ing government agents in 1896 attempted to kidnap him in London. During his exile Sun spent considerable time in Japan. The rising tide of revolutionary sentiment among Chinese students abroad led in 1905 to the founding of the T’ung Meng Hui (Revolutionary Alliance) in Tokyo, with Sun as its elected head. Thereafter he was able to broaden the base of his support by attracting intellectuals from throughout China to his cause. 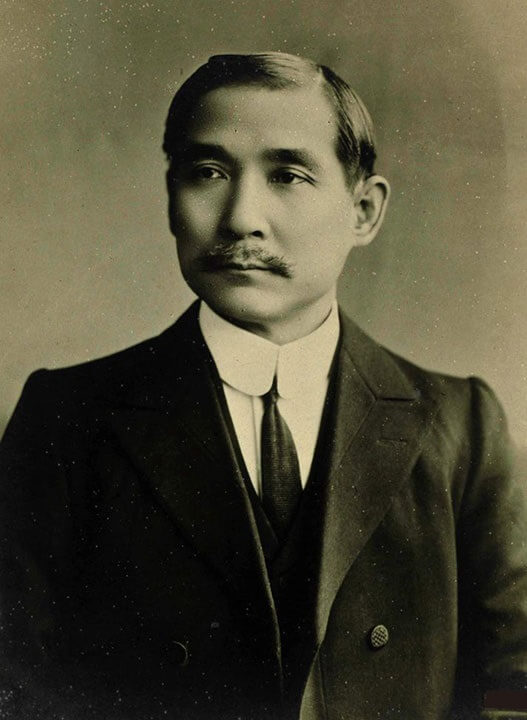 In 1905, Sun first propounded his Three Principles of the People: nationalism, democracy, and livelihood. His influence spread and revolutionary activity in China increased, yet attempts to foment uprisings continued to fail. Sun helped direct no less than 10 abortive uprisings prior to the successive revolt that broke out unexpectedly in Wuchang in Oct. 10, 1911.

On learning of the Wuchang Revolt, Sun proceeded to London and Paris on a diplomatic mission on behalf of the revolution. He returned to China in late December 1911 amid great fanfare. Elected provisional president of the Republic of China, he assumed office on Jan. 1, 1912, at Nanking. In February, however, he resigned in favor of a rival—the powerful northern military leader Yuan Shih-k’ai—in order to avert civil war.

After the transfer of the republican capital to Peking, the T’ung Meng Hui was formed into a legitimate political party, the Kuomintang, or Nationalist party. Sun was elected party director but proved to be more attentive to schemes for national reconstruction, including railroad development, than to party issues.

Sun became immersed in politics again in 1913 after Yuan Shih-k’ai acted to suppress the Kuomintang and to make himself emperor. Sun supported anti-Yuan forces in a short-lived resistance, then took refuge in Japan. There, in 1914, he sought Japanese aid and reorganized the Kuomintang, placing it under his direct control and renaming it the Chung-hua Komingtang (Chinese Revolutionary Party).

Sun returned to China shortly before Yiian’s death in 1916, intent upon implementing his revolutionary program. However, he had to contend with military leaders who succeeded Yuan in power at Peking. Sun set up a rival regime at Canton in 1917, but withdrew his support the following year, when southern warlords on whom he depended for support moved to dominate his regime. After a two-year sojourn in Shanghai, he returned to Canton determined to establish a base from which his party might reunify China. 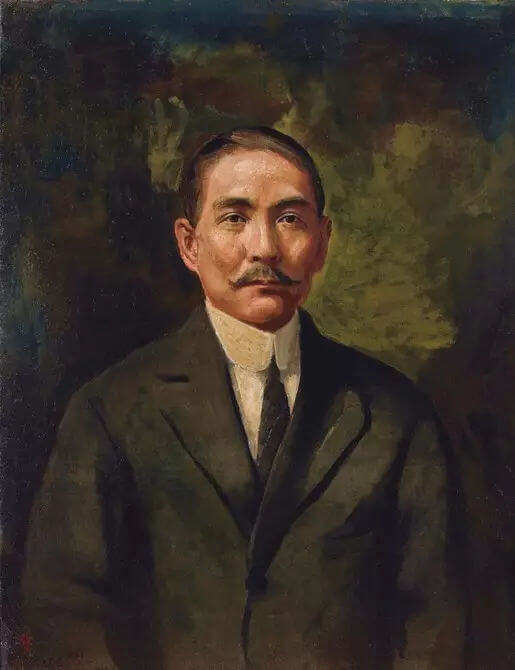 Sun inaugurated a republican government at Canton and fostered a regional military buildup, despite opposition from southern warlords. He also accepted Soviet and international Communist backing, which in 1923-1924 led him into an alliance with the Chinese Communists. The result was the restructuring of the Kuomintang and the creation of a party-directed army. Sun died in Peking on March 12, 1925.

Throughout his career Sun was a fervent nationalist and visionary who strove to make China strong and modern. Mainly Western-trained, he was more detached from traditional influences than most of his compatriots in China. His revolutionary principles were broad and flexible, encompassing ideas he learned from the world at large. Although impulsive in his actions, Sun was a natural leader whose patriotism, courage, and integrity endeared him to his countrymen.