Donald Alexander Smith; (1820-1914), Canadian businessman and political leader, who was instrumental in ensuring the success of the Canadian Pacific Railway. He was knighted in 1886 and raised to the peerage in 1897 as lst Baran Stratheona and Mount Royal.

Smith was born in Forres, Morayshire, Scotland, on Aug 6, 1820. He went to Canada in 1838 in the employ of the Hudson’s Bay Company. He spent 13 years in Labrador, after which he was stationed in the Northwest, where he became a chief factor of the company. Later he was resident governor, chief cornmissioner, and, in 1889, governor of the company. 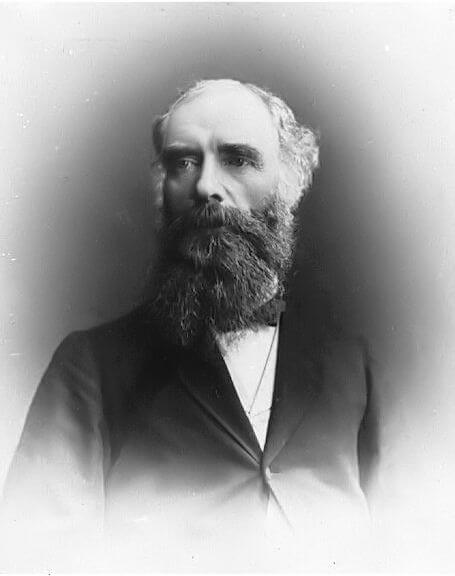 In 1869 the dominion government appointed Smith to investigate the insurrection led by Louis Riel. On the organization of the province of Manitoba in 1870, Smith was elected to its legislature as member for Winnipeg, and served until 1874. In 1871 he also was elected to represent Selkirk in the Canadian House of Commons, and remained there until he lost his seat in 1880. Meanwhile, he also served on the Northwest Territorial Council. Reelected to Commons for Montreal West in 1887, he served until 1896, when he was appointed to represent the Dominion of Canada in London as high commissioner.

He retained this position until his death, as he did the governorship of the Hudson’s Bay Company. Early in his career, Smith backed Sir John Macdonald, the Conservative leader, but at the time of the Pacific Scandal in 1873, he transferred his support to the Liberals. After 1878, Smith gaye Macdonald independent support on fiscal and railway policy. Connected with many commercial undertakings, Smith was particularly involved with railway development in Canada. Although for political reasons he was not a member of the syndicate that built the Canadian Pacific, he rescued that venture from near collapse.

Smith served as president of the Bank of Montreal, governor of Fraser Institute, and governor and chancellor of McCill University and of the University of Aberdeen. He made substantial gifts to several universities and hospitals and endowed McGill’s Royal Victoria College for the higher education of women. During the South African War, he financed a unit of mounted rifles. He died in London on Jan. 21, 1914.