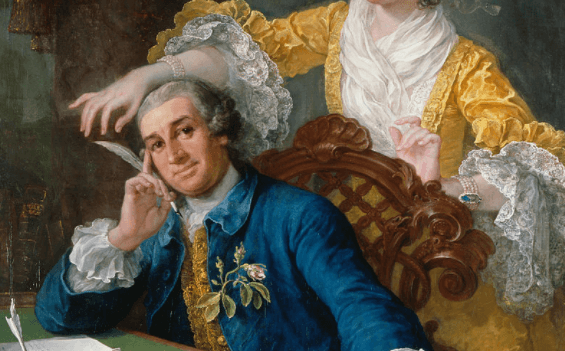 David Garrick; (1717 – 1779), English actor, manager, and dramatist, who was one of the most versatile personalities in English stage history. As an actor he was equally at home in tragedy, comedy, and farce, and he raised the acting profession from vagabondage to respectability. As his own manager for 29 years, he freed the stage of spectators and made innovations in scene design and stage lighting. As a dramatist he wrote original pieces and adapted the work of others.

Garrick was born in Hereford, England, on Feb. 19, 1717. He attended Lichfield Grammar School and spent a few months at an academy in Edial operated by Samuel Johnson. After failing in the wine trade he made the theater his profession. He acted clandestinely at Goodman’s Fields Theatre, an unlicensed playhouse, appeared successfully in a variety of parts at Ipswich, and returned to Goodman’s Fields to make his formal debut on Oct. 19, 1741, as Bichard the Third.

Garrick’s immediate success affected business at the two licensed theaters, Drury Lane and Covent Garden, and their managers lost no time in seeing to it that Goodman’s Fields was closed. Garrick acted for several years at Drury Lane. In his only Covent Garden season (1746-1747), his “natural” acting eclipsed the neoclassic style of James Quin, the greatest tragedian of the day, who was a member of the same company. As a result of this success, Garrick became an actor-manager. On Sept. 15, 1747, he and James Lacy, as co-managers of Drury Lane, opened a new era in stage history.

Garrick’s great roles included four from Shakespeare—Hamlet, Lear, Richard the Third, and Benedick (in Much Ado About Nothing). Others were Lusignan in Aaron Hill’s Zara, Kitely in Jonson’s Every Man in His Humour, Archer in Farquhar’s Beaux’ Stratagem, Abel Drugger in Jonson’s The Alchemist, Sir John Brute in Vanbrugh’s The Provoked Wife, and Leon in Fletcher’s Rule a Wife and Have a Wife.

In 1749, Garrick married a Viennese dancer, Eva Marie Veigel, and their exemplary private life gave new dignity to the acting profession. The Garricks vacationed on the Continent in 1763-1765, when he sensed a dampening of public ardor. They then returned to an enthusiastic reception. After Lacy died in 1774, Garrick was sole manager of Drury Lane until his retirement in 1776. He died in London on Jan. 20, 1779, and was buried in Westminster Abbey. 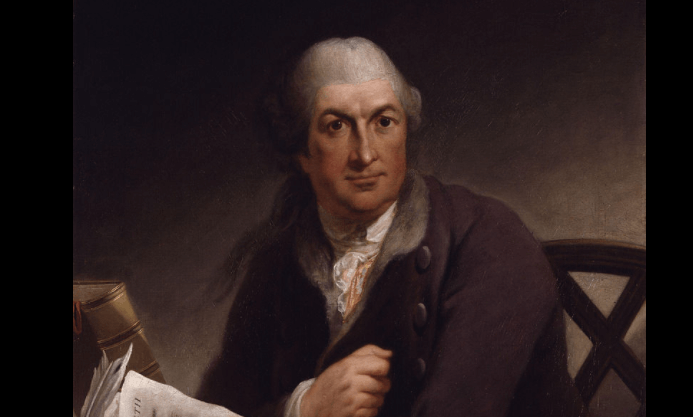 Garrick wrote 16 original plays, most notably The Clandestine Marriage (1766), in collaboration with George Colman the Elder. He made nine adaptations of French and English plays and altered 15 English classics—eight by Shakespeare. Garrick gained a reputation for “restoring” Shakespeare’s texts, but his devotion did not prevent him from adding his own scenes and speeches as “improvements.”