Who was Cecilia Meireles? Information on the life and most important works of the Brazilian poet Cecília Meireles, who is considered one of the greatest representatives of Brazilian modernism. 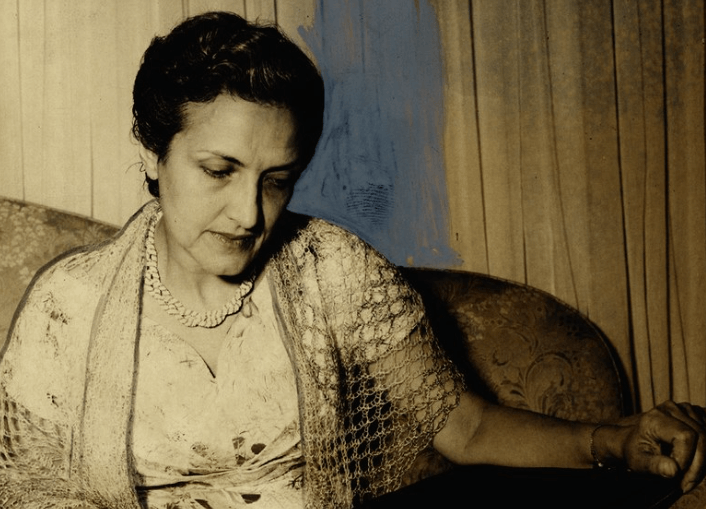 He joined the literary group of Revista Festa, a conservative Catholic group. From this connection he inherited the spiritualistic bent that is often seen in his works. Although he is mostly known as a poet, he left works in the field of stories, chronicles, children’s literature and folklore.

Cecília Benevides de Carvalho Meireles (1901-1964) was born on November 7, 1901 in Rio de Janeiro. She lost her father a few months before her birth and her mother shortly after her 3rd birthday. He was raised by his maternal grandmother, Jacinta García Benevides, from Portugal.

Cecília Meireles attended primary school at the Estácio de Sá School, where she received a gold medal from Olavo Bilac for taking the course with honor and privilege. She graduated as a teacher from the Escola Normal de Rio de Janeiro in 1917. She studied music and languages. She began teaching in public schools in Rio de Janeiro.

In 1919, Cecília Meireles published her first book of poetry, “Espectros”, composed of 17 sonnets with historical themes. In 1922, on the occasion of the Modern Art Week, Tasso da Silveira joined the Festa magazine group with Andrade Muricy and others, defending the universality and preservation of certain traditional values ​​of poetry. That same year she married the Portuguese artist Fernando Correia Dias, with whom she had three daughters.

Cecília Meireles studied literature, folklore and theory of education. Wrote on folklore in the Rio press. He worked as a journalist in 1930 and 1931 and published several articles on education. In 1934 he inaugurated the first children’s library in Rio de Janeiro. Cecilia’s interest in education turned into textbooks and children’s poetry.

In 1934, at the invitation of the Portuguese government, Cecília traveled to Portugal, where she gave lectures promoting Brazilian literature and folklore. In 1935, her husband died.

Between 1936 and 1938 Cecília taught Luso-Brazilian Literature at the Federal University of Rio de Janeiro. In 1938, her collection of poems “Viagem” received the Poetry Prize from the Brazilian Academy of Letters. In 1940 she married professor and agricultural engineer Heitor Grilo.

That same year, Cecília taught Brazilian Literature and Culture at the University of Texas. He gave a lecture on Brazilian literature in Lisbon and Coimbra. He published the article “Batuque, Samba and Macumba” with his own drawings in Lisbon.

In 1942, Cecília became an honorary member of the Real Gabinete Português de Leitura in Rio de Janeiro. She has made several trips to the United States, Europe, Asia and Africa, and has taught classes in Literature, Education and Folklore.

Characteristics of the work of Cecília Meireles

Obviously, Cecília Meireles was never associated with any literary movement. Her poetry generally adheres to Luso-Brazilian lyrical traditions. Despite this, her first publications show a certain inclination towards symbolism, combining religiosity, hopelessness and individualism. In the realm of solitude there is mysticism, but there is awareness of her gifts and destiny:

“I sing because the moment exists
and my life is complete.
-Neither happy nor sad:
I am a poet.”

Cecília Meireles has developed a reflective poem with a philosophical background that addresses issues such as the transience of life, time, love, eternity and nature. Cecília was an intuitive writer who always sought to question and understand the world from her own experiences.

Cecília Meireles died on November 9, 1964 in Rio de Janeiro. She was exhibited at the Ministry of Physical Education and Culture. In 1989, Cecília Meireles was honored by the Central Bank with her portrait on one hundred New Crusader banknotes.