Ernst Haeckel; (1834-1919), German biologist, who gave enthusiastic support to Darwin’s theory of evolution and made important discoveries in embryology and zoology. 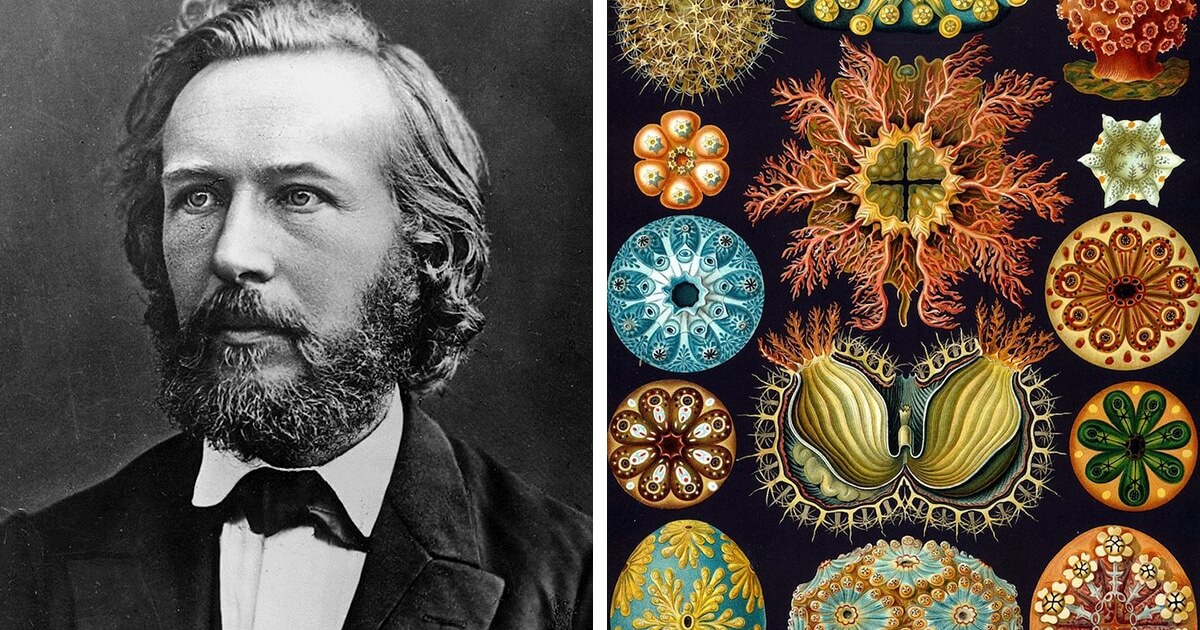 Haeckel was born in Potsdam, Prussia, on Feb. 16, 1834. After studying botany under Matthias Schleiden at the University of Berlin, he studied medicine under Rudolf Virchow and Albert von Kolliker at the University of Würzburg and under the physiologist Johannes Peter Muller at the University of Berlin, where he earned his M. D. in 1857. He soon abandoned medical practice, however, to travel in Italy. At this time the solid religious convictions of his youth began to disintegrate, and he even began to doubt the possibility of a deeper understanding of natural phenomena. Nevertheless, his friends von Kolliker and Karl Gegenbaur induced him to join a scientific expedition to Messina, where Haeckel studied Radiolaria. The publication of his results in 1862 established his career in zoology. On the merit of this work and on Gegenbaur’s recommendation, Haeckel was called to the University of Jena, where he held the chair of zoology from 1865 until his retirement in 1909. He died in Jena on Aug. 9, 1919.

When Charles Darwin published his theory of organic evolution through natural selection, Haeckel quickly and wholeheartedly adopted it, and the effort to substantiate it subsequently gave purpose to Haeckel’s biological investigations. Never doubting the validity of Darwin’s idea, Haeckel became Darwin’s exponent on the Continent. But unlike his counterpart in England, Thomas Henry Huxley, who used quiet, painstaking logic to urge acceptance of Darwin’s theory, Haeckel advocated the theory with unfaltering dogmatic assertion, backed by the force of his dynamic personality. He and his followers shouted down objections and disclosures of any inconsistencies and errors. By and large, most German scientists in the mid-1860’s were not very interested in the problem of evolution, but gradually and reluctantly, they came to accept it.

Haeckel’s major work, Generelle Morphologie der Organismen (1866), presented strong evidence for Darwin’s evolutionary theory but was too technical for the general public. Therefore in 1867 he prepared a popular version, entitled Natürliche Schöpfungsgeschichte, which went through many editions and was translated into English as History of Creation. This was followed in 1874 by another popular book, Anthropogenie (Evolution of Man). These books found a receptive audience among the liberal-minded people who were demanding social reform, especially because Haeckel concluded that progress is a law of nature, necessary and irresistible.

At the University of Jena, Haeckel continued his studies of Radio-laria and also studied sponges, medusae, siphonophores, and a no-longer recognized group— Monera—attempting to classify many of the species according to their evolutionary relationships. Most of the major groupings in his systematic schemes have stood the test of time, but many of the subdivisions have been revised. Careful attention to detail was not one of Haeckel’s strong points. He preferred to theorize, at times even appearing to leave the world of fact.

Haeckel is also remembered for his development of the now-discarded biogenetic law, which states that the developmental history (for which Haeckel coined the term “ontogeny”) of an organism recapitulates its evolutionary history or phylogeny. In other words, during its development, each organism passes through stages in which it resembles, in sequence, its ancestors. Application of this idea led to the drawing of innumerable phylogenetic trees, many of which were redrawn by Haeckel, who often dropped or modified details that did not fit his theory. For this practice he was held in disrepute by many scientists, and in fact the idea that ontogeny recapitulates phylogeny had largely been disproven even before Haeckel tried to popularize it.

Haeckel also enunciated a gastrea theory, that all multicellular organisms have descended from a common ancestor with two cell layers. This theory directed the course of embryological research for half a century. 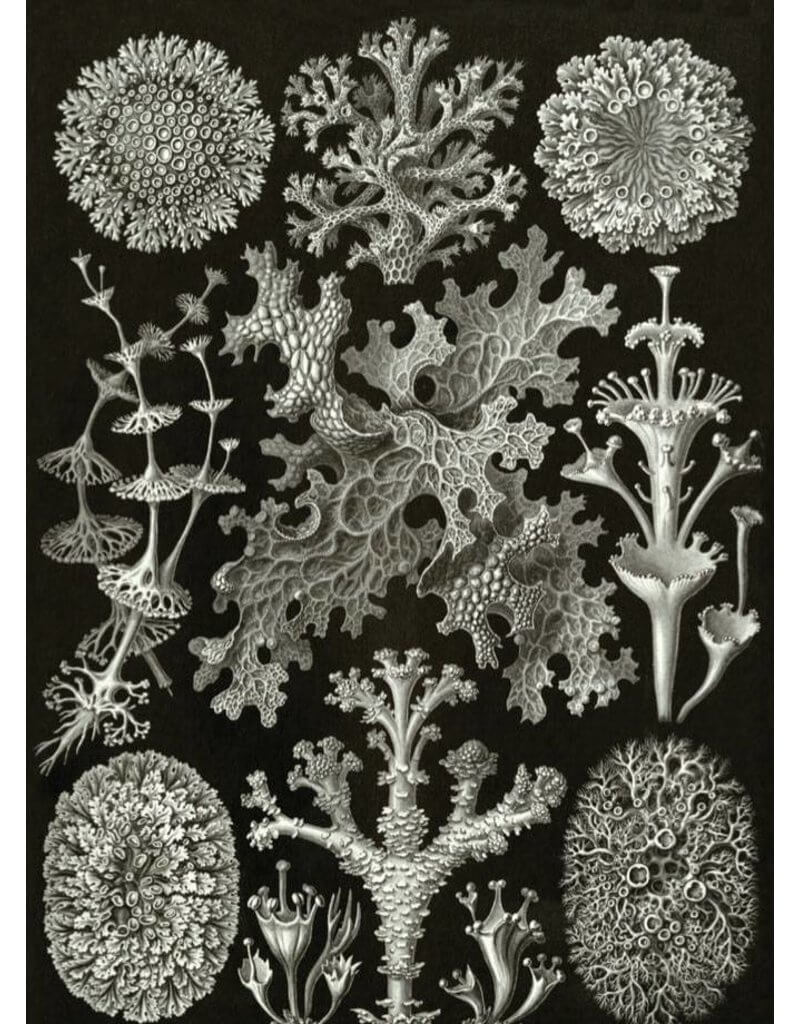 As he became older, Haeckel drifted further from the facts of science and more into a romantic philosophy. Starting with a belief that all things, living and inanimate, are understandable in purely mechanistic terms, he espoused a concept of monism. For him, all duality in nature was explained away by the idea that all things are composed entirely of atoms, each of which has a soul.

Haeckel exerted a strong influence on the direction of biological thought and research. Many of his ideas were borrowed, and his proofs were often full of flaws yet through positive, effective exposition, he defined issues and provoked a flood of discussion and research. On a wider scale, he occupies a unique position in the history of modern thought as an extraordinarily effective propagandist and apostle of intellectual liberalism.