The Boy in Striped Pajamas is the first Irish book published by John Boyne in 2007. Although the book is a children’s book, it has managed to appeal to readers of all ages since its publication.

It was also a book that I really liked. I think the most striking feature of the book is the subject matter. The book, which tells the story of a boy who lived in Nazi Germany during WWII, is the kind you can’t get rid of for days after you’re done. Since it is a children’s book, the language of the book is quite plain and simple. For this reason, it is very fluid and immersive, and it is a book that you cannot get rid of when you start. I would definitely recommend it to readers of all ages. 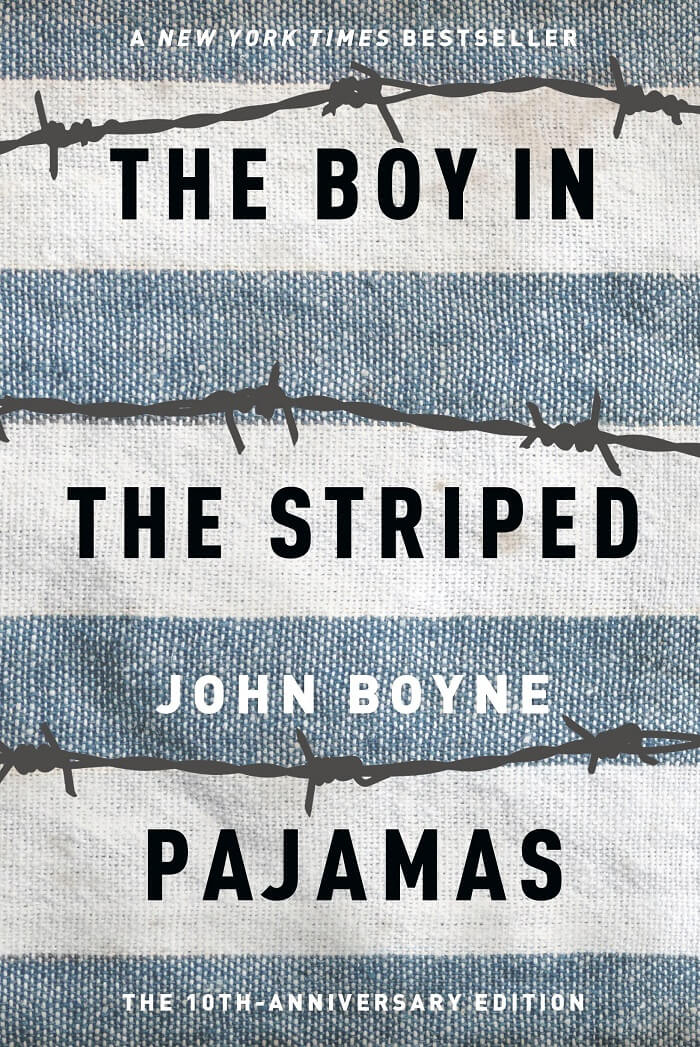 Brief Summary of The Boy in the Striped Pajamas

The brief summary of the book is as follows: Bruno is a nine-year-old boy who lives in a five-story house with his sister, a twelve-year-old mother and father, a Nazi officer, whom he described as a “Desperate Case” in Berlin, Germany.

One day, the Führer – Bruno thinks his name is Fury – arrives at Bruno’s house for dinner. His parents are very excited that Fury apparently is important. After that dinner, Bruno learns that his father has been promoted at work, so they will move to a place called Out-with (Auschwitz). He is very upset about this, because he loves his surroundings and his friends.

When they move out, many soldiers go in and out of the house. Bruno is very upset about this because he has never liked soldiers. Every day a teacher comes to her house and gives her older sister and Bruno some lessons. Although his teachers attach importance to the history lesson and see art and reading as a waste of time, Bruno loves reading adventure books and hates history. But with his sister’s teachers and where they live, she becomes a true Nazi. Bruno is so lonely, there is not a single house around his house, but behind the wire fences around the garden are thousands of men and boys, all wearing identical striped pajamas. Bruno saw all this through the window of his room.

One day, Bruno decides to go on an expedition to the garden with the effect of the adventure books he reads. After walking a long way along the threads, he sees a boy in striped pajamas and a shaved head sitting on the other side of the chain-link fences. The child is very weak and very sad. And Bruno sits by the fence, like the other boy, and they start chatting. He finds out that the boy’s name is Schmuel. Shortly after Bruno walked through the wire fences every afternoon and sat on the ground and chatted with Schmuel, it became routine, the two of them being very good friends. Sometimes he takes food out of the kitchen and puts it in his pocket, brings it to Schmuel and is glad to see the happiness on the boy’s face. Bruno no longer misses his best friends before moving to Out-With so much, without even remembering his names. Now his best and only friend is Schmuel.

As time passed, Bruno, who began to complain that there were no other soldiers around him and said that two children could not be raised in such an environment, tells his father that he wants to return to Berlin Although his father did not accept it when he first heard it, he later admitted that it was a logical idea, that everyone was happier there. Therefore, preparations for relocation begin. But Bruno is not so eager to go back to Berlin. He doesn’t want to leave Schmuel.

The day before Bruno moves in, when he goes to see Schmuel, he finds him even more upset than he is. He says they took his father to work and then he didn’t come back. Then they decide to look together for Schmuel’s father wearing those striped pajamas. But despite their hours of searching, they can’t find a trace of his father. Just as Bruno returns home, the soldiers surround them and say that they will take them for a walk. No one has a clue what it is to walk. But Bruno and Schmuel never return from that ride.