Alexander Fleming; (1881-1955) British bacteriologist, who discovered lysozyme and penicillin. For his discovery of penicillin he shared the 1945 Nobel Prize in physiology or medicine with two other British scientists-Howard Walter Florey and Ernst Boris Chain-who had studied it later. 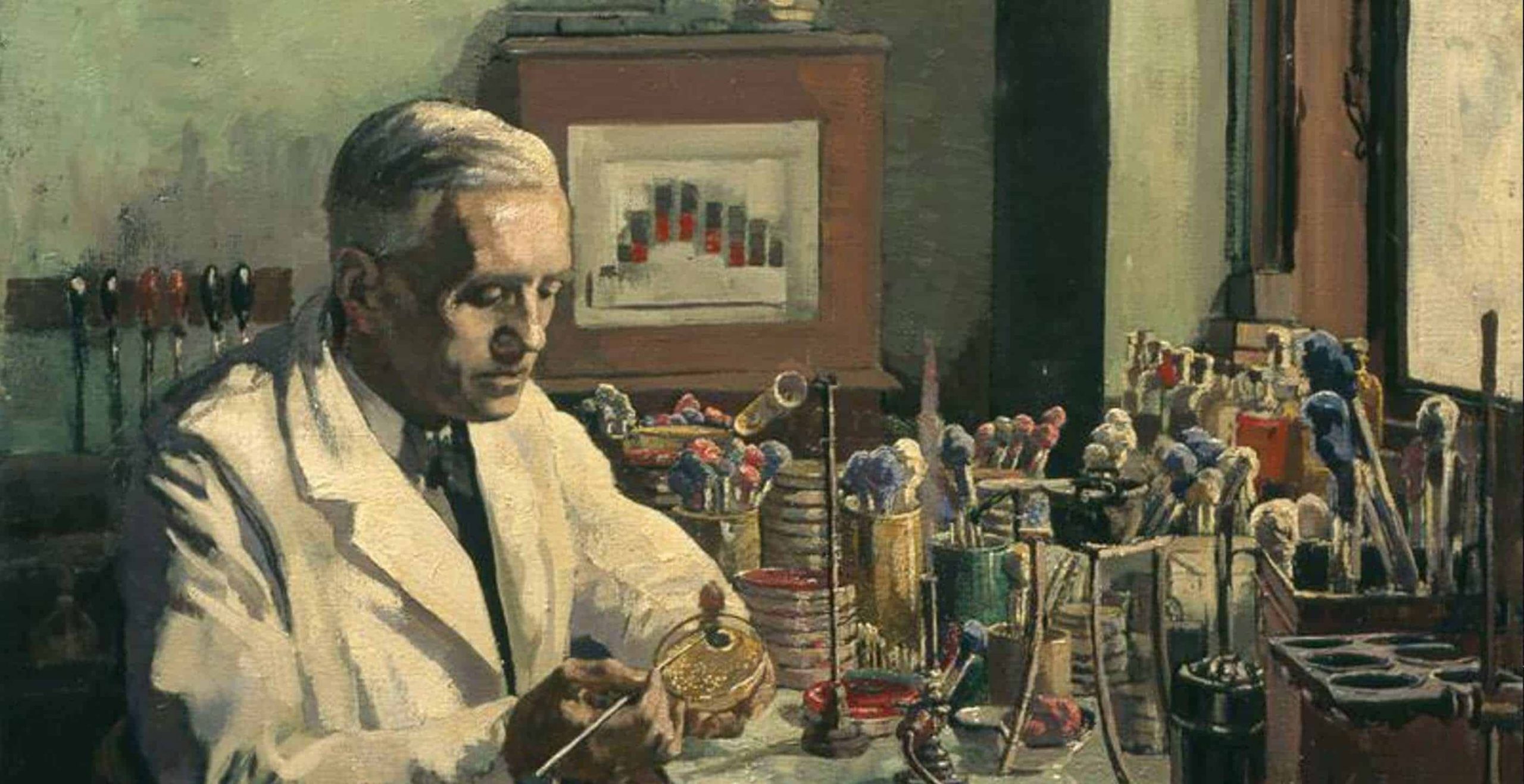 Fleming became interested in the problems of disinfection and the use of antiseptics on wounds during World War I, and af ter the war he continued to search for antibacterial substances that were not toxic to normal tissues. Although antibiotics are commonly thought of as a post-World War II development, Fleming in his obel lecture pointed out, “To my generation of bacteriologists the inhibition of one microbe by another was commonplace.”

In 1921, Fleming isolated and deseribed such an antibacterial agent, which he called lysozyme. Lysozyme is an enzyme found in tears and muceous secretions as well as in egg albumin and other natural substances. it inhibits certain bacteria, but not those that are harmful to man. This discovery stimulated Fleming’s interest, however, and he eontinued to search for antibacterial substances. In the fall of 1928, while experimenting with staphylococcus bacteria cultures, Fleming noted that one eulture plate that had been exposed to the laboratory air for a few days was contaminated by a mold and that the bacteria had dissolved and failed to grow in an area around the mold. He identified the mold as a species of Penicillium and named the powerful antibacterial substance, which is a by-product of the mold’s growth, penicillin. He then found that penicillin was nontoxic and that it inhibited the growth of many harmful bacteria.

Fleming’ s discovery of penicillin has often been described as an example of pure chance in the advancement of science. It was chance that penicillin has a remarkably low toxicity for normal body cells while being active against many of the bacteria most harmful to man. It was not chance, however, that Fleming discovered such an agent, for he had long been looking for one. Fleming deseribed penicillin in a paper published in 1929, but thereafter, apparently because the chemica means at his disposal were insufficient, he was not able to obtain a sufficient quantity of the drug to use it in humans. It was not until 12 years later that Florey and Chain were able to obtain and purify enough penicillin for a clinical trial. 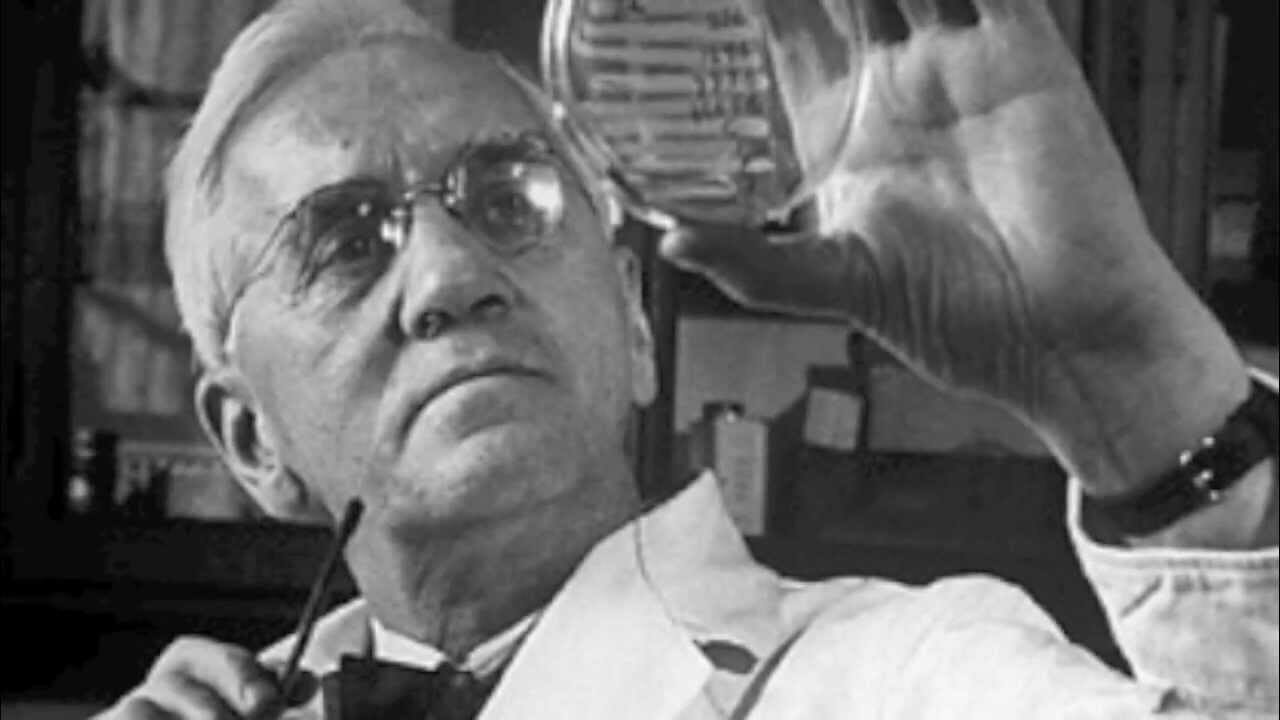 Alexander Fleming was born in Lochfield, Scotland, on Aug. 6, 1881. After preliminary schooling, he attended the Polytechnic in London. He then worked for four years in a shipping office before entering the medical school of St. Mary’s Hospital. He graduated in 1908 and began research in the laboratory of A.E. Wright, a pioneer immunologist.

After World War I, during which Fleming and Wright studied wound infections, they returned to St. Mary’s. Fleming became assistant director of the inoculation department and professor of bacteriology. After Wright’s death in 1947, he became director of what became the Wright-Fleming Institute. Fleming received many honorary degrees and awards, and in 1944, he and Florey were knighted. Fleming died of heart attack at his home in Chelsea, London on March ll, 1955.