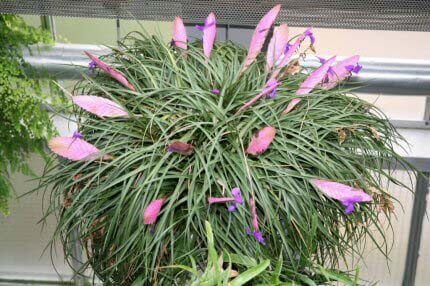 This is a rather peculiar slow growing plant that can be grown on stumps or on tree trunks. The roots are very tiny — virtually non-existent. Consequently, you should use shallow pots for growing indoors. This plant blooms once; after blooming, shoots will appear at the base of the mother-plant and they may be used for propagation. Its blooms are coloured in shades of pink and blue. It needs plenty of light, but no sun. If you want to attach it to a tree trunk, cover the roots with a good soil held in place by damp peat moss. Spray quite often with tepid water, and fertilize with very diluted soluble fertilizer. 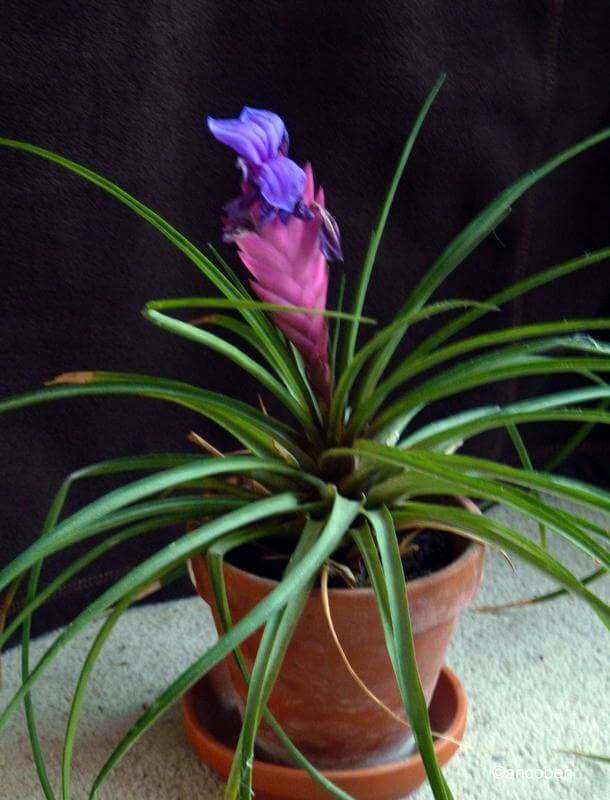