What is a tulip flower like? What are the species, cultivation and characteristics of tulip? Information on tulip flower.

TULIP, is the common name for any plant of the genus Tulipa of the lily family, Liliaceae. There are about 100 species native to Eurasia and North Africa. About 60 species of tulips are in cultivation, mostly in the collections of botanic gardens and specialists.

The commonly grown tulips—”garden tulips”— are of horticultural origin. No wild species is known with certainty to be a source of the garden tulips. Tulips grow from bulbs and have unbranched stems bearing one to nine usually showy flowers. Leaves range from long and narrow to ovate. Flowers, which may be erect or nodding, are urn- to saucer-shaped. Their three sepals and three petals (more in double varieties) are similar. There are six stamens, and the fruit is a three-chambered capsule with a great many flattened seeds. 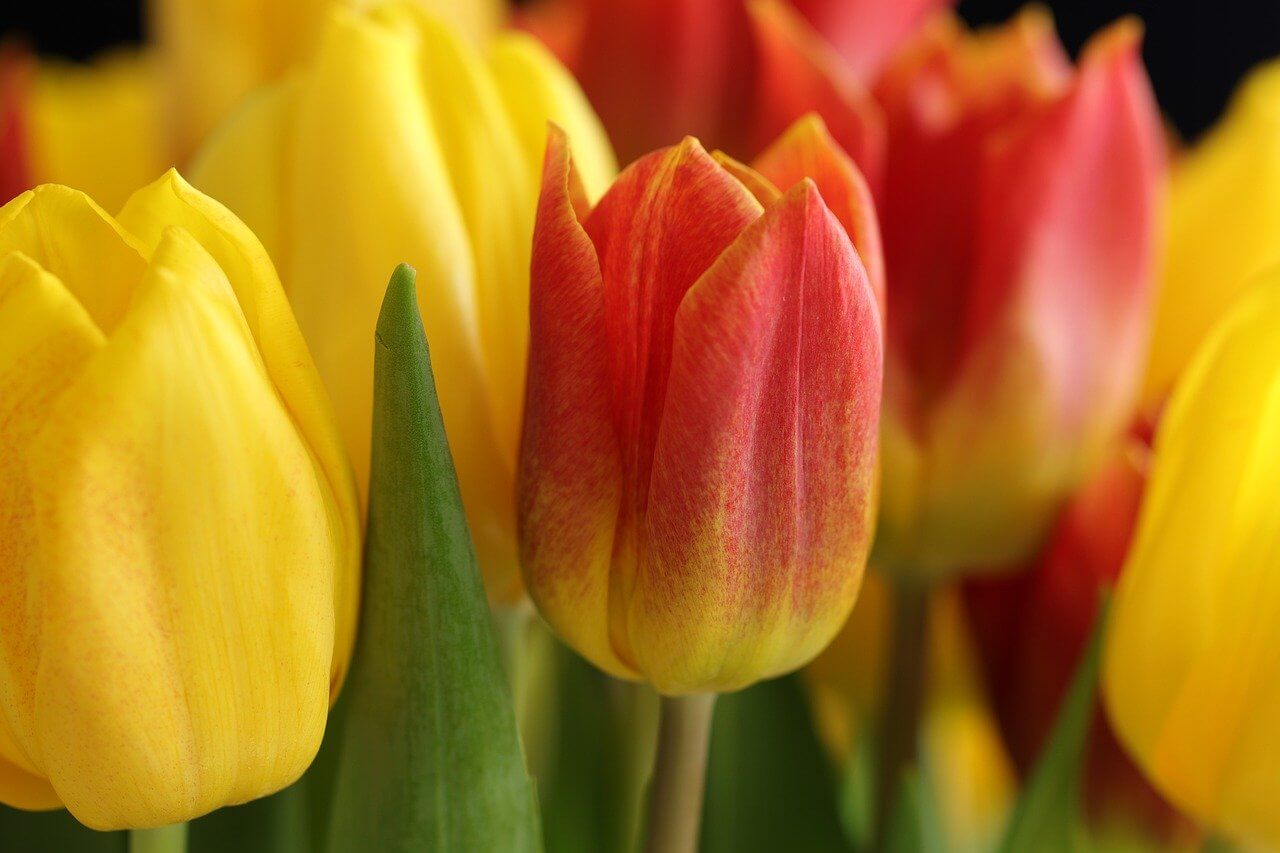 Garden tulips were introduced into Europe from Turkey during the latter half of the 16th century. The popularity of these plants increased rapidly. From 1634 to 1637, during the so-called tulip mania, the wildest speculation in tulips prevailed. Enormous prices were paid for individual bulbs—for example, about $5,200 for a bulb of the variety Semper Augustus. Today, tulips are an important horticultural crop in the Netherlands. Many are raised commercially also in Belgium, England, the northwestern United States, and in British Columbia.

Most garden tulips are the product of years of breeding and selection. Garden tulips are divided Into several classes, differing mainly in time of bloom, in flower shape, and in size of plant. Within each of these classes are varieties, differing mainly in color of flowers. Nearly 4,000 varieties of garden tulips have been named. Two months of continuous bloom may be had by use of tulips belonging to the various classes, which, in approximate order of blooming, are Early Single, Early Double, Mendel, Triumph, Darwin, Lily-Flowered, Parrot, Breeder, and Double Late.

Species tulips, for the most part, are those that have not been modified or have been modified only little through cultivation. They are similar to various wild species of Tulipa. Many species tulips are especially suited to rock gardens. Among these are Tulip biflora, T. celsiana, 7 . kauf-manniana and its varieties, T. linifolia, T. praestans, T. tarda, T. turkestanica, and T. urumiensis. Others, of larger stature, such as T. eichleri, T. fosteriana and its varieties, T. praecox, and T. whittallii, are useful for borders or beds. Species tulips are the first tulips to bloom in the spring. 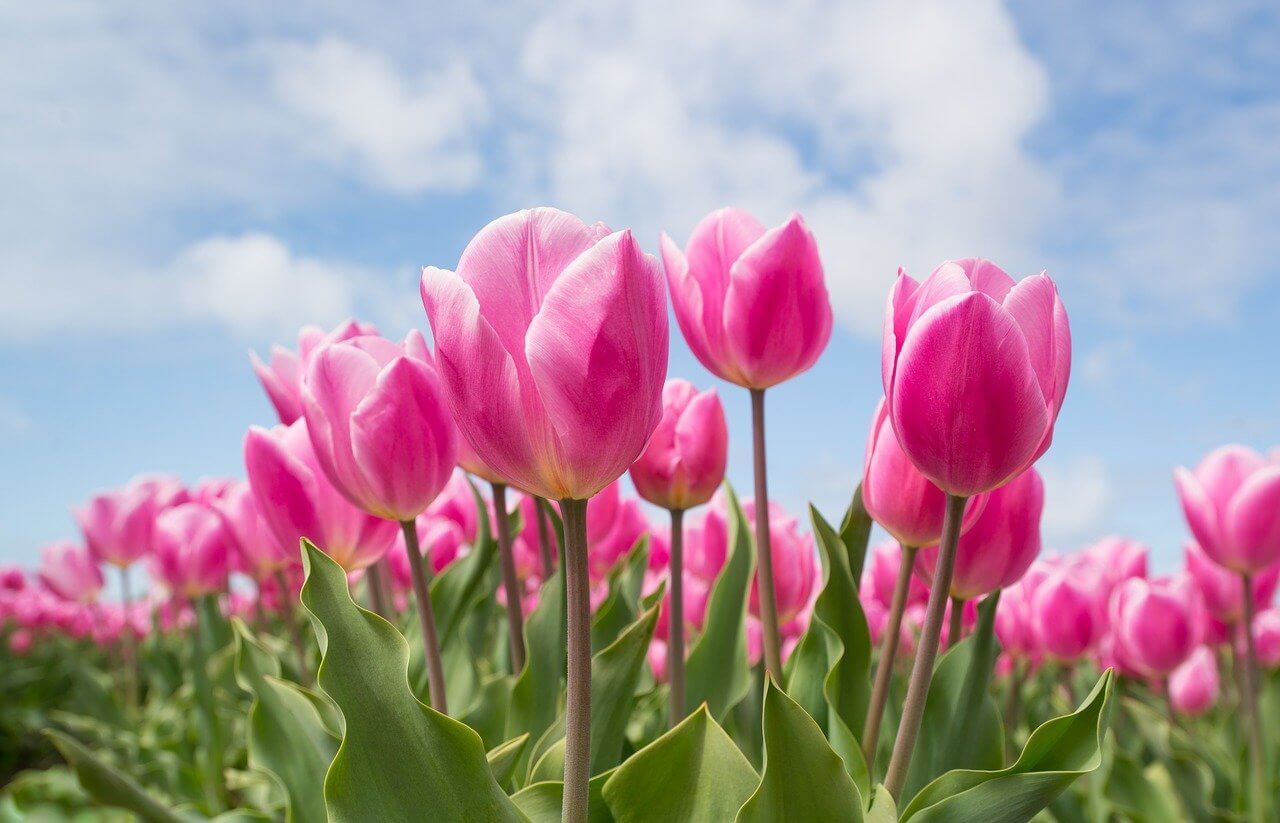 Tulips will grow in almost any garden soil but thrive best in well-drained loam. The bulbs should be planted in midautumn 5 to 6 inches (12.5-15 cm) apart and should fiave at least 4 inches (10 cm) of soil above them. After the flowers have died, the leaves should not be removed before they turn yellow, in order to allow them to manufacture food for next season’s growth. Garden tulips should be lifted after several years. When taken up, they should be cleaned, dried in the shade, and stored in a cool place until planting time. Most tulips are free producers of offsets that can be removed from the bulbs and used for propagation. For house and greenhouse use, tulips may be planted in flats or pots in midautumn and kept in a dark cool place until roots are well developed and the leaves begin to appear. Then they may be taken into a temperate room and gradually inured to light and higher temperature.