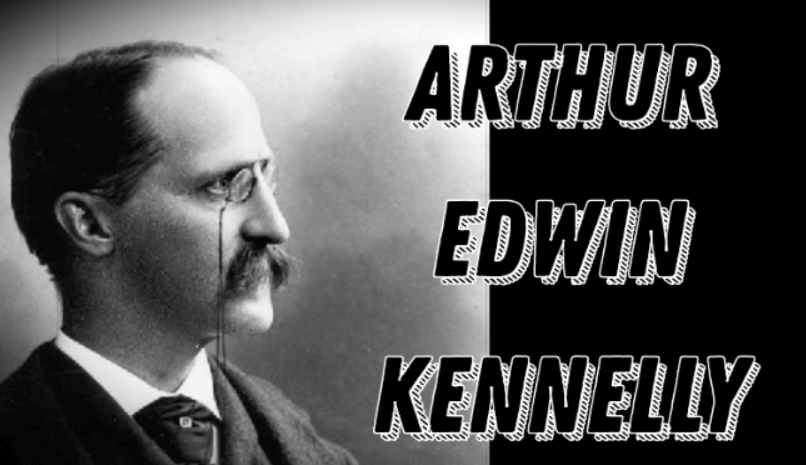 Arthur Edwin Kennelly; American electrical engineer: b. Bombay, India, Dec. 17, 1861; d. Boston, Mass, June 18, 1939. Educated in English and Continental secondary schools, he served his apprenticeship in his chosen profession, first in England as an electrician with the Eastern Telegraph Company from 1876 to 1887 and then in the United States as principal electrical assistant to Thomas A. Edison until 1894. In the latter year he joined in organizing the firm of Houston and Kennelly, consulting engineers, in Philadelphia, and in 1902 he was appointed professor of electrical engineering at Harvard, a post he held until his retirement in 1930. He was also a senior member of the staff of the Massachusetts Institute of Technology from 1913 to 1924.

Kennelly was the author or coauthor of more than two dozen books and several hundred scientific papers. Some of these reveal most vividly his mathematical genius, while others show his broad grasp of fundamental engineering principles.

Perhaps his most enduring contribution, for which several countries and societies awarded him medals and honors, was the work of his later years in establishing important electrical units and standards which have been adopted internationally. His name is best remembered because of his inspired prediction, made in 1902, that an ionized layer, now known as the Kennelly-Heaviside layer, exists in the upper atmosphere to reflect radio waves around the earth.