What is lyric poetry? Origins of lyric poetry. Lyric poetry history, in the ancient Greek, middle ages and after 1600.

Lyric Poetry; is verse in which the structure suggests some of the qualities of music, and the subject matter deals with personal responses to emotionally significant experiences. Narrative and dramatic poetry share these characteristics to a degree, but the lyric poem is entirely devoted to them, neglecting the continuity of events in time necessary to a narrative and making little of the representational dialogue necessary to a dramatic poem. Although the lyric poem may contain narrative and dramatic elements, these are always subordinated to the ends of lyricism—the fusion of intellectual perception and states of feeling in word patterns that reinforce the combination through rhythm, imagery, and other sensory devices. 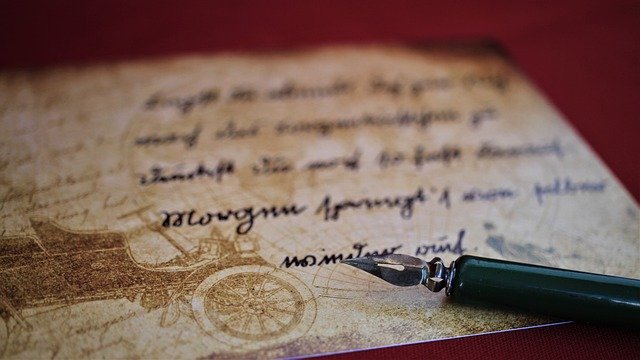 The rhythms found in lyric poetry are those built into human experience by the nature of the human body and the roles it plays in expressing feelings. To jump for joy, quiver with fear, rock with laughter—these expressions are common ways of indicating how emotional experiences take a physical form in rhythmic vibrations. The translation of these patterns into verbal forms was no doubt begun in rituals practiced by primitive man, and such translation continues today. Rocking a child to sleep, worshiping a deity, threatening an enemy, or bewailing the dead may have started as speechless practices. But as the human race developed the habit of verbalizing, the rituals took on accompanying words. Thus evolved such basic forms of lyric poetry as the lullaby, love song, hymn, war chant or marching song, and elegy.

When men began to perform tasks of labor in organized societies, the rhythms inherent in repetitious jobs developed into work songs. The songs chanted by boatmen on the Volga or by slaves in the cotton fields of the American South had ancient antecedents. Some of the earliest lyrics recorded (on the walls of the Egyptian pyramids, about 2500 b. c. ) are words sung by chairbearers, fishermen, and farmers.

Besides the Egyptians, other ancient peoples left recorded lyric poetry—the Sumerians, Babylonians, Assyrians, and Israelites among them. By far the most famous of these are the Hebrew poems in the Old Testament. The Song of Solomon is a sequence of erotic love lyrics. Ecclesiastes contains epigrams, gnomic verses, and folk riddles. Lyrical elements, eulogies, and celebration songs are scattered throughout the books of Kings. The most complete, collection of verses, however, is the Book of Psalms. These lyric poems were recited or sung to the accompaniment of a harp or other instrument. They represent many major types of ancient lyrical verse, including the hymn of praise, pastoral, lament, confession, and elegy. Not much is known about the metrics of Hebrew poetry, but the Psalms obviously depend on parallel statements, similes, metaphors, puns, metonymy, and apostrophe. 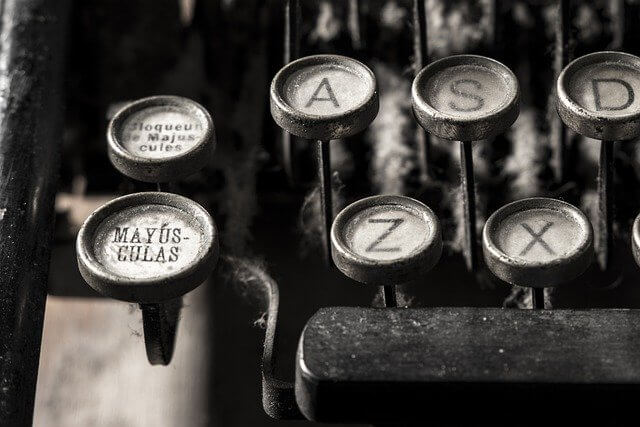 The Greeks contributed many examples of lyrical poetry as well as a critical terminology. The word psalm comes from the Greek psallein (“to twang upon a stringed instrument”), and lyric is derived from lyra, the lyre or harp used to accompany poetic recitations. For the kind of poetry sung to a sustained melody, the Greeks used the word melos. The emotional coloration of the song or recitation was heightened by tuning the instrument in an appropriate mode: Dorian for the solemn and stately; Lydian for the soft and feminine; Phrygian for the martial and warlike. The Greeks designated their many kinds of lyric poetry according to subject matter (for example, the paean, or song to Apollo), occasion (prothalamion, or bridal song), singers (partheneion, or maiden song), import (ode, or song of praise), or author.

Since many of the Greek lyric poets were known by name, Greek metrics were often characterized by the usage peculiar to certain authors. The anacreontic (a poem in the manner of Anacreon, using a combination of lyric measures) lent itself to convivial, amorous verse. The Pindaric odes were elaborate rhythmic and metaphorical combinations. The Sapphic used flexible meters to record the delights and agonies of physical love. Although Greek lyric poetry seemed to detail subjective or private emotions, it served a collective or public function as well, just as the Psalms had. The odes of Sophocles typified the Greek ability to make lyric poetry both an individual and a collective expression. 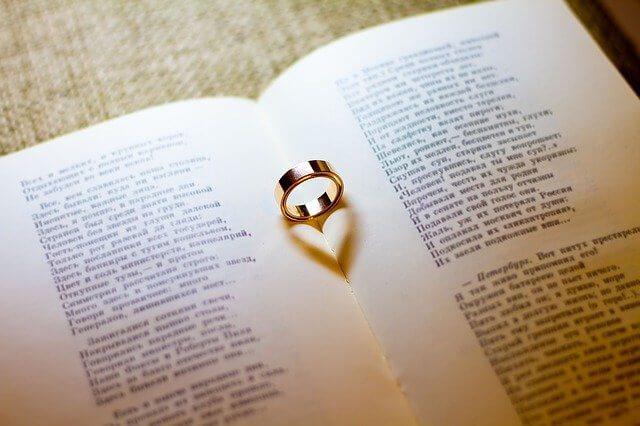 Latin poetry continued to use Greek themes and forms, often ingeniously but seldom contributing anything very original to the lyrical tradition. Tibullus, Propertius, Catullus, and Ovid perhaps injected a greater autobiographical strain into their poetry than did the Greeks. Vergil’s pastoral Eclogues and Georgics managed to combine propaganda for the Emperor Augustus with an elegant command of metrics and mythology. The Romans also left a slight body of criticism about lyric poetry, the most famous work being Horace s Art of Poetry.

Latin lyric poetry depended on unrhymed lines with rhythms determined by the laws of an inflectional language. As accentual verse the Latin lyric, like the Greek, was composed to be heard rather than to be read silently, though some post-Alexandrian verse was written for the eye rather than the ear. Greek lyrics were copied in the shape of eggs, wings, or altars—ideograms corresponding to their subjects. From comments by Horace and Petronius, it appears that Latin poetry was sometimes read aloud to accompaniment of the harp, but at other times no instrument was used. Thus the lyrical, or musical, quality had to be implicit in the poem itself or supplied by the reader’s tone and inflection.

Lyric Poetry in the Middle Ages:

Both Greek and Latin poetry was transformed by the Fathers of the Christian Church to suit devotional needs. The hymns of the Syrian Christian poet and theologian St. Ephraem (or Ephriam) are an early example. Hymns of penitence and praise were chanted or sung in a style of which the Gregorian chant remains representative. Christian lyricists also made use of the rhymes that late classical Latin poetry had started to include. By the 10th century the song sequences composed for church ceremonies were made up of many brief lyrics varying in line length, meter, and rhyme. 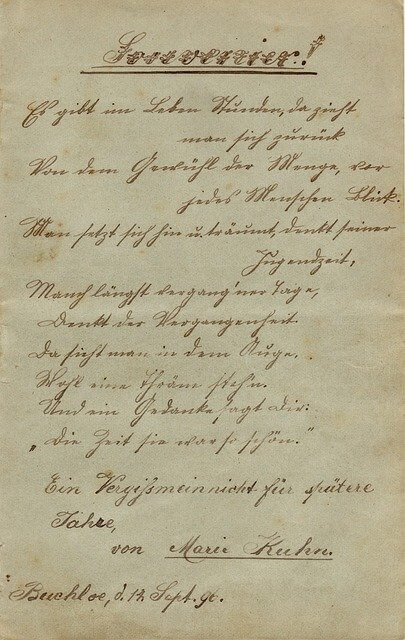 The Middle Ages also saw the rise of secular lyrics in western Europe. In France and Germany, goliards (wandering scholars) wrote songs about their experiences. Some songs like Gaude-amus Igitur (“Let us then be merry”) were in Latin. Others were jumbles of Latin and vernacular languages, and still others were in the kind of French, German, or Italian used in common speech. In England the heritage of Anglo-Saxon lyrical poetry was transmuted into folk songs and carols, ballads and art songs. Chaucer composed examples of these, but the anonymous secular lyrics, such as the Cuckoo Song (beginning “Sumer is i-cumen in”), and religious lyrics were equally adroit in technique. In France some of the first vernacular lyrics were those written by François Villon. Their language and references, being unliterary, are often indecipherable today. In Italy the late Middle Ages produced experiments with such lyrical forms as the canzone, sestina, and sonnet, which were more fully developed in later centuries.

The period 1100-1600 produced a notable range of lyric poetry in the Orient. Persian lyrics included the satire and the love song. The ancient lyrical tradition in China found new energy with marching songs, melancholy complaints, laments, pastoral descriptions, and philosophical reflections in lyrical meters and images. India and Japan also produced lyric poetry, though the Japanese haiku did not become widely popular until the late 17th century.

Since its beginnings in the late 16th century, modern lyric poetry has been indisputably affected by two cultural developments: the widespread use of the printing press and the expansion of the middle-class reading public. Nevertheless, from 1600 to the present, lyric poetry has retained the modes of expression inherited from the past.

The poem composed to be sung was highly popular during the Renaissance, particularly in England. Shakespeare, Ben Jonson, and Thomas Campion wrote songs about love and courtship, birth and death, that were meant for musical settings. Later, Dryden composed choral songs and odes for special occasions, and Congreve and Gay provided poetry that Purcell and Handel set to music. The lyric poem as song was a favorite with Shelley, Byron, and other romantic poets of the 19th century, and poems not originally intended as songs were given musical accompaniment to become art songs—Wilhelm Miiller s Die Winterreise, for example. By convention, the words of a song are called its “lyrics,” and some pop artists have cultivated a subtle correspondence between words and music in their compositions.

The lyric poem that is read aloud has also persisted. From the spontaneous readings in the Mermaid Tavern in Elizabethan England to readings before large audiences in the 20th century, such as those by Dylan Thomas or Robert Lowell, the oral tradition of lyricism has stayed alive. Alexander Pope read aloud to his friends and Coleridge and Wordsworth declaimed to each other. Vachel Lindsay wrote with the sound of the spoken words in mind. Yeats, Pound, and T. S. Eliot also emphasized the oral qualities of lyricism. The oral tradition in the 20th century has been mechanically assisted by the phonograph and television. 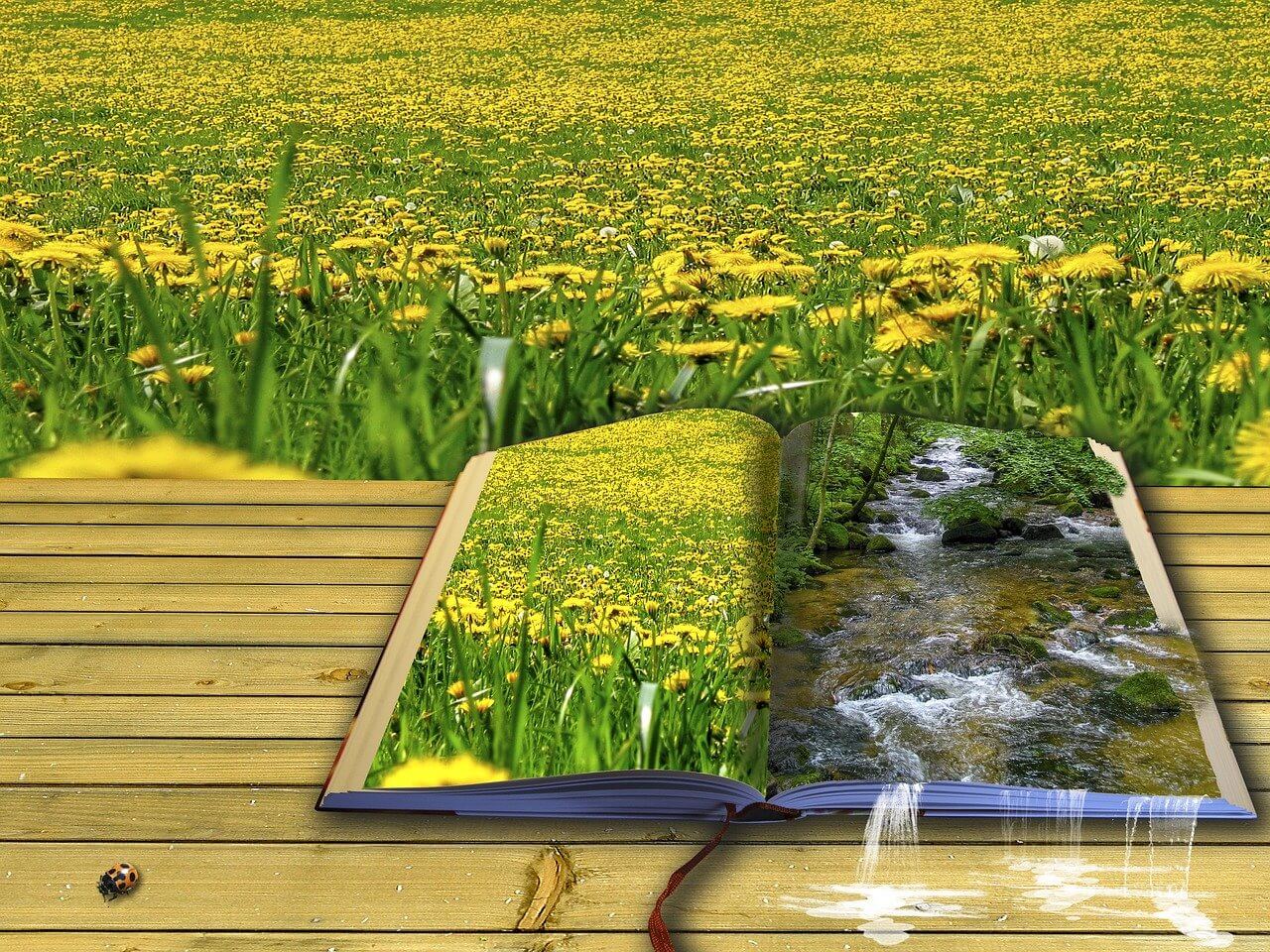 Through printing, the “visual” (concrete) lyric has been similarly strengthened. In the 17th century, George Herbert published poems shaped like wings, altars, and mosaics. In the 18th century, poems were shaped like ladies’ fans or Shakespeare’s wig. In the 20th century, Pound and E. E. Cummings are probably the most famous poets to employ the pictorial qualities of print to emphasize poetic statement. Thus the lyrical tradition has continued to appeal to both eye and ear.

Various “schools” of poetic composition since 1600 have had their day and left their imprints. Metaphysical poetry is a combination of physical sensation, erudition, and logical deduction, and its master is John Donne. Cavalier poetry is often pastoral and emotionally oriented. Neoclassical poetry stresses traditional forms derived from the Greco-Roman tradition—the ode, verse essay, pastoral elegy, and epigram. The poetic rationale of the French poet Malherbe, popularized by Boileau, dominated the 18th century lyric, which deals with “universal” truths couched most often in formally balanced language, as in the poems of Pope, Samuel Johnson, and George Crabbe. The sonnet lost favor during the 18th century, but hymn writing was stimulated by the rise of Methodism and other sects.

In the 19th century, romanticism—the legacy of Goethe, Schiller, and other German writers— strongly affected lyric poetry, which was used by individual poets to pour out their private joys and sorrows. Eventually, the subjective emotions to be found in the poetry of Keats were constricted and driven inward and used to explore unique and frequently perverse feelings. Baudelaire, Rimbaud, and other French writers probed their psyches in this way.

The 20th century has produced poets of every lyrical bent, and lyric poetry has thrived. There have also been numerous discernible “schools.” The Georgians in England stressed form and objective description. The poets of World War I wrote cynical attacks on society and pathetic descriptions of its maimed victims. The Imagists assayed poems as pictures, and the American “Fugitive” ( agrarian ) group tried to revive a nostalgic pastoralism and halt urban impersonalization.

Since World War II, lyric poetry has gained a new forcefulness because it seems to assert the value and significance of human experience in the age of technology. A deeply felt lyrical drive is apparent in the protests of the Beats, the new art songs and revived folk songs of pop artists, and the distinctive poetry of Philip Larkin, Richard Wilbur, Anthony fiecht, and their fellow academic poets. As an instinctive way of voicing what it means to be human, lyric poetry has survived for centuries while other forms have arisen and perished. It will continue to survive as long as there are human beings to utter what they see and feel.