Who is Amancio Mazzaropi? Information about the life and career of the famous Brazilian film director and filmmaker Amácio Mazzaropi.

Considered the greatest comic in Brazilian cinema, he was the first artist who became a millionaire making films in the country. His productions have been a public phenomenon for more than three decades. 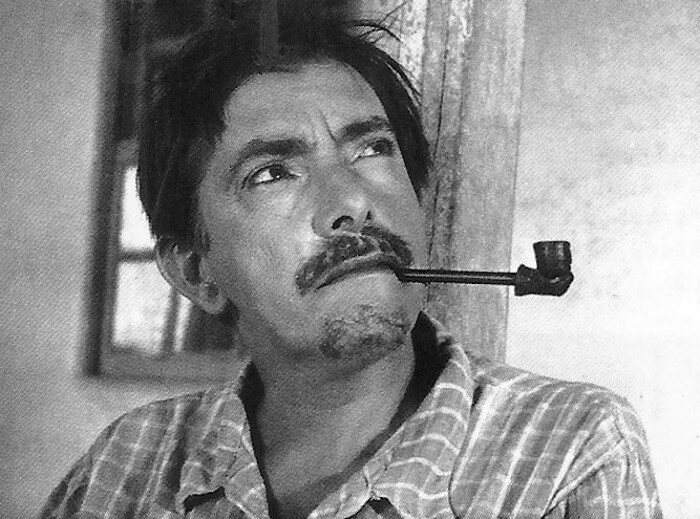 At just two years of age, his family moved to Taubaté in the interior of São Paulo, where his maternal grandparents were. Little Amácio spent long seasons in the neighboring municipality of Tremembé, at the home of his maternal grandfather, the Portuguese João José Ferreira, an excellent viola player and green cane dancer. His grandfather was also the animator of the parties in the neighborhood where he lived, to which he took his grandchildren who, from an early age, come into contact with the cultural life of the hillbilly, who inspired Mazzaropi so much.

In 1919, his family returned to the capital and Mazzaropi entered the primary course at Colégio Amadeu Amaral, in the neighborhood of Belém. He was a good student, he was recognized for his ease in decorating poems and declaring them, becoming the center of attention at school parties. . In 1922, the paternal grandfather dies and the family moves again to Taubaté, where they open a small bar. Mazzaropi continues to interpret types in school activities and begins to attend the circus world. Concerned about their son’s involvement in the circus, the parents send Amácio to the care of his uncle Domenico Mazzaroppi, in Curitiba, where he worked at the family’s fabric store.

At the age of fourteen, in 1926, he returned to the capital of São Paulo still with the dream of participating in circus shows. Finally he joins the Circo La Paz caravan. In the intervals of the fakir number, Mazzaropi tells anecdotes and stories, earning a small bonus. Without being able to stand alone, in 1929 Mazzaropi returned to Taubaté with his parents, where he began to work as a weaver, but he was unable to stay away from the stage and worked in a neighborhood school.

With the Constitutionalist Revolution of 1932, a great cultural unrest ensues and Mazzaropi debuts in his first theater play, called The inheritance of Padre João. In 1935, he managed to convince his parents to continue touring with his company and to act as actors. . Until 1945, Troupe Mazzoropi travels through many municipalities in the interior of São Paulo, but there is no money to improve the company’s structure.

With the death of his maternal grandmother, Dona Maria Pita Ferreira, Mazzaropi receives enough inheritance to buy a zinc roof for his pavilion, thus being able to debut in the capital, with performances praised by São Paulo newspapers. Then he leaves with the company on a tour of the Paraíba Valley. His father’s serious health condition complicates the financial situation of the theater company and, on November 8, 1944, Bernardo Mazzaroppi dies.

Days after the death of his father, he makes his debut at the Teatro Oberdan alongside Nino Nello, being an actor and director of the play Son of a shoemaker, a shoemaker should be welcomed with enthusiasm by the public.

In 1946, invited by Dermival Costa Lima, from Rádio Tupi, the Sunday program Rancho Alegre premiered, staged live in the station’s auditorium in the neighborhood of Sumaré and directed by Cassiano Gabus Mendes. In 1950, this same program premiered on TV Tupi, but now had the support of actors João Restiffe and Geny Prado. Mazzaropi had a hobby, he liked to sing waltz, MPB and seresta with his friends.

According to some of his closest friends, Mazzaropi was homosexual and lonely.

That same year, he sells his house and creates PAM Filmes (Produções Amácio Mazzaropi) and starts not only producing, but distributing the films throughout Brazil. The first work of the new production company is Chofer de Praça.

In 1959, he was invited by José Bonifácio de Oliveira Sobrinho, better known as Boni, at the time of TV Excelsior in São Paulo, to make a variety program that will remain on the air until 1962. In that same year he begins to produce one of his most popular films. famous, Jeca Tatu, which opens in theaters the following year.

In 1961, Mazzaropi acquires a farm where he begins the construction of his first recording studio, which would produce his first color film, Tristeza do Jeca, which was also the first film aired on television by Excelsior, winning the award for best supporting actor. , for Genésio Arruda, and best song.

Five years later, he released the film O Corintiano, a box office record for national cinema. In 1972, he was received by the then President of the Republic, General Emílio Garrastazu Médici, to whom he asked for more support for Brazilian cinema. In 1973, he produced Portugal, meu saudade, with scenes recorded in Brazil and Portugal.

In the following year, he begins to build in Taubaté a large cinematographic studio, a scenography workshop and a hotel for the actors and technicians. From then on, he produced and distributed five more films until 1979.

His 33rd film, Maria Tomba Homem, would never be finished. After 26 days in hospital, Mazzaropi dies, a victim of bone marrow cancer at the age of 69 at the Albert Einstein hospital in São Paulo. He was buried in the city of Pindamonhangaba, in the same cemetery where his father already rested. He never married, but, according to the statements of his son André Mazzaropi, he had a lifelong platonic love for presenter and friend Hebe Camargo; leaving also five adopted children: Péricles Moreira (1943-?), Pedro Francelino de Souza (1954-2009), João Batista de Souza (1953-1983), Carlos Garcia (1942-2008) and André Luiz Mazzaropi.

Since the 1980s, the city of São Paulo has had cultural facilities with a decentralized philosophy and the objective of training professionals in art and culture (or reinforcing their training). The Amácio Mazzaropi Cultural Workshop was created in August 1990 and is installed in a centenary building (from 1912), built especially to house the second oldest regular school in São Paulo, the Padre Anchieta School. Condephaat toppled the building in 1988. It is a center that promotes Brazilian culture, responsible for working to rescue popular culture and the exchange between artists with activities in different expressions. The goal is to integrate amateur and professional artists, form audiences and expand their performance to neighborhoods close to the city center, such as Brás, Pari, Belém and Mooca.

The sertaneja duo Pena Branca and Xavantinho dedicated a song called Mazzaropi to him, included in the LP Cantadô from around the world, released in 1990.

Another tribute is the feature film Vermelho Vermelho, produced in 2006. It is the story of a hick, played by Matheus Nachtergaele, who decides to show his son who Mazzaropi was. On the way to the cinema showing a film by the comedian, father and son get involved with guitarists who sold their souls to the devil, with jokes, with the Landless Movement, with swindlers who steal their mule, with truck drivers and even with a miracle in Aparecida. Experiences that will yield both a great lesson on human rights. The tribute does not stop in the film’s argument, directed by Luiz Alberto Pereira: the actor Matheus Nachtergaele composes a guy with the same floor and the same voice as the idol.

At the Carnival of 2013, the São Paulo School of Samba Academicians of Tucuruvi paid tribute to Mazzaropi for the centenary of his birth, which took place in 2012, presenting the plot Mazzaropi: the adorable hillbilly. 100 years of joy.