Who is Charles Lyell? Information on Charles Lyell biography, life story, works and contributions to science.

Lyell was born in Angus, Scotland, on Nov. 14, 1797. While studying classics at Oxford, he became interested in geology by attending the lectures of William Buckland. He qualified as a lawyer but practiced only briefly before turning wholly to geology. He was an active member of the Geological Society of London and a fellow of the Royal Society. He died in London on Feb. 22, 1875. 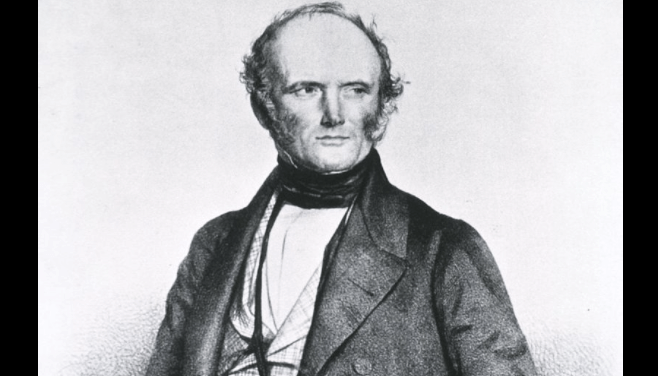 Lyell was not long in reacting against the prevailing geological theories of his day. He believed that geological research must be detached from the interpretation of Genesis; that it was unnecessary to postulate sudden “catastrophes” in the geological past to account for geological changes and fossil remains of apparently extinct creatures; and that a vast time scale must be envisaged for the history of the earth.

In his most famous work, the Principles of Geology (1830-1833), Lyell argued persuasively that geological processes presently observable— for example, the action of the sea, rain, volcanoes, and earthquakes—are adequate to explain the geologic history of more ancient periods. This method of explanation, using the present as a key to the past, gained increasing acceptance in subsequent years, during which Lyell kept the work up to date by publishing many successive editions. Charles Darwin was among those who were greatly influenced by Lyell’s method.

But Lyell also believed that there has been no progressive change in the history of the earth or of life, and that the whole is essentially a steady-state system. This element in Lyell’s “uni-formitarian” geology was much criticized because it seemed to contradict the fossil evidence that the history of life has proceeded in a particular direction. Lyell’s commitment to the steady-state theory as part of the “uniformity of nature” led him to oppose evolutionary speculations in biology, but late in life he did come to accept the probability of evolution. In Lyell’s other important work on The Antiquity of Man (1863), he argued that the antiquity of the human species was far greater than had been generally accepted up to that time.