Mammals are a class of vertebrate animals that possess mammary glands that produce milk to feed their young.

There are about 5487 species of mammals, of which 5209 are placental mammals, 272 are marsupials and 5 are monotremes. Mammalian species tend to care for their offspring once they are born long enough so that they can fend for themselves, although the time of parental care varies from species to species. Mammals are homeothermic animals, that is, “warm blood“, which can regulate their body temperature and keep it constant regardless of the temperature of the environment.

Mammals inhabit all kinds of habitats along the earth’s surface, from plains, forests and mountains to tropical forests, deserts and polar regions.

Mammals are homeothermic animals, that is, “warm blood“, which can regulate their body temperature and keep it constant regardless of the temperature of the environment. All mammals have a double, closed and complete circulatory system, with a heart divided into four chambers.

The vast majority of mammals are viviparous animals, that is to say that after fertilization, the embryo develops inside the womb of the female, where it receives food and oxygen until the moment of delivery.

The only exceptions are the monotremes (the platypus and the echidna), which lay eggs, and the marsupials, whose offspring do not develop in a placenta and that at birth must continue to develop in an outer bag in the body of the female.

Mammals breathe oxygen thanks to two lungs located in the thoracic cavity. In the case of aquatic mammals (such as dolphins and whales), animals can submerge for long periods of time but must necessarily emerge to the surface to breathe, since they can only capture oxygen from the air and not from water (as they make the fish). 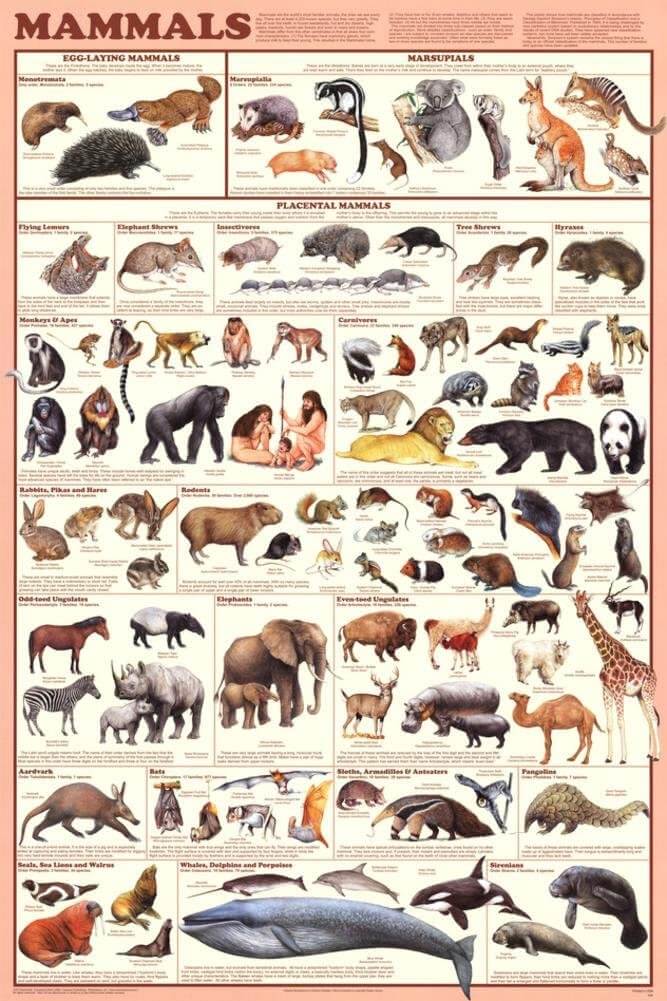 All mammals have a bone structure formed of bone (skeleton) that ends in a skull at the front end, where the brain is housed, and with a spinal column inside which is the spinal cord.

Mammals have a highly developed central nervous system that allows them to respond to stimuli from the environment by processing information, which implies that mammals can have highly complex and sophisticated behaviors.

All mammals have certain common physiological and anatomical characteristics, such as having a single dental bone contained in the jaw; a joint between the jaw and the skull; and an auditory system formed by three bones (hammer, anvil and stirrup). The vast majority of mammals have hair, lips and teeth.

The extremities of mammals have evolved over millions of years to adapt to the environment where the animal lives. In the case of terrestrial animals, the extremities end in legs, which may have hooves, claws, hooves or nails according to the characteristics of the animal.

In the case of aquatic mammals (seals, orcas) the limbs end in hydrodynamic fins, while in the flying mammals (bats) they end in membranous wings. The giraffes have evolved with the running of the eras, lengthening their neck to reach the leaves of tall plants, with which they ensure the feeding.

9. Excretory system separated from the genital

Mammals do not have a cloaca (like birds), since the excretory system is separated from the genital tract. In addition, all mammals have a membrane called the diaphragm that separates the digestive system from the respiratory system. 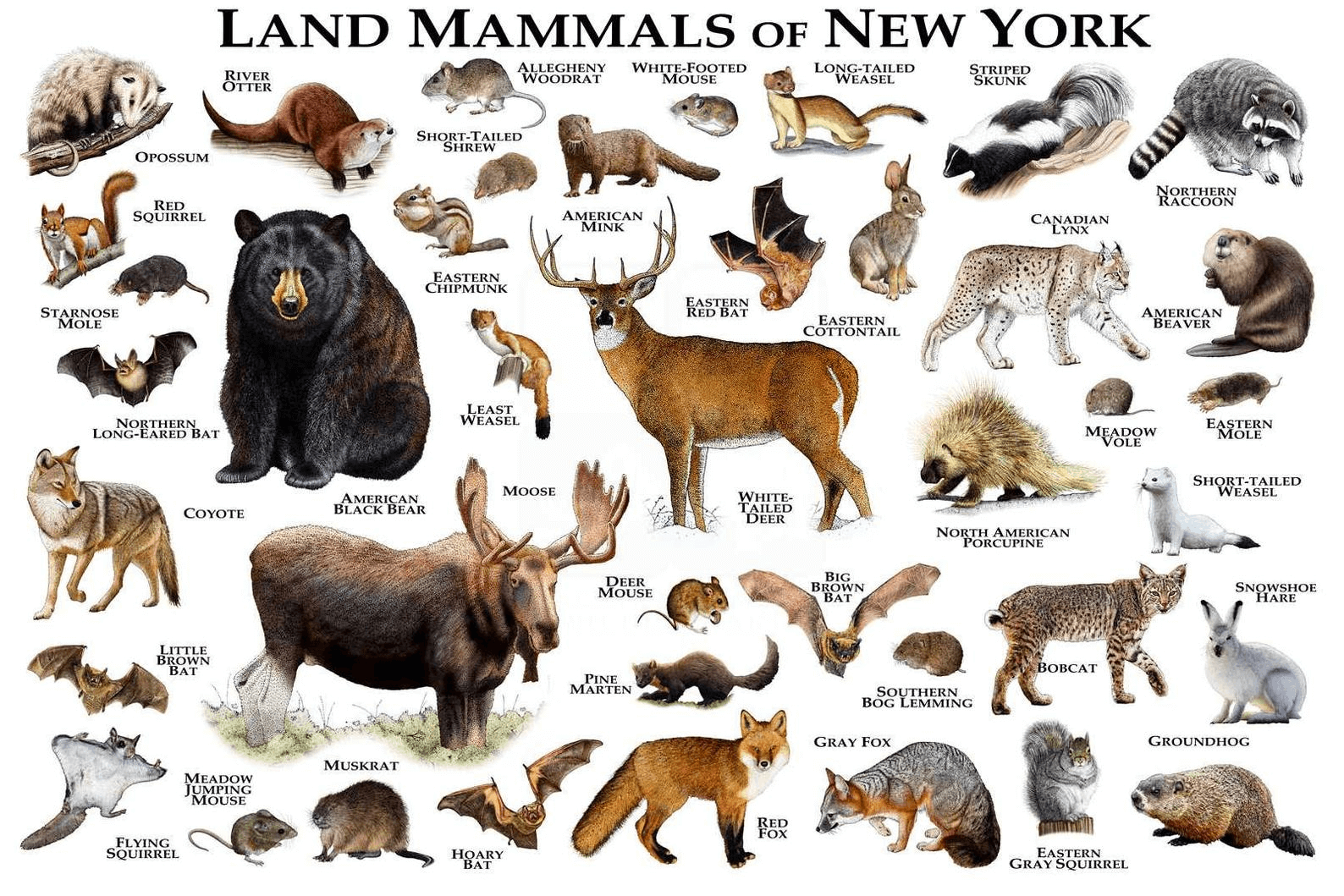 Mammalian species tend to care for their offspring once they are born long enough so that they can fend for themselves, although the time of parental care varies from species to species. The females have mammary glands, through which they secrete milk with which they feed their young in the first stage of growth.