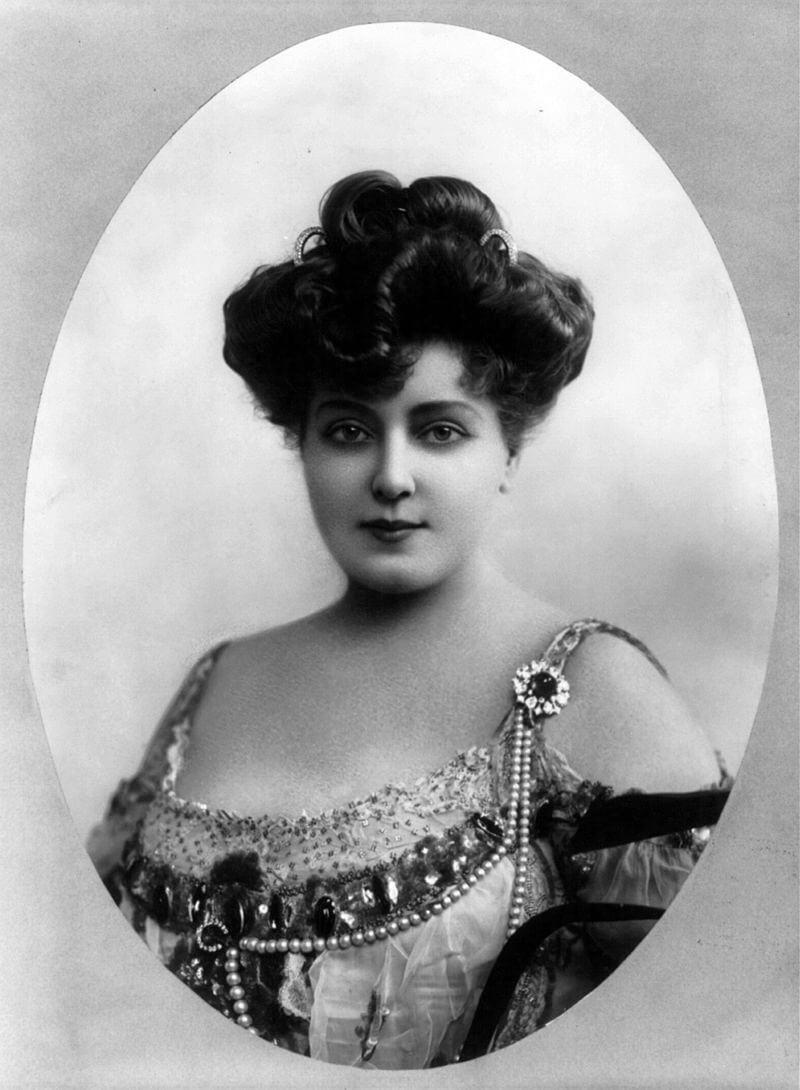 In 1880 she made her debut as Lillian Russell, “the English Ballad singer,” at Tony Pastor’s theater. Her agreeable voice and dazzling physical presence soon won her numerous offers of roles in light opera, most of which she accepted. Finding herself with a half dozen simultaneous commitments in 1883, she eloped to London with Edward Solomon, in whose operettas she starred until she learned of his bigamy and had their marriage annulled.

Internationally famous as “airy, fairy Lillian” and “the American Beauty,” she performed at the resplendent Casino Theater in 1890 and made the first long-distance telephone call, singing from New York City to President Cleveland in Washington, D.C. In 1894 she embarked upon another short-lived marriage, this time to singer John Chatterton. Her friendship with the expensive “Diamond Jim” Brady was more enduring, however, spanning nearly 40 years, and their tandem bicycle rides in Central Park initiated a fad.

At the turn of the century, she appeared with the comedians Weber and Fields. Her performance in the title role of Lady Teazle, a musical, in 1904 was praised, but her efforts at comedy received mixed notices. In 1912, she was married for the fourth and last time, to publisher Alexander Moore. As her theatrical career declined, she lectured, engaged in social work and politics, made a film, and wrote a column, and at her death was hailed as the best-known woman in America, “a symbol of the imperishable in feminine charm.”