George III; (1738-1820) was born on June 4, 1738, at Norfolk House, St. James’s Square, London. He was the eldest son of Frederick, Prince of Wales, and his wife, Augusta of Saxe-Gotha (Germany). George became King when his grandfather, George II, died in 1760, his father having already died.

For the first 20 years of his reign he took a very active part in governing the country and tried to make his ministers do as he said. This led him into difficulties because the best men were not willing to accept his orders without question and he was of t en forced to accept inferior men as ministers. Sometimes the King chose unpopular men, such as Lord Bute and Lord North, and they made him unpopular. George’s policy was not always successful and he was largely responsible for the loss of the American colonies. As the King took such an active part in government, he also had to take sides in politics and was much attacked by the Whig politicians, especially Charles James Fox, on whom there is an article. However, when William Pitt the Younger became Prime Minister in 1783, the King more or less retired into the background.

George was the first of the Hanoverian kings to be born in England, and, unlike George I and George II, was completely English in his ideas and his way of life.

He never left England in his life, and never travelled north of the River Trent. His favourite home was Kew Palace, near London, but in later life he lived at Windsor Castle. He enjoyed his farm at Windsor and was pleased when people nicknamed him Farmer George. Although no scholar himself, he encouraged scholars to use his books, took an interest in the Royal Academy and was fond of music. He shared a happy home life with his Queen, Charlotte, but was distressed by the wild behaviour of some of his sons. 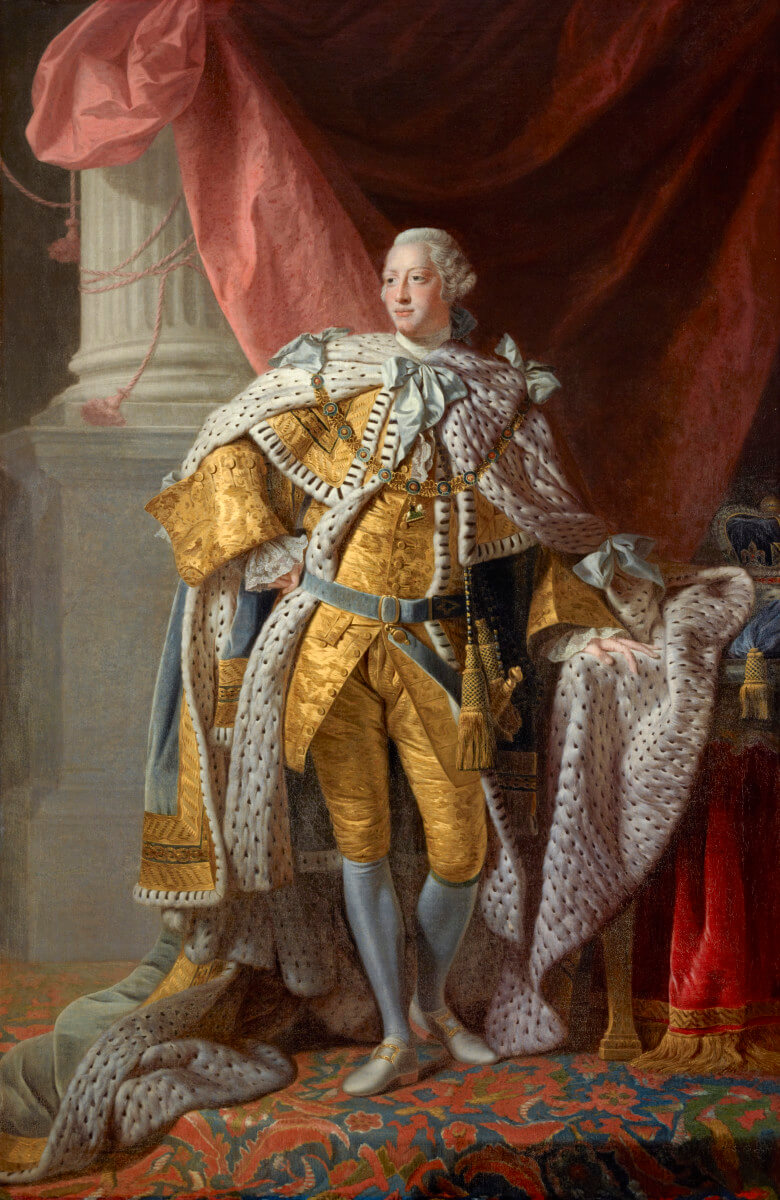 For some years the King suffered from fits of madness, and in 1811 he went completely out of his mind. From then onwards he lived at Windsor Castle and his eldest son, George, ruled for him, being known as the Prince Regent until his father’s death in 1820, when he came to the throne as George IV.