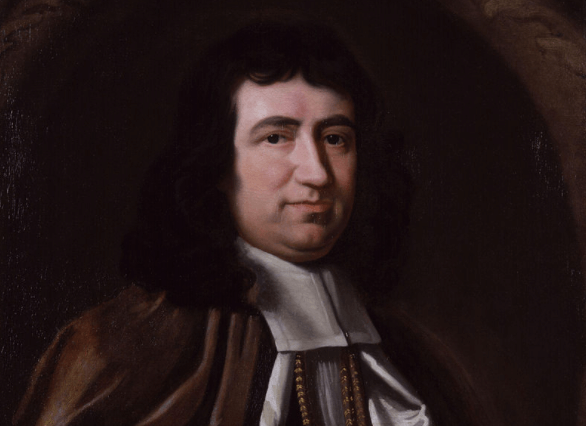 Gilbert Burnet;(1643-1715), English bishop and historian. He was born in Edinburgh, Scotland, on Sept. 18, 1643. He graduated from the University of Aberdeen, and devoted himself to the study of law and theology. In 1673 he was made chaplain in ordinary to Charles II, who held him in high esteem for his able defense of the role of bishops in the church. Several bishoprics were offered him, all of which he refused. In London, during a period of public alarm over the growth of Roman Catholicism in England, Burnet began work on his History of the Reformation in England. The first volume appeared in 1679, at the time of the popish plot, and gained for Burnet the thanks of both houses of Parliament. Two more volumes followed in 1681 and 1714.

Burnet opposed Charles II both for his mishandling of government affairs and for questionable aspects of his private life. He was associated with the Whig opposition party and actively supported the Prince of Orange, whom in 1689 he accompanied to England as chaplain. Soon thereafter he became bishop of Salisbury. He denounced the ecclesiastical courts as the most corrupt in the land; he opposed parliamentary attendance of bishops as inimical to the execution of pastoral duties; and he supported the Act of Toleration of 1689. He upheld against Roman Catholics the validity of Anglican ordinations, wrote a commentary on the Thirtynine Articles of Religion, and conceived the idea for what became known as Queen Anne’s Bounty (aid to the poor out of taxes paid the crown).

Burnet’s History of My Own Time, published posthumously, is considered a reliable historical memoir. He died in London on March 15, 1715.