Who is George Sand? What did George Sand do? Information on George Sand biography, life story, works, novels and writings. 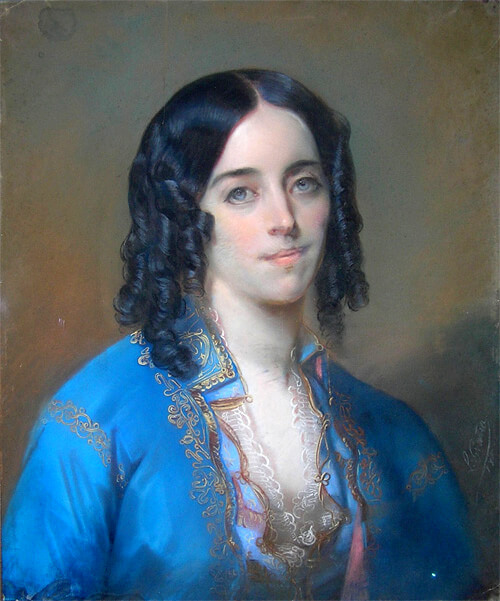 Aurore’s father, Maurice Dupin, had married Sophie Delaborde, a hunıble Parisian modiste. But he could claim a real, though tarnished, kinship to royalty. His mother, Mme. Dupin-Francueil, was a natural daughter of that 18th century hero of love and war Count Hermann Maurice de Saxe, himself the illegitimate son of Augustus II, king of Poland. Aurore’s grand-mother, a cultured woman and an accomplished musician, embodied the spirit of the old aristocracy, although she, who had known and be-friended Jean Jacques Rousseau, shared Rousseau’s passion for country hfe, and had become, on her estate at Nohant, near Châteauroux, a member of the landowning gentry. AH these strands were to appear in the texture of George Sand’s career.

As Wife and Mother.

The “rustic-aristocratic” side of Aurore’s life seemed to prevail at first. She was four years old when her father died, and she spent most of her youth at Nohant, under the wing of Mme. Dupin-Francueil. Even her marriage, at the age of 18, to Casinıir, Baron Dudevant, followed the accepted pattern. She was a dutiful wife at first, bore him two children, Maurice and Solange, and let her growing resentment of him and his prosaic ways smolder for eight years before she left him, in early 1831. 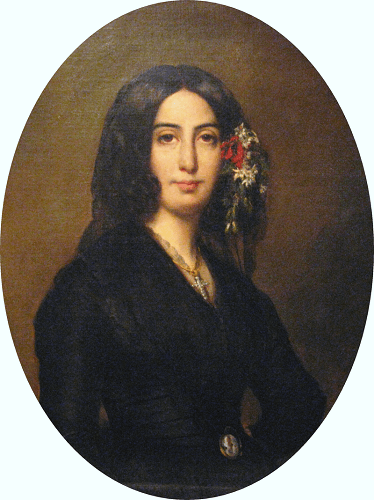 Liaisons with Sandeau and Musset.

The next four or five years were those of her “romantic rebellion.” She led a bohemian life in Paris, associating with young artists and writers, flouting every convention, and herself often smoking cigars or wearing masculine costume. A liaison with the writer Jules Sandeau heralded her literary debut. They published a few stories in collaboration, signing them “Jules Sand.” As a consequence, she adopted, for her first independent novel, the name that made her famous. That novel, Indiana (1832; Eng. tr., 1881), and others in rapid succession—Valentine (1832), Lelia (1833), Jacques (1834), and so on—testified to the prodigious facility of her pen. All of these novels averred her hostility to current social norms and advanced flamboyantly the claims of romantic feminism, which met with much public opposition.

Meanwhile, George Sand compounded her succes de scandale by embarking on what may have been the wildest love affair of the century. She and the poet and playwright Alfred de Musset, six years her junior, traveled together to Venice, came back separately, and went through innumerable quarrels and reconciliations until the final break in 1835. This tempestuous episode became the source of much literary material: Musset’s Nuit de Mai (1835-1837) and Confession d’un enfant du siecle (1836) and George Sand’s Elle et lui (1859), as well as her exquisite Lettres d’un voyageur (1834, 1836).

Chopin and a Social Cause.

The fires of rebellion and passion abated thereafter, and George Sand’s next celebrated liaison—that with the composer and pianist Frederic Chopin, though not tranquil by any means—actually suggests on her part a feeling of possession induced by pity. The composer, already stricken with tuberculosis, aroused the mother complex, ahvays very strong in her (her children have been called the greatest love of her life). She nursed him—as is evident from Un hiver â Majorque (1841), describing her stay on the island of Majorca with him—and hovered over him until he gnpw impatient of her solicitude.

Meanwhile, the “plebeian” chord was awakening in her heart, and she transferred to the people the powers of love that she had been squandering on men. Spurred on by such noted advocates of social betterment as Felicite Robert de Lamennais, Michel de Bourges, and Pierre Leroux, she began writing humanitarian, broadly “socialistic” novels. Mauprat (1837), a work of transition—on the theme of a brute, Bernard de Mauprat, transformed by love—is also a most interesting effort. There followed Spiridion (1838-1839), Les sept cordes de la lyre (1840), Le compagnon du tour de France (1840), Consuelo (1842; Eng. tr., 1846), Le Meunier d’Angibault (1845), and Le peche de Monsieur Antoine (1847)— each a persistent call, under the guise of fiction, for the reconstruction of society and the mating of classes through the practice of evangelical love. 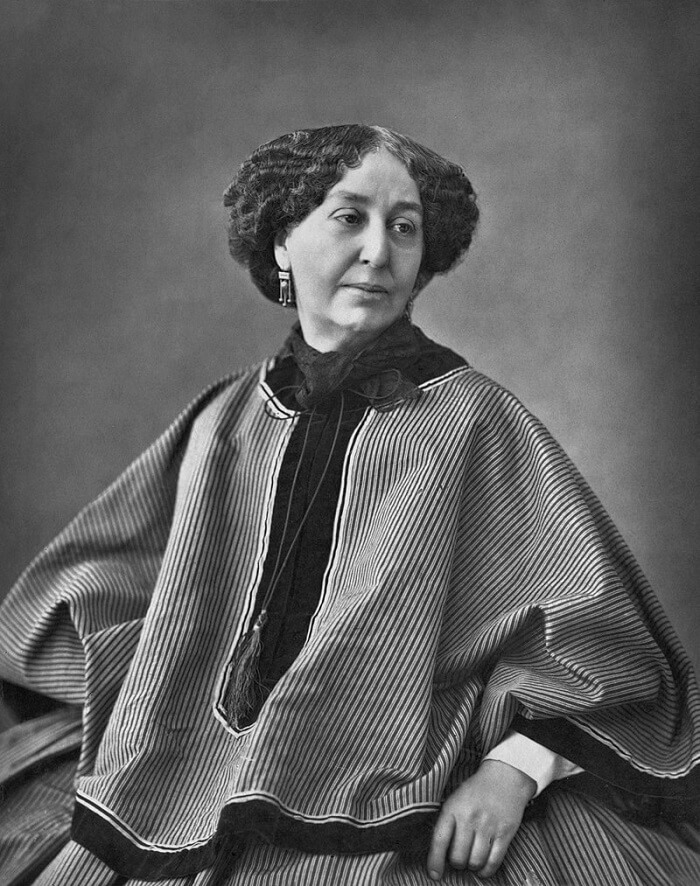 The revolution of 1848 occurred at time when George Sand was conceiving serious doubts about the possibility or wisdom of immediate reform. She had initiated the series of pastoral idylls, cast in the beloved countryside around Nohant, that remain today her most enduring title to fame—La mare au diable (1846; Eng. tr., The Haunted Pool, 1890); François le champi (1850; Eng. tr., Francis the Waif, 1889). Idylls they are, but they preach, too, a return to the soil as the true haven of peace, virtue, and happiness.

To be sure, the outbreak of the revolution rekindled George Sand’s ardor. She offered her services to the provisional government, wrote articles for the Bulletin de la Republique, composed her Lettres au peuple, and so on. When the June days came, however, with the repression that ensued, she returned to Nohant, there to exploit further the rustic vein of her inspiration—La petite Fadette (1848; Eng. tr., Fanchon the Cricket, 1864) and Les maîtres sonneurs (1853). As time went on and she grew old most gracefully, the novels that still issued from her fertile brain took on a quasipatriarchal hue.

Her sentimental indulgence henceforth included the gentry itself in her rose-colored view of country life. Les beaux messieurs de Bois-Dore (1858), Jean de la Roche (1860), Le Marquis de Villemer (1861), and Mademoiselle de la Çuintinie (1863) are faded pastels by now. But in the “good lady of Nohant” who painted them—ever close to the people, ever kindhearted and hospitable to all— there emerges, fully recognizable, a replica of Mme. Dupin-Francueil, nee Aurore de Saxe, with her undefinable aura of aristocratie prestige, taste, and beauty. She died at Nohant on June 8, 1876.