Thomas Arnold; (1795-1842), English educator and historian. He became famous as headmaster of Rugby School and was the father of Matthew and Thomas Arnold. 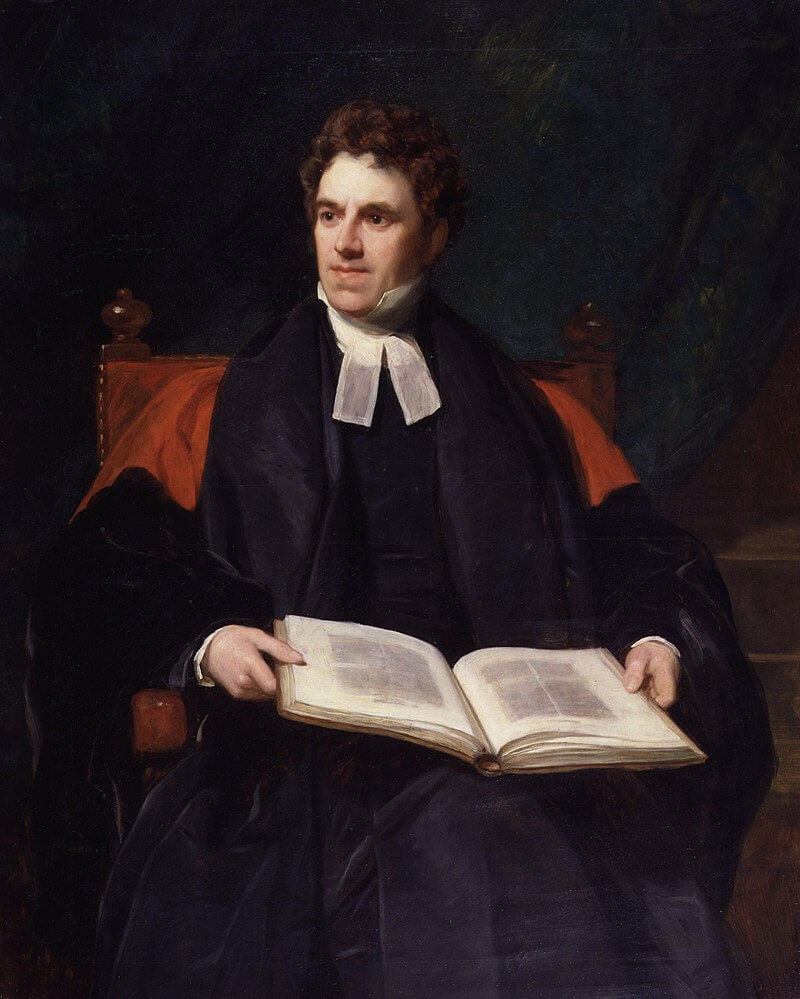 Arnold was elected headmaster of Rugby School in 1828 and served with vigor and distinction until 1842. He brought the school to prominence and put new life into English public school education. While his major aim was the development of “The Christian Gentleman,” his stress on character education was paralleled by a striving for intellectual excellence. He believed that the main role of the schoolmaster was not to impart knowledge but to build an appetite for it and the means for gaining it. He advocated a Socratic type of teaching, leading pupils to understand principles, not just to acquire facts.

He favored Greek and Latin as the central studies in the curriculum, but he also sought to use these languages as a means of extending the course of study beyond traditional emphases. Thus history, poetry, philosophy, and ethics found their way into the Rugby program, and he also incorporated modern languages and mathematics. He developed the prefect system, and his name became associated with public school fervor over games and athletics. His influence spread to other English schools. Thomas Hughes’ Tom Brown’s School Days reflects Arnold’s influence.

In 1835 he became a member of the Senate of London University but resigned when an examination in the Scriptures was not included as a requirement for a degree. In 1841 he was appointed professor of modern history at Oxford. Here he concluded his well-known Roman history. He died at Oxford on June 12, 1842.