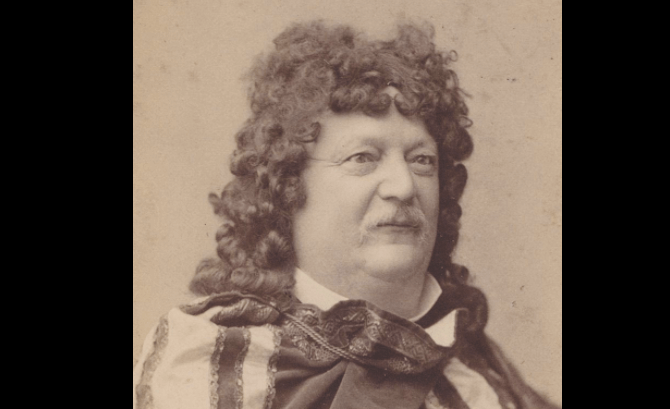 Conrad Ferdinand Meyer; Swiss poet and novelist: b. Zurich, Switzerland, Oct. 11, 1825; d. Kilchberg near Zurich, Nov. 28, 1898. He grew up in a home of cultured refinement. After studying law he became a recluse, a man without a mission, and oblivious to the immediate present, he sought to wrest the meaning of life from history. For years he wavered between painting and literature, between French and German. The Franco-German War of 1870 forced him to decide. In 1871 Meyer published Huttens letste Tage, a heroic epic. In a series of dramatic monologues the hero records in terse couplets the events of his last days and his heroic life’s struggles. Thus Meyer objectifies his own inner combat. The decades of reflective brooding now began to produce a rich harvest. In 1874 Meyer completed Jürg Jenatsch, a historical novel set in Graubünden (Grisons), Switzerland, during the Thirty Years’ War, in which overweening pride leads to guilt and tragedy.

Feeling an affinity for the drama, Meyer turned to the dramatic, compact historical Novelle. The finest of his Novellen, in all of which Meyer avoids a happy ending, are: Der Heilige (1880), the tragedy of Thomas ä Becket; Gustav Adolfs Page (1882), the tragedy of a young girl’s hero worship; Die Leiden eines Knaben (1883) ; Die Hochzeit des Mönchs (1884), in which Dante is the narrator; Die Richterin (1885), the tragic tale of a heroic woman in the days of Charlemagne; and Die Versuchung des Pescara (1887).

Die Leiden eines Knaben is unique in Meyer’s work and the literature of the day. A decade be: fore Henrik Ibsen and Gerhart Hauptmann, Meyer made a helpless child the center of a tragedy. He had gained the needed insight from memories of his own childhood, but to free the story from every trace of subjectivity Meyer laid the scene in the days of Louis XIV and made the king’s physician the narrator. Meyer chose his narrators with great skill. In his finest comic novel, Plautus im Nonnenkloster (1882), the narrator is a former cleric, now an adroit diplomat and collector of facetiae. Thus a subtle humor reigns supreme in a somewhat crude and boisterous plot.

Meyer had great lyric as well as great narrative gifts. In 1882 he published Gedichte, a rigorous selection of his poems of high quality, arranged in a sequence which is in itself a work of art. Warmly welcomed by Gottfried Keller and Theodor Storm, both lyrists in their own right, Gedichte soon won wide approval, and by 1892 five editions had been published. Since Meyer’s lyric verse is the product of his mature years, a note of mellow quiet prevails, and many of his short and concise lyrics have the chaste self-restraint of a marble statue.

Meyer the poet, just like Meyer the novelist, seeks to attain the maximum of objectivity, and prefers a general objective statement to the more personal subjective confession. He loved life’s exuberant fullness, however. The opening poem Fülle presents a picture of the riotous overflowing abundance of autumn. Here the human heart can satisfy its deepest needs and the poetic spirit take sustenance. The objective cast of the poem intensifies its passion. A number of fine ballads of great variety and a series of dramatic monologues, some of utmost intensity, further enrich the volume. All his work bears the imprint of consummate artistry.