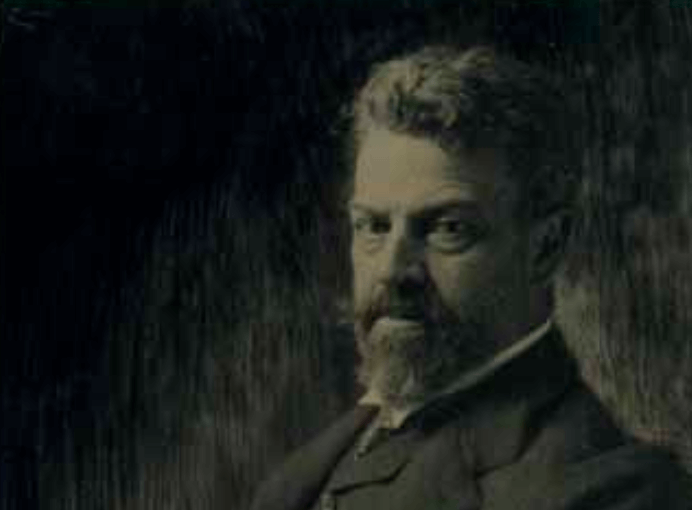 Friedrich August von Kaulbach; German portrait and genre painter: b. Munich, June 2, 1850; d. Jan. 26, 1920. Son of Friedrich Kaulbach and grandson of Wilhelm von Kaulbach, he received his first instruction in art from his father and later continued his studies with Raupp and Kreling at Nuremberg, and later on with Diez in Munich. Under his father’s teaching he early displayed a facility of coloring which he steadily improved under his subsequent teachers. His work shows much more boldness than that of his father and a sympathy with the German renaissance which the older Kaulbach did not possess. His facility in portrait painting and the reputation in art of the Kaulbach family together with his own evident talent and modernity early won for him wide local popularity which he gradually extended to include all of Germany.

If not a really great artist, he has proved a versatile one. He has painted miniatures perhaps better than anyone else of his day in Germany and he has won for himself the reputation of being a good caricaturist. An excellent teacher of painting and drawing, he became director of the Munich Academy in 1886, a position he held until 1891. His appointment to this office was probably due to his success in winning the Berlin gold medal for painting in 1886.

Among his best-known paintings are Cavalier and Lady’s Maid (1873) ; A Day in May (1879) ; Schutzenlis’l (1881) ; Lute-player (1882) ; portraits of Frida Scotta, Princess Gisela, Prince Regent of Bavaria, Emperor William II, Empress Auguste Victoria and Daughter, Ruth St. Denis and Entombment, and numerous pictures of his wife, his family and his friends.