What Is Sunday? Sunday as a day of rest, origins of Christian observation, information on history of sunday.

SUNDAY is the first day of the week, traditionally assigned for Christian worship. Literally “Sunday” means “day of the sun.” It derives its name from the ancient pagan week, whose days were named after the sun, moon, and five visible planets. Sunday, like the other days of the week in the Western calendar, is reckoned from midnight to midnight. Other calendars measure their days from sunset to sunset—for example, the Hebrew Sabbath is so measured. The liturgical observance of Sunday among Roman Catholics traditionally begins with the first vespers on the preceding Saturday. Though the pagan name, “Sunday,’ survives in English, the importance of the day is due to its Christian significance.

The observance of a specific day during each week as a time of worship is widespread; for example, Jews observe the Sabbath (Saturday) and Muslims observe Friday. What is unique about the Christian observance of Sunday is not the choice of one day a week for worship, but the specifically Christian meaning given this day. 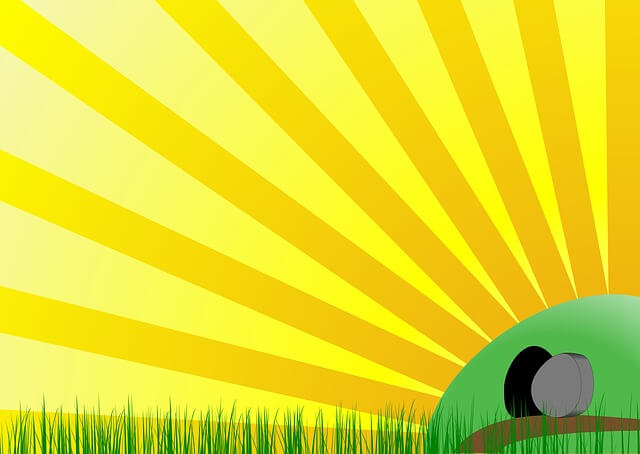 Christ observed the Sabbath but opposed legalistic interpretations of it. Likewise, Christ’s Jewish followers, apparently not wishing to abandon a traditional religious practice, observed the Sabbath in addition to their specifically Christian worship. This tradition of Sabbath observance was absent in the non-Jewish areas to which Christianity soon spread. Also, the developing conviction that Christian beliefs superseded the Jewish Covenant implied that Christians were not bound to Sabbath observance. Nonetheless, both the Sabbath and Sunday were observed by ‘ Christians for some time. Eventually, Sunday Became the distinctive day for Christian worship, since Sunday is the day of Christ’s Resurrection, and the day of the coming of the Holy Spirit (Pentecost).

In the early church the term that gradually gained widest acceptance was “the Lord’s Day,’ an expression used in the New Testament (Revelation 1:10). Its Latin form, dies dominica, survives in modern French dimanche, Spanish do-mingo, and Italian domenica. Though the pagan term, dies solis, or “day of the sun,” continued in use, it was frequently given Christian significance by describing Christ as the “Sun of Justice” bringing light into a world of darkness. Furthermore, as the “first day” of the week, Sunday was reverenced as the day of new creation through Christ, in contrast to the Sabbath, which was sacred to the Jews as the day on which creation was completed. In a variant of this idea, God is portrayed as resting on the Sabbath from His work of creation and then on Sunday, “the eighth day,” inaugurating His new creation, the church.

A Day of Worship:

From the apostolic era to the present it has been customary for Christians to assemble for communal Sunday services. A wide variety of liturgical practices, such as sermons, Scriptural readings, processions, vigils, and Vespers became associated with Sunday at various times and places. However, the most characteristic act of Christian worship is the celebration of the Eucharist, or the Lord’s Supper. In Christian theology, the Eucharist has been viewed as a historical commemoration of Christ’s Last Supper, death, and Resurrection; as a present encounter with the risen Christ; and as a sign of expectation of the resurrection of all Christians with Christ. Sunday, as the weekly celebration of the Resurrection, also has been considered an appropriate day for administering Baptism, symbolizing the recipient’s death to sin and resurrection to new life in Christ.

A Day of Rest:

While Sunday was observed as a day of worship in apostolic times, the observance of Sunday as a day of rest became established later. Though many early Christians undoubtedly were constrained to work on Sunday, as Christianity increased in adherents, it gradually became customary to observe Sunday as a day wholly dedicated to God. Abstaining from unnecessary work on Sunday has an obvious parallel in the Jewish Sabbath observance, which required avoidance of all mundane activities. Both observances have been given theological interpretations. The Sabbath rest has been viewed as imitating God’s rest on the seventh day of creation, while the Sunday rest has been seen as symbolizing the freedom acquired through Christian redemption.

Just as pagan festivals were celebrated as holidays, Christians frequently celebrated Sunday with various amusements. At times, ecclesiastical authorities have deemed it necessary to oppose some popular but unseemly amusements, and some have opposed any type of amusement on Sunday. The 4th century councils of Elvira and Laodicea mark the first of many ecclesiastical regulations enjoining church attendance and forbidding unnecessary work, public transactions, and some types of amusement on Sundays.

Civil laws requiring the observance of Sunday date back at least to Emperor Constantine the Great, who designated Sunday as a legal day of rest and worship in 321. This law, however, was not specifically Christian, since Sunday was the day of the sun god for pagans as well as the Lord’s day for Christians. While Constantine thus managed to please the two major religious groups in the Roman Empire, numerous later laws regulating behavior on Sunday have been avowedly Christian.

In English law, Sunday legislation, which first appeared in the 13th century, was enlarged in the 16th and 17th centuries by the addition of numerous specific provisions and penalties. Similar Sunday laws were soon introduced into the British colonies in North America. Some colonial blue laws, for example, made failure to attend Sunday church services a criminal offense. Vestiges of colonial legislation on compulsory Sunday worship survived through the early part of the 19th century.

Though laws requiring Sunday worship have disappeared from American codes, prohibitions of Sunday labor and some types of amusement still survive in modified form. In some places laws require stores to be closed on Sunday, and restrict the sale of liquor. Businessmen affected by such restrictions have argued that these laws unreasonably interfere with their freedom of religion and freedom of enterprise. The legality of such laws has generally been sustained in American courts on the basis of implied social value, not religious implications. Such a secular value has been judged legally justifiable, although the designation of Sunday as a day of rest indirectly aids the religious observance of Christians.

Numerous exceptions have been legislated to allow some kinds of work and amusements on Sundays. In many areas the existing laws are rarely enforced.