What Is A Sea Hare? What does a sea hare look like? What does sea hare eat? Information on the facts about sea hare. 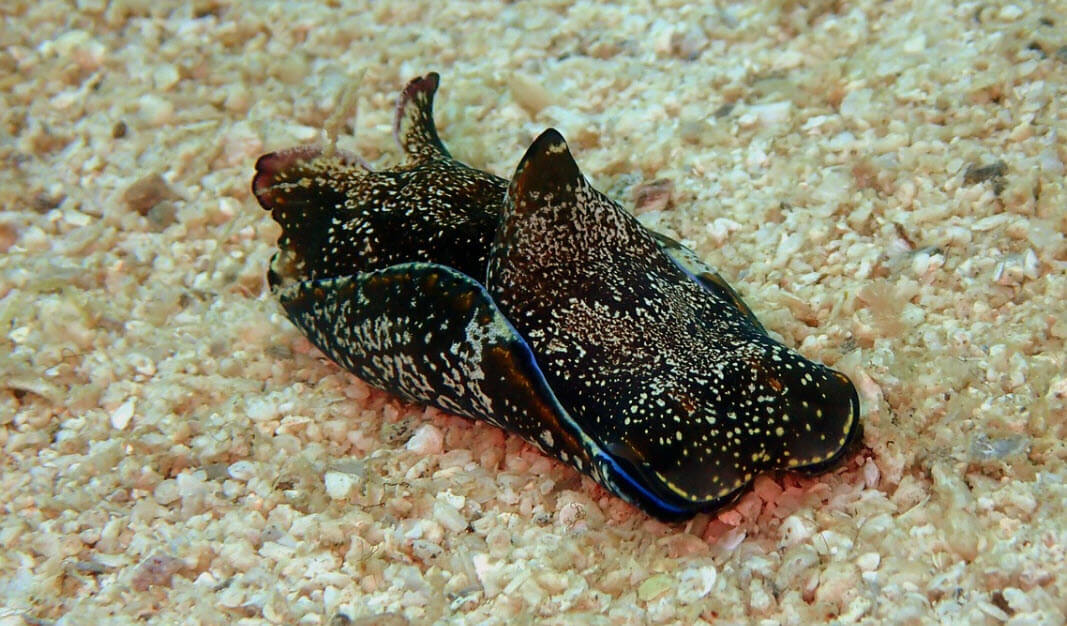 Sea Hare; a gastropod mollusk of the genus Apysia, sometimes called Tethys. It is found in most seas, generally in muddy or sandy tracts. The animal is sluglike in appearance and brightly colored, usually yellowish or greenish. When disturbed it emits a purple protective fluid. The mantle is oblong, flexible, and transparent and has side lobes, used as fins, that extend over the sides and back to cover the rudimentary shell. Gills are located at the center and posterior portions of the dorsal surface. The sea hare has four tentacles, ıhinophores believed to be organs of taste. The front tentacles resemble the ears of a hare, thus giving the animal its popular name. The eyes are at the base of the two rear tentacles. The length of the sea hare ranges from a few inches to rnore than 16 inches (40 cm).

Seaweed is the sea hare’s chief food, but small crustaceans, mollusks, and anneilids are also consumed. The ammal’s mouth is equipped with quick, muscular lips, and its stomach is compound, consisting of a crop, muscular gizzard, and accessory cavities. The sea hare is hermaphroditic. It deposits its eggs in long strips.

The sea hare is in the subclass Opisthobranchia of the order Tectibranchia. It was considered poisonous by the ancients, but it is actually harmless to man, except for an acrid substance that is produced by some species and that irritates the human skin.

They are herbivorous, feeding on seaweed found on the surface of the sea. Young specimens can dig burrows in sediment. 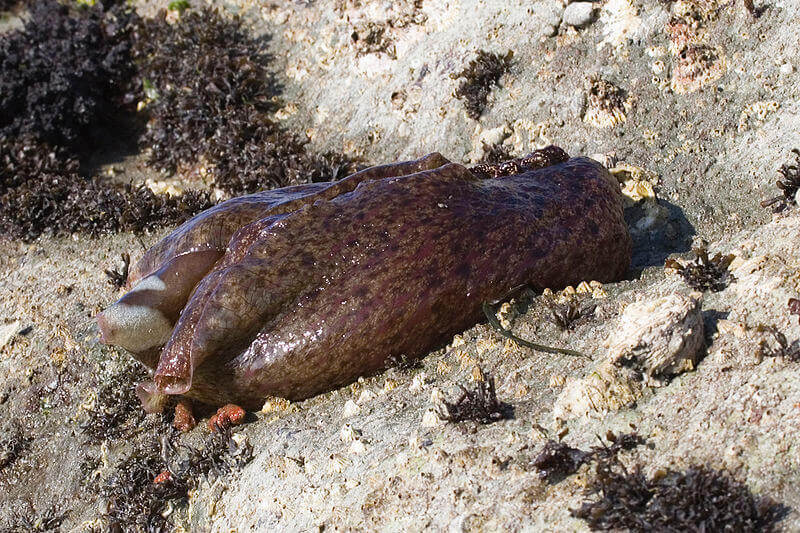 The colors of the different species correspond to those of the algae on which they feed, which serves as camouflage. They have the ability to release a toxic colored ink as a means of defense. They can also override their predators’ olfactory sense by secreting a slime-like substance.