What is storm? How do storms happen, what causes storms? Storm types, Information on storms, tornadoes.

The commonest kind of storm occurs where air masses touch each other in such a way that both a warm front and a cold front are formed. Along the warm front, a mass of warm air is flowing up over a mass of cold air. To the west of the warm front, another mass of cold air is flowing in under the mass of warm air along the cold front. Samewhere in between, the cold front and the warm front meet. Here a huge, slow-moving swirl develops in the air. Since the warm air in the center of the swirl is less dense than the cold air on either side, the pressure is lowest near the center of the swirl. So this swirling mass of air is of ten called a Low, or sametimes a cyclone. 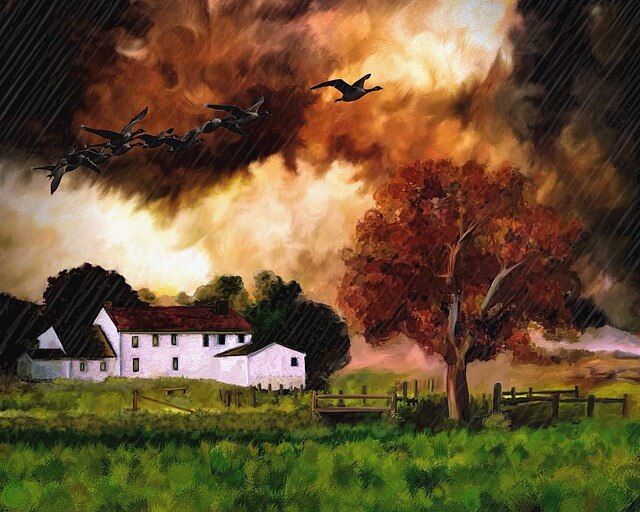 A Low, or cyclone, may be 500 or more miles in diameter. it usually moves across our country toward the east or the northeast and travels from 20 to 30 miles an hour. Winds blow inward in a counterclockwise spiral toward the place where the air pressure is lowest. These winds are seldom strong enough to do much damage. Along the forward edge, they blow from the southeast or the south. A Low, or cyclone, is usually known for its rainy or snowy weather. it actually includes two different kinds of stormy weather:

Another kind of storm somewhat like a cyclone but smaIler and more violent is called a hurricane. This whirling mass of air usualIy has a center about 15 miles in diameter where the pressure is lowest. Just outside the center, winds may reach 200 miles an hour. Hurricanes are formed in tropical regions of the Atlantic Ocean and the Gulf of Mexico. Those that come from the West Indies ordinarily move toward the northeast, sometimes as far as New England. If they strike land, they cause tremendous damage. Near the Philippine Islands and the coast of China, such storms are called typhoons.

When air masses cause storms over large areas, rain or snow may cover a path several hundred miles wide. But some conditions affect much smaller areas and cause a local storm with only a narrow path. Then rain may fall in one town and not in another town nearby. At the edge of a local storm, it may even rain on one side of a street but not on the other side. So not every storm is widespread. Many are just local storms. Sametimes there is a mass of cool air a mile or so above the earth. Then any strong upward current of warm, moist air will cause a Iocal storm. As this air is pushed up into the cooler air above, clouds form and rain falls in a local shower. On a fair summer day, the land absorbs a great deal of radiant energy from the sun and changes it into heat. Soon the air next to the earth becomes quite warm. Open spaces, such as plowed fields and bare ground, get much warmer than grasslands and woods. So the air over the warmer places is pushed upward by the somewhat cooler air around it. As this current of warm air goes higher, it expands and cools enough to make same of its water vapor condense. The water droplets begin to form a cloud. 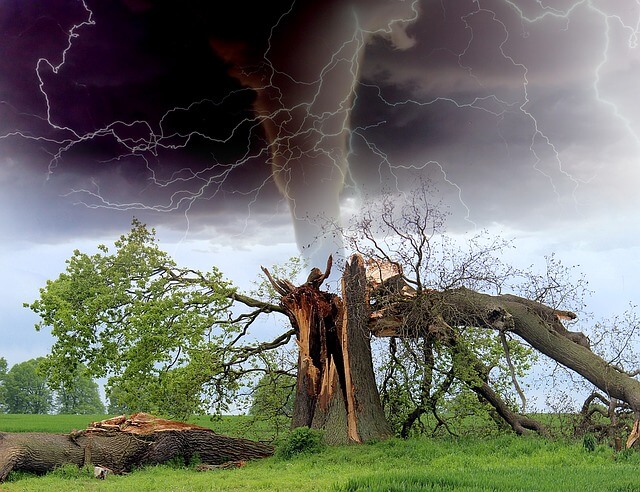 But when water vapor changes to liquid water, it gives out a great deal of heat. This added heat keeps the air in the cloud warmer than the air around it. So the air in the cloud is pushed upward higher and higher. You can see it rolling upward because the top of the rising current of air is a towering thunderhead, or cumulus cloud. A cumulus cloud has a rounded top. Its bottom is flat because water vapor begins to condense at about the same height in all parts of the rising current of air.

The cumulus cloud becomes larger, darker, and more towering. Finally, the sunlight is shut off. There are flashes of lightning and rumblings of thunder, In some way, the droplets of water in the rising current of air charge the cloud with electricity. When the electric charge becomes strong enough, a large spark, or lightning Hash, jumps to the earth or to another cloud. The sudden electric discharge causes thunder. As more water vapor condenses, the water droplets grow larger and run together into raindrops that are too big to float in the air. You feel a cool wind and see streaks of rain falling from the cloud. Soon the rain is splashing around you, and then you are in the midst of a downpour. When there is a very great difference in temperature between the bottom and the top of the cloud, the rapidly rising currents of air are strong enough to produce hail.

During the spring, summer, and autumn, especially on warm, moist days, the conditions that cause a thunderstorm may produce a much more violent storm called a tornada. When a tornado occurs, a slender current of air rises with a rapid whirling motion. The centrifugal force of this current throws the air away from the center, making the pressure there extremely low. You can recognize a tornado by its funnel-shaped cloud that reaches down toward the earth. Fortunately, the tip that touches the ground is fairly small and covers only a narrow path. 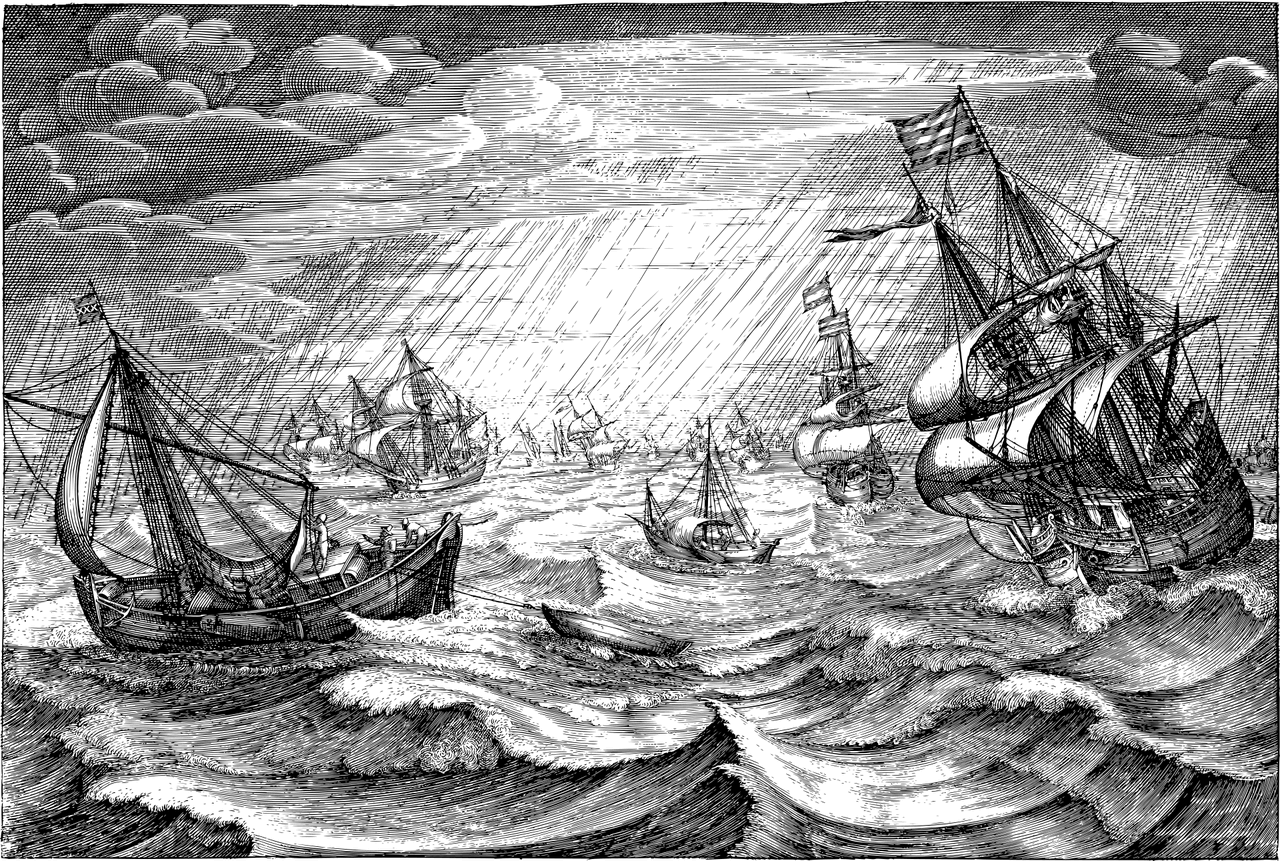 Inside the funnel, winds of up to 200 miles an hour may pick up automobiles, trains, buildings, trees, and even people and animals. As a tornado passes, the air pressure on the outside of a building is suddenly lowered. Then the greater air pressure inside may make the building burst. Tornadoes travel from the southwest toward the northeast at 25 to 40 miles an hour, but they do not last long. A tornado or strong whirlwind over an ocean or a lake is known as a waterspout.