What is farce? The definition and history of farce plays, information about farce.

Farce; is a dramatic form, whose principal purpose is to provoke laughter. It makes no pretense of observing life realistically, nor does it attempt any serious criticism of life by ridiculing man’s faults and weaknesses. It depends for its effectiveness on extravagant exaggeration, presenting situations and characters that are possible but highly improbable in actual life.

Usually of minimal literary value, farce is full of gags and wordplay. and it provides the actors with ample opportunity for broad visual humor. The lines and situations are of ten suggestive, sometimes obscene, but the prevailing good nature and essential innocence of the characters keep farce from becoming offensive. 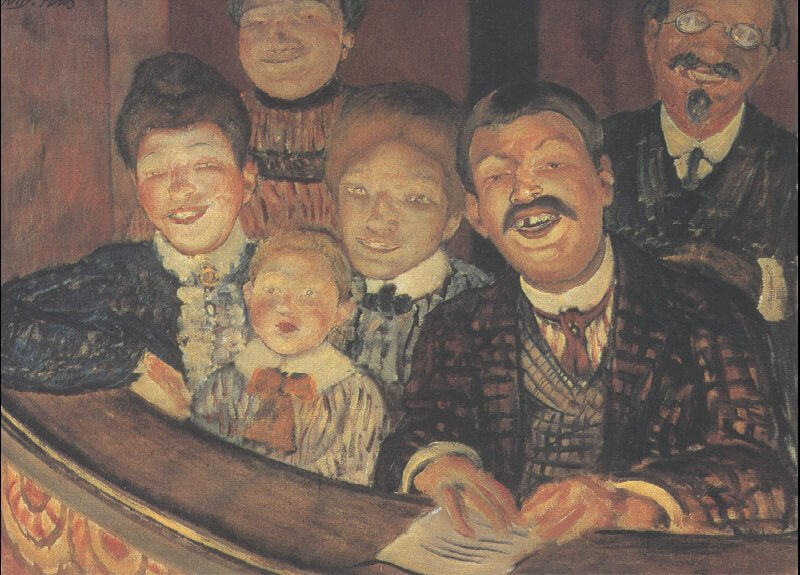 Derived from the Latin verb farcire, the term “farce” was used in the 13th century to designate interpolations made by the clergy into the litany. A first hint of its modem meaning occurred later in the Middle Ages, when it referred to the practice by some actors of departing from the text of serious religious dramas to improvise humorous passages.

Although characteristic elements are to be found in Greek and Roman comedies, most notably in the works of Aristophanes and Plautus, farce as a distinct dramatic genre dates from the 15th century. An example from this period-and still one of the best-is La farce de Maitre Pierre Pathelin by an unknown French author. Plays of this kind were common for several centuries throughout Europe. In England they took the form of a short piece calied an “interlude”. In France, the country that has been most productive of this dramatic form, they provided popular entertainment at outdoor fairs. As a young playwright Moliere came under the influence of these entertainments and subsequently produced some of the best farces in world drama. Famous later playwrights who also wrote short farees were Chekhov and Shaw.

In the 19th and early 20th centuries, bedroom farces were a popular form of theater. Either of French origin or imitations of French originals, the plots revolved around marital and extramarital relationships. Wives pursued erring husbands to places of assignation, which were typically equipped with disappearing beds, closets to hide in, and servants who mistook the suspicious wives for ladies of easy virtue. Considered daring in their time, these plays have little power to shock a modem audience and are of interest primarily as evocations of a bygone period.

While farce comedies occasionally still have moderate success on the stage, farce is no longer a popular form of entertainment. The change of taste is doubtless due to the dominance in the modem theater of plays dealing with social problems and psychological motivation of character.