What does a sunfish look like? Description, classification, facts, behaviour and life cycle of sunfishes. 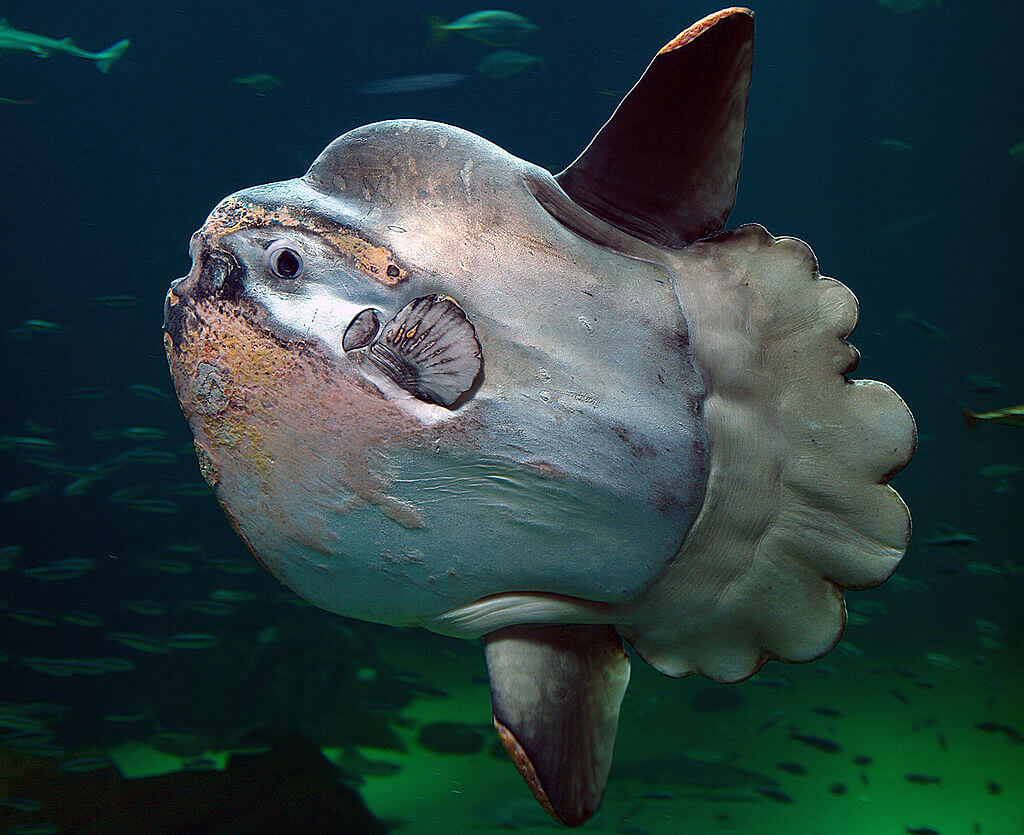 Sunfish; any of a family of over 30 species of freshwater fishes native to the lakes and streams of North America. The sunfish family includes many well-known angling favorites, such as the large mouth and smallmouth basses (genus Micropterus), the crappies ( genus Pomoxis), the rock bass (genus Ambloplites), and several small and colorful species known as pumpkinseed, long-ear, bluegill, and green sunfishes (genus Lepomis). The small species of sunfish are also popular in home aquariums. Members of the family are called “sunfishes” probably for any of three reasons—the bright coloring of the males, the circular appearance of some species when they are viewed from the side, and the circular nest that sunfishes usually build. All sunfishes occur naturally east of the Bocky Mountains, except one species—the Sacramento perch (Archoplites interruptus), which is found in the Sacramento and San Joaquin regions of California. Some species, such as the large-mouth bass (M. salmoides), have also been introduced into Europe and other regions.

Sunfishes of the genus Lepomis are generally deep-bodied and laterally compressed. They have small mouths and well-developed opercular flaps that are sometimes erroneously called “ears.” Each also has one long dorsal fin, the anterior part of which is composed of strong spines, while the posterior part is made up only of soft rays. The pelvic fin consists of one spine and five soft rays, while the anal fin has three spines and many soft rays. The caudal fin is only slightly forked. Sunfishes range in size from the 1%-inch (3.7-cm) banded sunfish (Elassoma zonatum) and mottled sunfish (E. evergladei) to the largemouth bass, which may measure up to 32 inches (81 cm). Two common species are the 3-inch (7.5 cm) blapk-banded sunfish (Enneacanthus chaeto-don)a found in freshwater from New Jersey to northern Florida, and the slightly larger, pigmy, or blue-spotted, sunfish (Enneacanthus gloriosus), found throughout the eastern and southeastern United States. The various species of sunfishes, when overcrowded, may become dwarfed, or they may hybridize and produce offspring that may be difficult to distinguish from one another.

Sunfishes are somewhat aggressive, especially during the spawning period, which begins in the spring when the temperature rises. The males move inshore, select nesting sites, and begin to prepare nests. Each male, with a series of fanlike motions of its tail and body, clears a circular area and forms a shallow depression. He then lures females to the nest where they deposit eggs, each nest normally containing the eggs of more than one female. He then fertilizes the eggs, guards the nest zealously, and aerates them by fanning them with his fins. If he is caught or removed from the nest at this critical time, the young will quickly perish. After the eggs hatch, the fry rise to the surface and are soon abandoned by the male. The life of a typical sunfish is short, seldom more than 10 years. All sunfishes are carnivorous. They eat a variety of smaller creatures, such as terrestrial and aquatic insects, crustaceans, and mollusks, as well as smaller fishes. Most species travel in schools and prefer the quiet weedy waters of ponds or lakes.

The freshwater sunfishes are classified in 10 genera, making up the family Centrarchidae, of the order Perciformes. The name “sunfish” is also sometimes applied to the ocean sunfish (Mola mola).