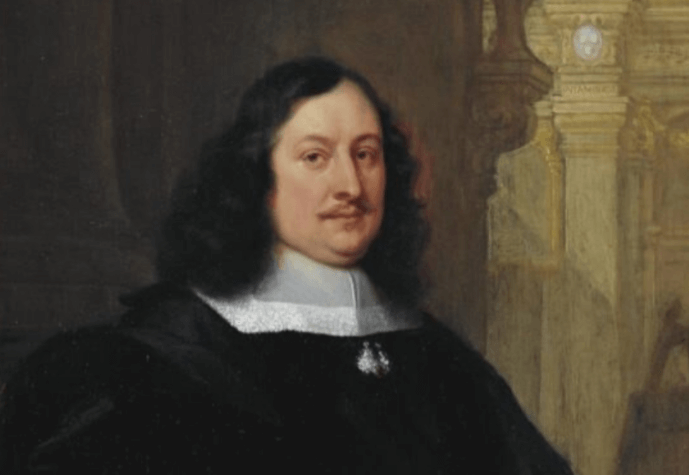 David Teniers the Younger was born in Antwerp and baptized on Dec. 15, 1610. He came from a family of painters, including his father, David the Elder (1582-1649), with whom he studied, and his son David (1638-1685). David the Younger became a master in the Antwerp painters’ guild about 1632 and dean in 1645. He married the daughter of Jan Bruegel the Elder in 1636. In 1651, David was called to Brussels to the court of Archduke Leopold William, regent of the Spanish Netherlands, to be court painter and keeper of the ducal art collection. David ran a busy workshop, but his work became less assured in later years. He died in Brussels on April 25, 1690.

David the Younger carried on the realistic, “low life” tradition of Adriaen Brouwer, in his peasant and drinking scenes, such as The Card Players (Royal Museum, Brussels), Inn Scene (Mauritshuis, The Hague), and The Dentist (Gemaldegalerie, Dresden), but with greater restraint and delicacy. His scenes of peasants dancing recall Rubens’ kermesses (festivals) in subject but are generally simpler in composition and more subdued in color. David the Younger also painted mythological and religious subjects, such as the Temptation of St. Anthony (one version, Gemaldegalerie), and satire, as in A Party of Monkeys (Alte Pinakothek, Munich).

His landscapes, such as Landscape with Rainbow (Museum Dahlem, Berlin) and River Landscape (Gemaldegalerie), and still lifes, for example Study of Accessories (Royal Museum), rival those of the Dutch masters in their clarity of treatment and their tonal and atmospheric effects. He included in the backgrounds of his later landscapes his country house near Brussels. David the Younger also recorded contemporary civic and historical scenes and portrayed is patron’s Picture Gallery.