What is baboon? What kind of animal is it? Baboon facts, living habitat, types, kinds, reproduction. Information about Baboon animal. 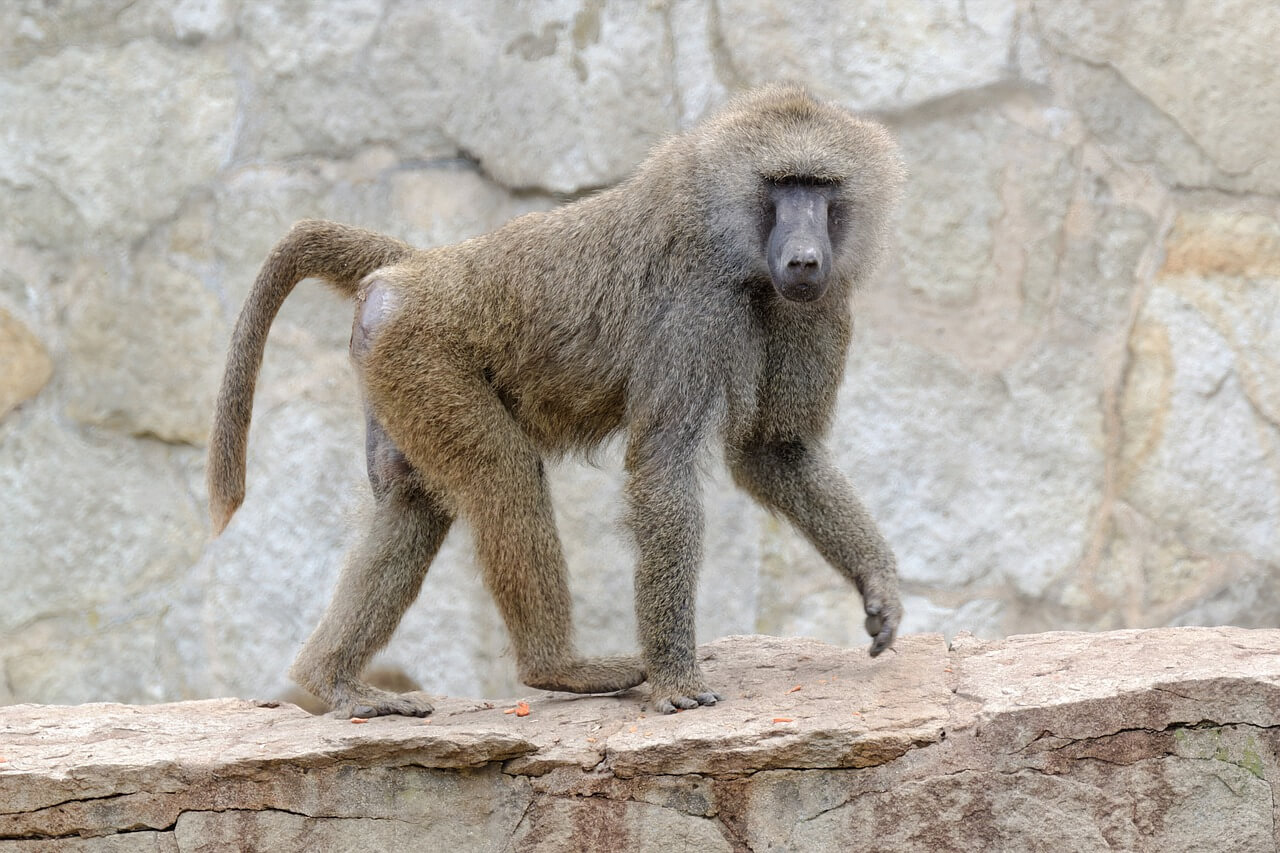 Baboon; is the common name for several types of mainly terrestrial African monkeys. They are characterized by their large size and distinctly doglike appearance. Their muzzles are elongated, with nostrils usually at the front rather than on the sides. Baboon cheek pouches are well developed for the temporary storage of food, and the males have enormous canine teeth, which may reach a length of two inches (5 cm) and are used in defense. The baboon’s fore and hind limbs are nearly equal in length and strongly built, and the animal uses all four limbs in walking. The buttocks of baboons are covered with characteristic seat pads (ischial callosities), surrounded by large areas of naked skin, which may be brilliantly colored in some species.

Baboons are gregarious and have a well-defined social system. They travel in groups ranging from single families to large troops of 200 or more. The groups are under the leadership of a few old adult males. Baboons are aggressive and feed both on plants and on animals. They are active in the day, and at night they sleep in large trees or caves. Baboons breed throughout the year. One young is produced after a gestation period of six to seven months. 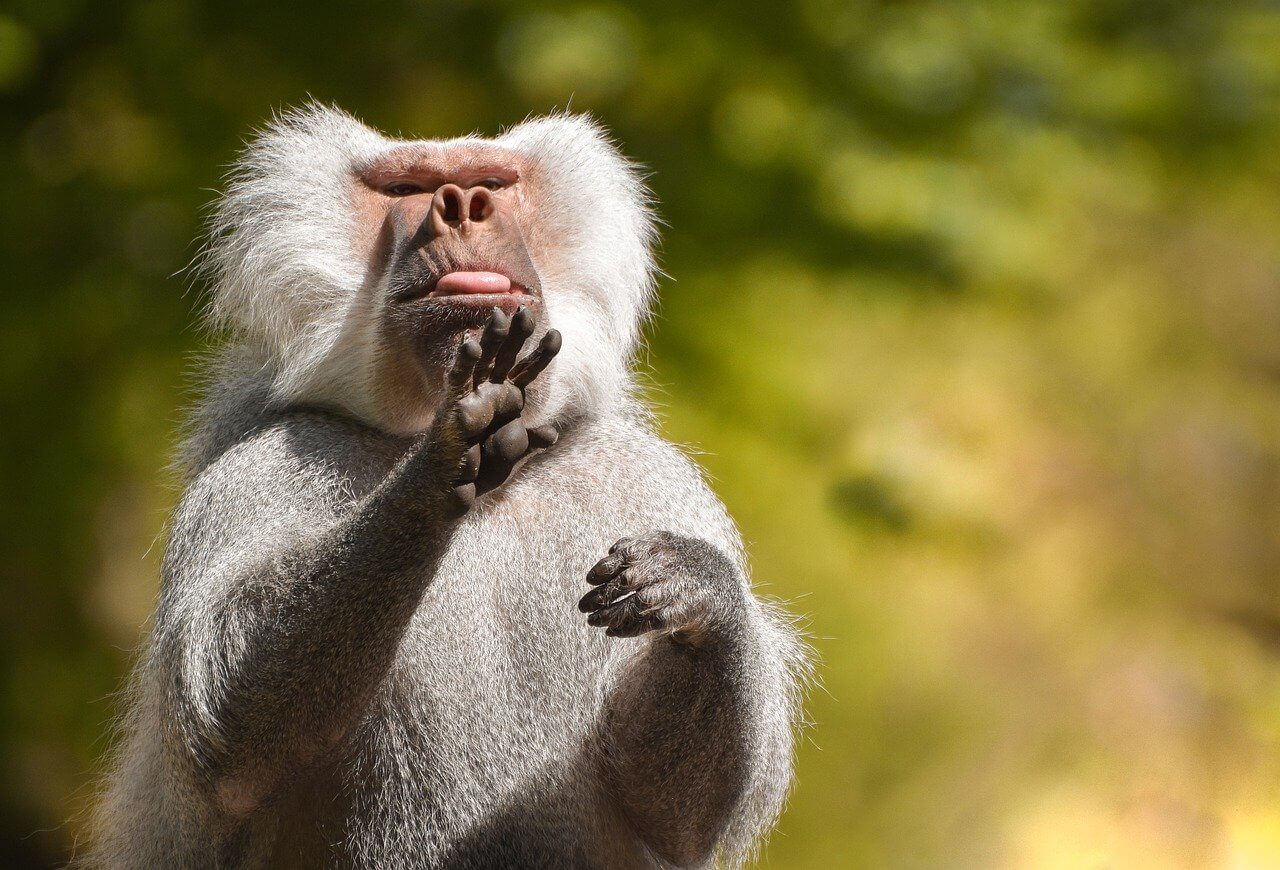 The baboons form a specialized group of the family Cercopithecidae, which comprises all the tailed monkeys of the Old World. There are about eight recognized species, which are placed in four genera. Specific differences are based chiefly on color, size, and length of tail, but there is some confusion about their nomenclature.

One of the best-known baboon forms is the chacma (Chaerapithecus ursinus), found in eastern and southern Africa. It ranges in height from 19 to 45 inches (48 to 114 cm) and may weigh 30 to 90 pounds (14 to 41 kg). Other species in the genus Chaeropithecus are the yellow baboon (C. cynoephalus) found in central and southern Africa; the smaller, reddish Guinea, or western, baboon (C. papio), found in western and central Africa; and the Doguera baboon (C. doguera), found in the rocky open regions of Africa. Members of this genus have protruding muzzles and brown to yellow hair. They do not have the long manes common in other forms. 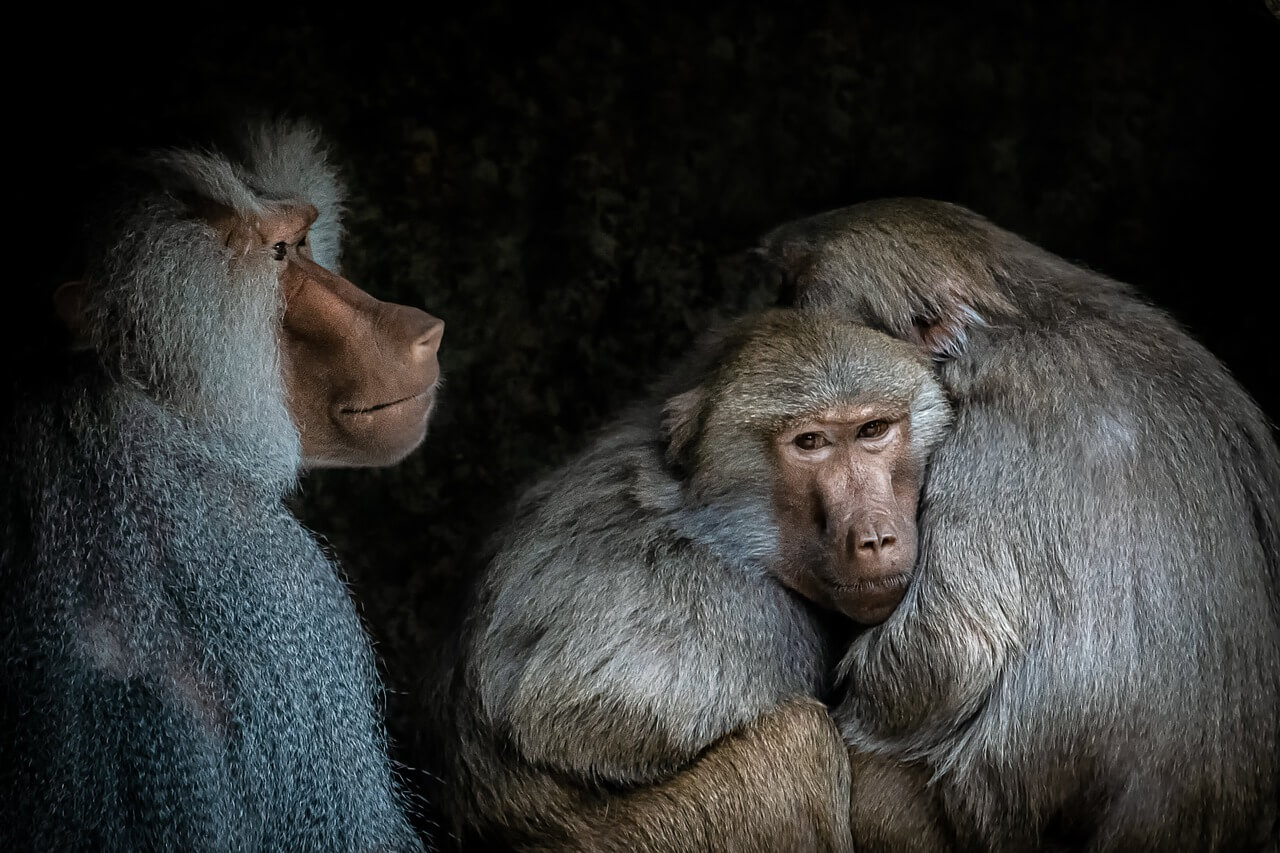 The baboon that is most interesting historically is the Arabian, or hamadryas (Comopithecus hamadryas), found in the hilly regions of Sudan, Ethiopia, and along the eastern border of the Red Sea in Arabia. This is the sacred baboon worshiped by the ancient Egyptians as the companion of Thoth, the god of wisdom magic, and letters. It is identified by the heavy mane of ashy gray hair that grows around the neck and shoulders of the older males.

Two west African baboons that are conspicuously different from others are the mandrills (M. sphinx) and drills (M. leucophaeus), in the genus Mandrillus. They have prominent, colored ridges along each side of their nasal bones, and their seat pads are reddish-purple. They also have a beard, crest, and mane of hair. 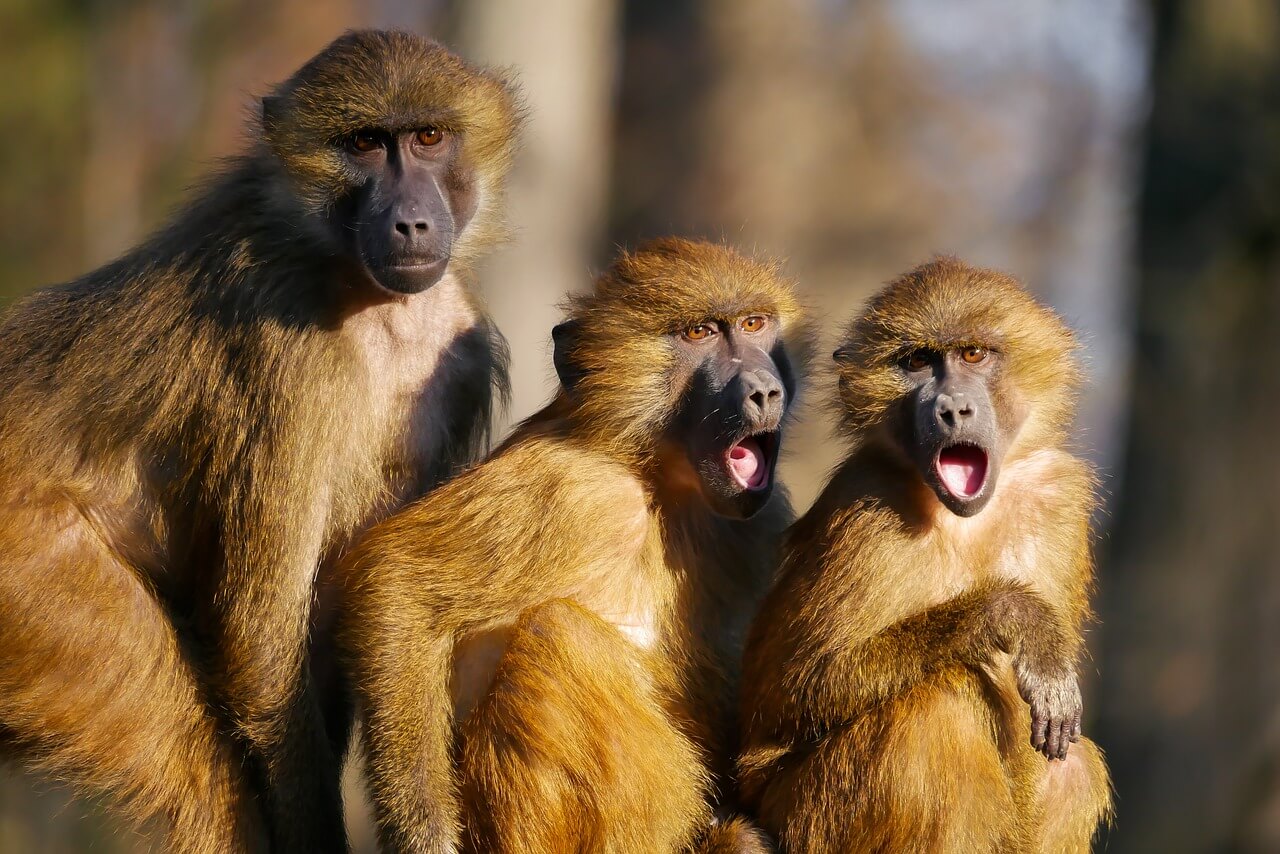 The gelada baboon (Theropithecus gelada) is found in the high mountainous regions of Ethiopia. It differs from the other genera in having its nostril openings on the sides of the nose rather than at the front.