By the end of the 16th century the coherence and authority of the primarily Aristotelian intellectual culture of the late Middle Ages (not to mention its social, political, and religious institutions ) had been decisively undermined. But no equally comprehensive alternative view of the world, and of man’s place and role in it, had yet been satisfactorily established. For many of the most sensitive and conscientious intellectuals of the period the result was a deep sense of uncertainty and disillusion, together with a tendency (most notably expressed by Montaigne) to abandon active life and to withdraw into oneself. Descartes reinvigorated the philosophical thought of his time by transforming its skepticism and emphasis on self from expressions of despair into creative instruments contributing to intellectual progress.

Descartes regarded the syllogisms of Aristotelian logic as worthless for the purposes of inquiry. He found them suitable for displaying in a convincing manner the evidence for conclusions that had already been established, but of no value whatever in the effort to make fresh discoveries. On the other hand, he believed that his own method was a powerful means of acquiring new truths.

This method was essentially rationalistic. It involved, first, identifying by conceptual analysis the simple elements to which all more complex objects of thought may be reduced, and, second, synthesizing an understanding of the structure of reality by perceiving the necessary relationships in which these elements must stand to one another.

His initial moves in applying this method were to press uncertainty to its ultimate limit by subjecting to the most uncompromising criticism the evidence on which his accustomed beliefs rested, and to suspend every opinion, however plausible, in which he found even the slightest rational basis for doubt. This ruthless gambit had a double purpose. First, Descartes intended to regain complete control over his own mind by eliminating the preconceptions and prejudices he had acquired during the time when he was not yet capable of exercising his critical faculties autonomously. And, second, he hoped to uncover some proposition that would prove itself immune to even the most relentless skepticism and that could thus provide a firm foundation for the reconstruction of his system of beliefs.

His plan was to proceed from this proposition, once he had found it, by steps so cautious and well-defined that there would be no risk of error or of misunderstanding. In pursuing this strategy Descartes consciously imitated what he took to be the method of mathematics, whose peculiar lucidity and certainly he wished to introduce into the other branches of learning with which he was concerned. 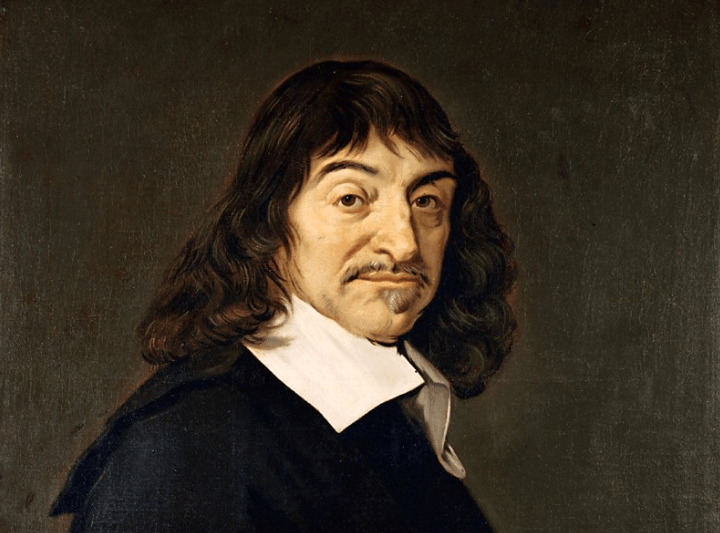 Descartes’ methodological skepticism led him first to a suspension of all beliefs based on the evidence of the senses. Sensory evidence is never in itself conclusive, he argued, since it is always possible (so far as can be determined by the senses) that a person is dreaming or that a supernatural power has arranged for him to be deceived.

But while Descartes therefore provisionally regarded the existence and character of physical objects (including his own body) as uncertain, like Montaigne he found the reality of his mind uniquely secure against all doubts. However determined his skepticism, he could not doubt that he was doubting; this proposition was confirmed by the very effort to refute it. In what is surely the most famous statement in philosophical literature—”I think; therefore I am” (“cogito ergo sum”)— he expressed the unimpeachable certainty of his own existence as a thinking being and identified the point from which his efforts to reconstruct his beliefs could confidently proceed.

It was not by the use of his senses, Descartes believed, that he had come to the certain knowledge of his existence as a thinking being. It was by the use of reason, which enabled him to make the conceptual distinction between mind and body and thus to recognize clearly that while the existence of his body might be subject to doubt there could be no logical basis for doubting the existence of his mind. His most general principle of inquiry was to accept only propositions that he understood with similar clarity and distinctness to be true. This did not preclude using data obtained by the senses. But it did mean that the significance of sensory data must be evaluated by reason and that the criteria for judging the acceptability of any belief are logical rather than perceptual.

Adopting this principle obliged Descartes to justify his confidence in reason. He attempted to accomplish this by deriving the reliability of reason from the benevolence of God. His chief argument for the existence of God was as follows: since man is aware of his own imperfection, he must have a notion of perfection by which he measures himself and finds himself wanting; he cannot have obtained this notion from experience, because nothing in his experience is perfect; and so the notion must be innate, and it can be accounted for only by supposing that there is in fact a perfect being who created man and implanted in him the notion of perfection; thus a perfect being (God) who created man must exist.

The fact that man can prove God’s existence, Descartes argued, implies that man can rely upon beliefs to which he has no genuine alternative. For it would have been wicked for God to create human beings in a way that they cannot help being deceived, and wickedness is incompatible with divine perfection. Man has no alternative to accepting the dictates of reason, since it is his highest faculty; reason must accordingly be reliable, at least in the sense of being able to correct the mistakes it makes. Also, man has no genuine alternatives to certain beliefs that cannot be established directly by reason—for example, the belief that there is a physical world external to himself. Thus, man can regard the reliability of these beliefs as also guaranteed by the benevolence of God. In this way Descartes validated reason and reinstated some of the most fundamental judgments that his initial skepticism had required him to suspend.

But Descartes did, not satisfactorily explain how a body and a mind can be united or how a material substance can act upon (or be acted upon by) a substance that is altogether immaterial. Several major attempts to solve these problems were subsequently made by other philosophers—most notably Malebranche, Spinoza, and Leibniz—who accepted Descartes’ dualism of mind and body, and contemporary philosophy is still contending with them.

Aristotelian scientists believed that independent sets of natural laws governed the behavior of objects of different sorts. They regarded these laws as basically teleological (that is, as explaining the behavior of each type of object in terms of the object’s purposes) and as depending upon the specific qualities of the objects concerned. But Descartes rejected teleological explanation on the ground that it was impossible for men to know the purposes for which God had designed and created the world.

In his analytic geometry Descartes had shown how spatial characteristics can be construed in quantitative terms. It followed from his view of matter as essentially spatial extension, with no mental properties, that matter is uniform in kind throughout the universe, and that all the properties (as well as the motions) of physical objects can be regarded as quantitative. Thus, the behavior of the physical world (including human bodies) is describable entirely by mathematical physics in a single set of numerical laws.

His identification of matter with spatial extension had other important consequences for Descartes’ scientific thought. It led him to reject the notion of a vacuum, since the assumption that there could be space without matter was self-contradictory in his terms. It led him also to regard matter as being, like space, infinitely divisible and unlimited in extent. He conceived the universe as a plenum whose originally undifferentiated state had been disrupted by the local development of vortical motions. His theory of vortices, by which Descartes attempted to account for the facts of astronomy as well as for phenomena such as gravity and magnetism, was the dominant theory of physics in Europe until it was supplanted by that of Sir Isaac Newton in the late 17th century.

Apart from his contributions to physics and mathematics, Descartes’ most important scientific work was in physiology. He regarded progress in medicine as the ultimate goal of all his endeavors and devoted a great deal of his time, throughout his mature life, to dissections, vivisections, and physiological experiments. Some of his work on the physiology of vision and of the nervous system is especially notable, and he attempted to extend Harvey’s account of the circulation of the blood by offering an explanation of why the heart beats. More than in any particular results, however, the importance of his work as a physiologist lay in his establishing the conception of the human body as a machine whose structure and behavior were to be understood entirely on mechanical principles.

Descartes’ historical importance cannot be measured solely in terms of the influence, however great, enjoyed by one or another of his particular philosophical or scientific views. It is his general intellectual stance, and his conceptions of philosophy and of science, that had the greatest impact on the subsequent development of modern culture. Long after the details of his system of physics were rejected, his mechanistic view of the physical world and his vision of the unity of science remained dominant.

Even philosophers who diverged radically from Descartes’ doctrines on specific matters very largely followed him in his demand for certainty, in his emphases on analysis and the rational reconstruction of thought out of irreducibly simple elements, in his insistence on the primacy of method and of epistemology, and in his claim that the ultimate grounds of knowledge are in knowledge of the self. Finally, Descartes’ wholesale rejection of tradition and his dramatic affirmation of the autonomy of individual reason played an important role in the development of modern individualism and secularism. It was primarily these characteristics of his thought that led the 19th century German philosopher Hegel to call him one of the heroes of philosophy and the 20th century French Communist leader Maurice Thorez to regard him as one of the intdllectual fathers of the French Revolution.