Ramón de Campoamor y Campoosorio; (1817-1901), Spanish writer, who was the first important Spanish poet to break with the romantics. His contemporaries thought him a literary genius comparable to Homer, Shakespeare, Calderón, and Goethe, but later critics considered him outside the mainstream of world literature.

Campoamor was born on Sept. 24, 1817, in the village of Navia in Asturias. He was orphaned at an early age and for a time planned to join the Jesuit order. He studied Latin in Puerto de Vega, philosophy in Santiago de Compostela, and logic, mathematics, and medicine in Madrid. Without having completed any course of studies, he decided on a career in literature. In 1845 he became editor of the newspaper El Español. He was governor of Alicante in 1854 and of Valencia in 1856. In 1861 he became a member of the Spanish Royal Academy. He died in Madrid on Feb. 12, 1901. 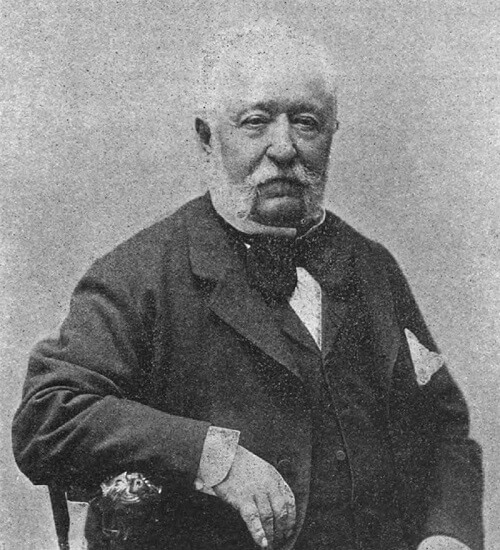 Campoamor claimed to have invented two new poetic forms—the dolora and the humorada—but both forms existed before his time; he merely gave them new names. The dolora (as exemplified in his Fábulas morales y doloras, 1846), consisting of two (or sometimes four) verses in dramatic or dialogue form, contain clever and humorous moral reflections or philosophical judgments on contemporary mores. The humorada (Humoradas, 1886-1888) is the dolora minus the dramatization. The pequeño poema (Los pequeños poemas, 1872-1874) is essentially an expanded dolora in which the poet satirizes human foibles.

Campoamor wrote several long narrative poems, including Colón (1853 ), a symbolic work based largely on Columbus’ discovery of America, and El drama universal (1869), which purports to summarize the entire history of mankind. Among his philosophical prose works are El personalismo (1855) and Lo absoluto (1865). He also wrote a number of verse plays that are more suitable for reading than for staging. His Poética (1883), which discusses his poetic precepts, reveals his aversion to art for art’s sake and his approval of art founded on ideas.