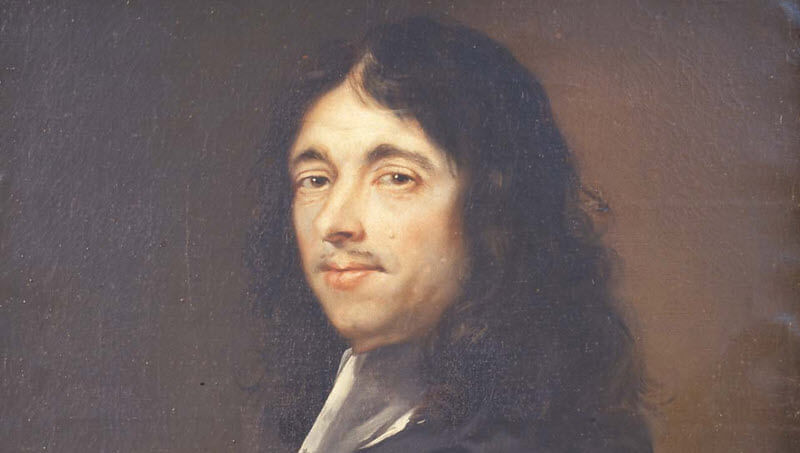 Pierre de Fermat; (1601-1665), French mathematician. He was born in Beaumont-de-Lomagne, near Toulouse, France, on Aug. 20, 1601. He studied at the University of Toulouse and then at the University of Orleans, where he received a law degree. Fermat pursued many activities in addition to his profession as a lawyer and legislator in Toulouse. He enjoyed some reputation as a classicist and poet but devoted most of his spare time to mathematics, the field in which he earned lasting renown. He died in Castres, France, on Jan. 12, 1665.

Fermat followed the lead of his elder compatriot François Viete in approaching mathematics algebraically. Convinced that Viete’s new symbolic algebra offered a single vehicle for treating both arithmetic (number theory) and geometry, Fermat not only made free use of algebraic notation but, more importantly, sought to treat his material in terms of the algebraic theory of equations.

By 1636, Fermat had established a means for solving geometrical locus problems, using iıı-determinate equations referred to an axial system. He shares credit, therefore, with Descartes for the invention of analytic geometry. At the same time Fermat announced an algebraic method for determining the maximum and minimum values of such indeterminate equations and showed how to use this method in finding the tangent to any point on the corresponding curves. The method of maxima and minima became the basic algorithm for obtaining the derivative of an algebraic polynomial and laid the foundation for the later development of the differential calculus. Fermat’s research into the quadrature of curves of the form x^m y^n = k and x^m = ky^n (m,n -1,2,…), the rectification of curves (especially the cycloid), and the determination of the volume and center of gravity of solids of revolution also contributed to what later became the integral calculus. Fermat himself, however, never recognized the inverse relationship between the problem of finding the tangent to a curve and that of finding the area under it and hence is not an inventor of the calculus.

In Fermat’s own mind, his results in algebraic analysis took second place to his discoveries in number theory and the methods he used to make them. Of lasting importance are his proofs that a prime number is the sum of two squares if and only if it is of the form 4k + 1 and that if p is prime then a^(p-1) = 1 (mod p) , as well as his assertion that the equation x^n + y^n = z^n has no solution in integers for n>2. Among his solution techniques he valued most his method of infinite descent, a reverse form of mathematical induction. Although his work in number theory found little andience during his lifetime, it was later brought to fruition by Leonhard Euler, Adrien Marie Legendre, Karl Friedrich Gauss, and others.

Fermat also shares credit for founding the theory of probability, the basic elements of which he worked out in correspondence with Pascal on the problem of the equitable distribution of gambling stakes when play is prematurely halted. Although he had little interest in physical problems, Fermat did apply his method of maxima and minima to a derivation of the sine law of refraction, working from the premise that light takes the quickest path between two points (Fermat’s principle).