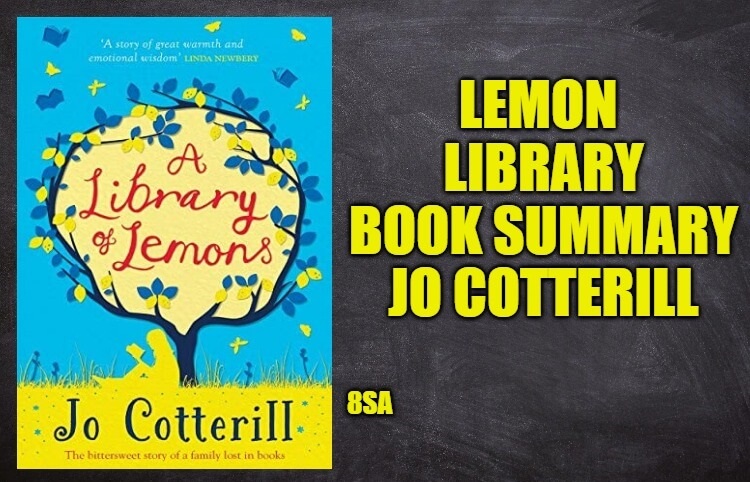 Calypso was a very happy child when his mother was alive. He had no siblings. His mother loved to paint and read books. She was forced to grow up when she was 5 years old. One day, her mother learned that she had uterine cancer. His disease was advanced. It was no longer possible to have a cure. And she died suddenly one morning. This pain weighed heavily on Calypso and his father. His father gave himself to inner, spiritual power. He was always busy with books. While she wanted to raise her daughter very strong, she forgot that she was a child. It made him forget to be happy, to have friends, to cry is normal. She made you forget to hug. She didn’t think she would need love. So he thought he was protecting himself and his daughter. Calypso always took refuge in books. They had turned his mother’s painting studio at home into a library for Calypso. Two people lived in the huge house. Their financial situation was also not very good. His father was trying to write a book about Lemons. It contained a lot of information such as medicines to be made from lemon, meals, drinks, how it was produced.

Because his father was always working, Calypso would think about it for dinner when he got home from school. She was tired of thinking about dinner, about home, about her father. Their mothers did all the housework for their friends at school. She was tired of this situation now, too. The closet was also empty. He had no friends. She was only friends with the characters in the book. She wanted to be a writer in the future. One day a new girl came to school. Her name was Mae. Mae was a very smiling, sweet girl. But Calypso stayed away from him, too. In the classroom, Mae sat next to her in her vocabulary lesson. Their task was to match words. Since Calypso was the best at this, their teacher gave them the hardest pairing. Thanks to this, Calypso saw that Mae was also very good with words. An intimacy began to develop between them. They started talking about books. A few days later, Mae invited him to their home.

Mae and her family were such sweet and good people. His mother was very understanding and loving. Mae’s parents offered to stay for dinner if her father wouldn’t be angry. Calypso didn’t want to go home and worry about dinner. She knew that her father wouldn’t notice her absence anyway. She stayed there to eat, blocking their calls. She didn’t want to deal with the trouble of eating at home again. When She returned home, she was exactly as she had predicted. After a while, Calypso invited Mae to their home. She wanted to show him her library. Mae wasn’t home when she arrived. She took a tour of her own library first. Then they entered his father’s library to show him the other books he had inherited from his mother. But instead of her mother’s books, there were lemons. Calypso looked insane when his father arrived. Those books were the last things from her mother, she. The last link between him and her was those books, she. How would he throw it? How could she ignore this bond? Were lemons more valuable than her mother, books? Mae was terrified and called her mother. His mother came and took Calypso to their home. And she applied for state support.

The next day, some people from social services came to the school. His father had not been able to get over his mother’s death. They said they would talk it over with Calypso and help him. His father was now going to the psychologist. He was just beginning to realize his mistakes. When he said that he was getting better every day, the book he wrote was rejected 4 times. She fell into depression again as a result of this. But Calypso thought his father would get through this. After a while it did. By the time the book was finished, Mae and her friendship were now a year old. Mae and her family had been so good to Calypso and his father. They were helping to heal their wounds, and they were doing it with love. His father was getting better every day. Calypso was very happy now.

It tells about the wounds of a child who had to take on many responsibilities after the death of his mother and had to grow up suddenly. Children want love. Every child has the right to grow up with love and care. I imagine a world where the biggest problem of children will be which toy they want to play, being undecided about which game to play, and wanting to watch more cartoons. Because other troubles do not suit children at all. Hoping for a world where all children will be happy.