What is Plateau? What are the Geographical Features of Plateaus?

What is plateau? Features of plateau land and how it occurs. Plateau types and information about plateau.

Plateau; an extensive land surface, nearly flat or moderately sloped, characterized by relatively high elevation (usually over 2,000 feet, or 610 meters) and limited on at least one side by steep downward slopes. Plateaus are often referred to as tablelands, since they are essen-tialy flat-topped and stand conspicuousy above an adjacent land area. Along their other margins they give way to hills or mountains. Where major streams cross them, deep, steep-sided valleys or canyons may interrupt the continuity of the surface, creating what is called a dissected plateau. If the interstream spaces are of approximately the same elevation and are relatively flat, the whole area is still referred to as a plateau. The Colorado Plateau, for example, has an average elevation of 7,000 to 8,000 feet (2,100-2,400 meters), yet except in the immediate vicinity of the Grand Canyon few interruptions to the monotonous flatness are to be seen over thousands of square miles. Along the canyon it is a dissected plateau.

When stream erosion is well advanced and little of the original surface remains relatively flat and at the highest elevation, an area is referred to as a dissected plateau or hilly land. Much of southeastern Ohio and West Virginia represents such a plateau. In some instances ranges of low mountains or hills may rise above the generally flat surface of the plateau. Where these are not so frequent nor so prominent as to destroy the broad concept of an extensive flattish surface at moderate elevation, the term “plateau” is still applied. Such a surface as that of central Spain is an example. Often, too, broad glacial surfaces, like that covering most of Greenland, are referred to as ice plateaus. 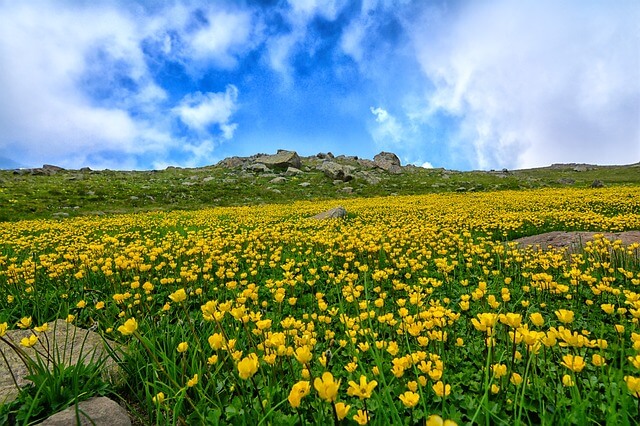 Plateaus may be classified in a variety of ways: by location, by bedrock structure, and by stages in erosional evolution. The specific classification used largely reflects the characteristics one wishes to emphasize. In the first category of classifications, for example, are piedmont, inter-mont or intermountain, and continental plateaus. If structure is emphasized, such types as horizontal rock plateau and lava plateau are recognized. Dissected plateaus may be mentioned in the third category.