John Dewey; (1859-1952), American philosopher and educator, who was the most influential American thinker of his time. His philosophy of “instrumentalism,” and his writing and teaching in general, profoundly affected not only philosophy and educational theory and practice but also psychology, law, and political science.

John Dewey was born on a farm near Burlington, Vt., on Oct. 20, 1859. After graduating from the University of Vermont in 1879, he spent three years teaching in schools in Pennsylvania and Vermont. During this period he published, in the Journal of Speculative Philosophy, his first philosophical articles. 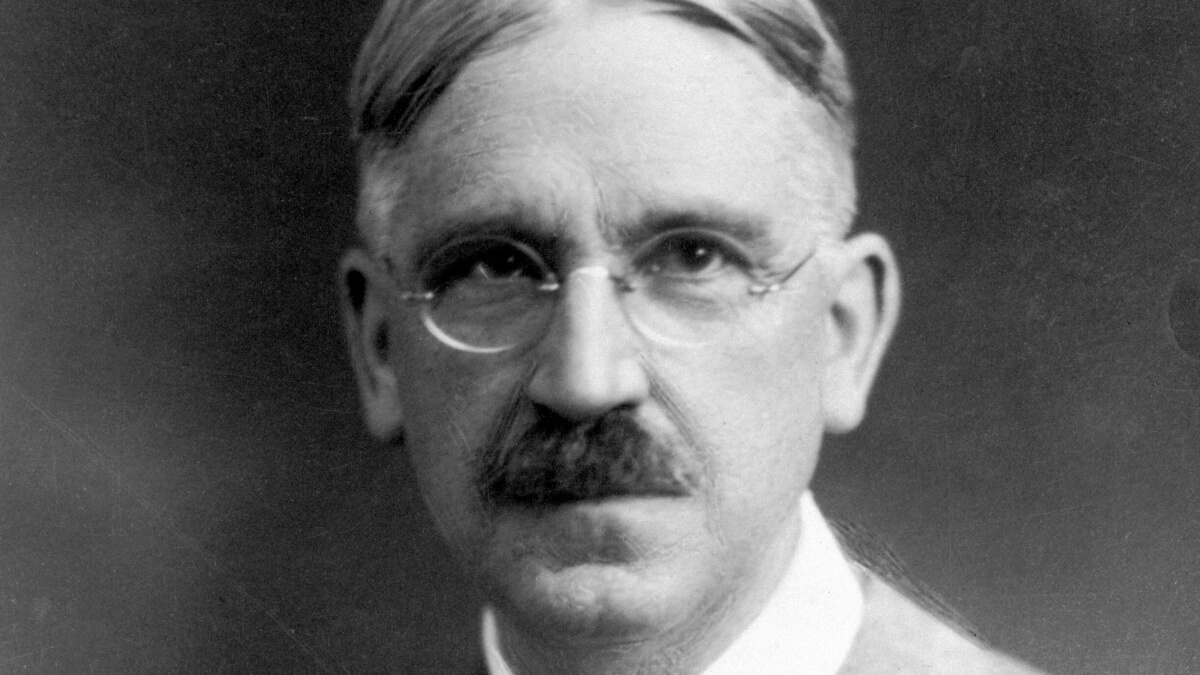 Inspired by the philosophical guidance of Professor H. A. P. Torrey of the University of Vermont, Dewey decided in 1882 to continue his studies at the newly opened Johns Hopkins University. On the acceptance of his dissertation, “The Psychology of Kant,” he was awarded a doctorate there in 1884. In the same year he became an assistant professor of philosophy at the University of Michigan.

After an interval of one year ( 1888-1889) as a professor of philosophy at the University of Minnesota, Dewey served as chairman of the philosophy department at the University of Michigan from 1889 to 1894. During this period he published several books, as well as articles on philosophy, psychology, and education. In 1886 he married his first wife, Alice Chipman, who later became a professional educator; they had six children.

Recognition of Dewey as an important educator dates from his work as chairman of the department of philosophy, psychology, and pedagogy at the University of Chicago (1894-1904). In 1896 he organized the university’s laboratory school, which he directed with the help of his wife until 1903. There he pioneered in experimenting with curricula, methods, and organization, effectively combining educational theory and practice. His success in persuading parents to participate with teachers in the educational process led to the publication of his first influential educational work, The School and Society (1899), a series of lectures to parents of the pupils in the school. During his tenure at Chicago he also published many other books and served (1899-1900) as president of the American Psychological Association.

Because of disagreements with the administration of the University of Chicago over the laboratory school, Dewey left Chicago in 1904 to become a professor of philosophy at Columbia University. There he attained the full measure of his national and international reputation as a philosopher, educator, writer, and leader in public affairs. Through his teaching and writing Dewey reached out to the minds of philosophers and educators all over the world. His concern transcended the academic; he labored incessantly for the betterment of human life everywhere. Through his own work and that of his disciples, the foremost of whom in the field of education was William Heard Kilpatrick, Dewey affected educational thought and practice in many lands. 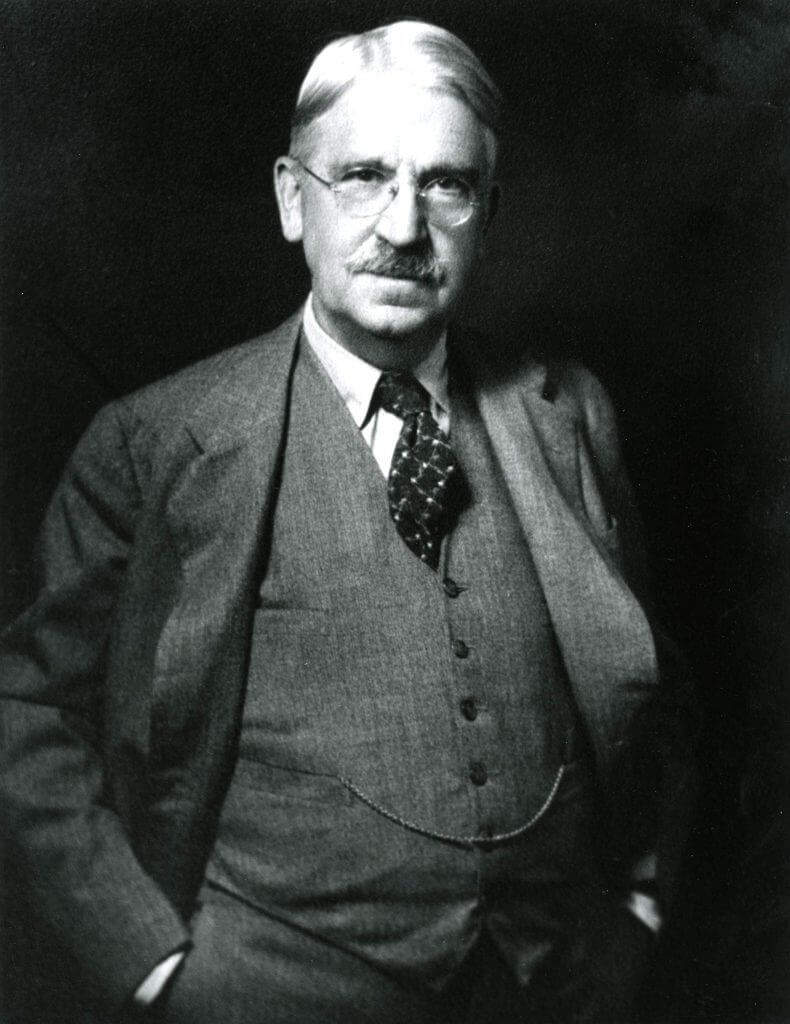 During this period Dewey was active in many organizations. He served as president of the American Philosophical Association in 1905-1906. In 1915 he became the founder and first president of the American Association of University Professors. The next year he became a charter member of the Teachers’ Union, which he was to leave in the 1930’s because of what he felt were leftist tendencies. In 1920 he helped organize the American Civil Liberties Union. On the international scene, Dewey made tours of the Far East in 1919 and 1931. He also surveyed education in Türkiye (1924), Mexico (1926), and the USSR (1928), recording his observations in Impressions of Soviet Russia and the Revolutionary World, Mexico—China—Türkiye (1929).

After his retirement in 1930, Dewey concentrated on writing and on public affairs. He was active in advancing adult education, especially in the fields of political and international understanding. His political activities included the presidency of the People’s Lobby in Washington (after 1929) and the chairmanships of the League for Independent Political Action and the League for Industrial Democracy. He also served as chairman (1937—1938) of the commission of inquiry into the charges made against Leon Trotsky in the Moscow trials; its finding, that Trotsky was innocent, subjected Dewey to a storm of vituperation from the Soviet and American Communist parties.

Although Dewey’s early philosophy followed the idealism of Hegel, he gradually drifted away toward the pragmatism of William James. This meant that he came to reject the view that truth is fixed and unchanging in favor of the view that truth is determined on the basis of the consequences of ideas. Dewey’s philosophy, usually known as “instrumentalism” or “ex-perimentalism,” is reflected in his educational theory in its emphasis on the importance of “learning by doing” and its opposition to the stress on dogmatic and authoritarian teaching methods and on rote learning.

He advocated laboratory and workshop courses, which he felt would foster creativity and cooperation among the students. Dewey held that the democratic society must instill in its citizens the habit of free inquiry and an antipathy to rigid and dictatorial methods. Typical of his view that education, to be most meaningful, must have a practical outcome is his statement, in Democracy and Education (1916), that “men have to do something to the things when they wish to find out something; they have to alter conditions.”

Dewey’s ideas were adopted and often distorted by the “progressive education” movement, with the result that, to cater to the whims of students or teachers, subject matter was often neglected in favor of disorganized entertainment or reduced to mere vocational training. The spread of such abuses ultimately forced Dewey to protest them in his Experience and Education (1938), which affirmed the importance of the cultural heritage and cautioned against deriving education from experience alone: “The belief that all genuine education comes about through experience does not mean that all experiences are genuinely or equally educative. Experience and education cannot be directly related to each other. For some experiences are mis-educative.” 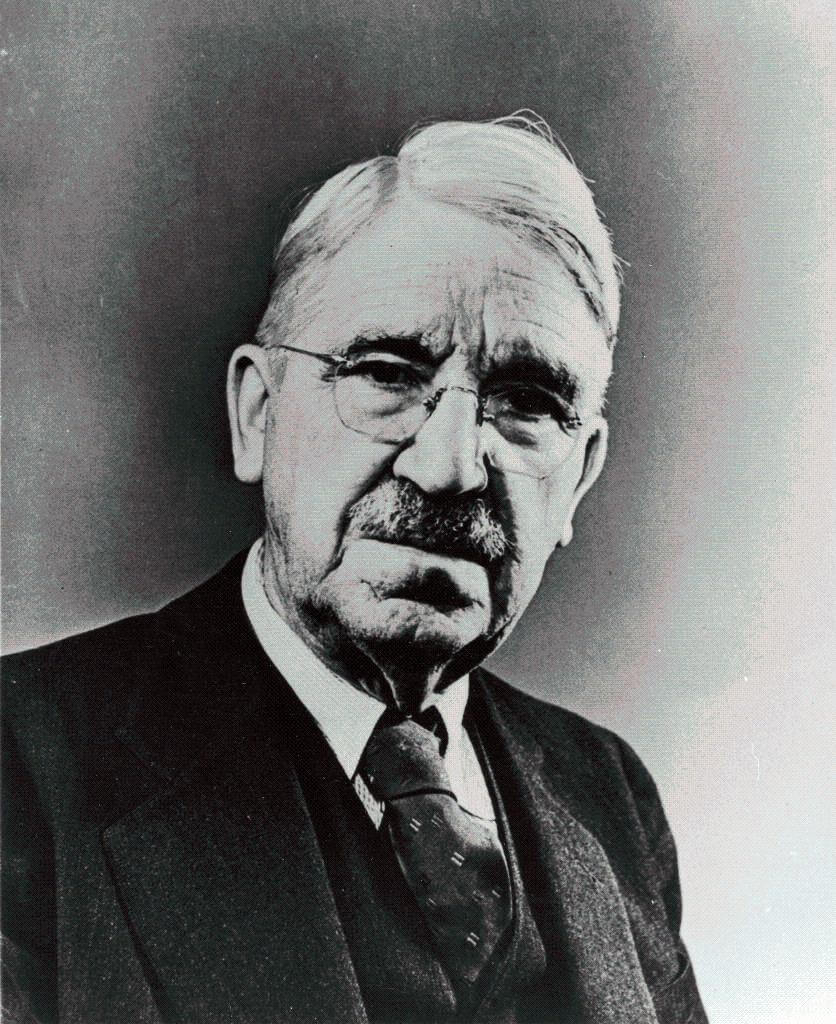 Without a doubt, Dewey was the best-known American educator of all time, both at home and abroad. To some of his admirers he was the greatest educator who ever lived. On the other hand, there are many who attribute all the ills of education in the United States to the influence of his ideas. Certain specific influences of Dewey’s include his emphasis on the avoidance of “either-or” arguments in thinking; he taught generations of readers and students to examine ideas dispassionately before deciding on a course of action.

Dewey also championed the philosophy of legal realism, according to which the judge plays an active role in the making of the law and should therefore be made more conscious of the inevitable social consequences of his decisions. But perhaps Dewey’s greatest contribution lay in his insistence that the true function of philosophy is to solve human problems and his demonstration that it can be made to do so. Retaining his fundamental viewpoints in the face of bitter opposition, Dewey never ceased his struggle to better the lot of humanity in all parts of the world.