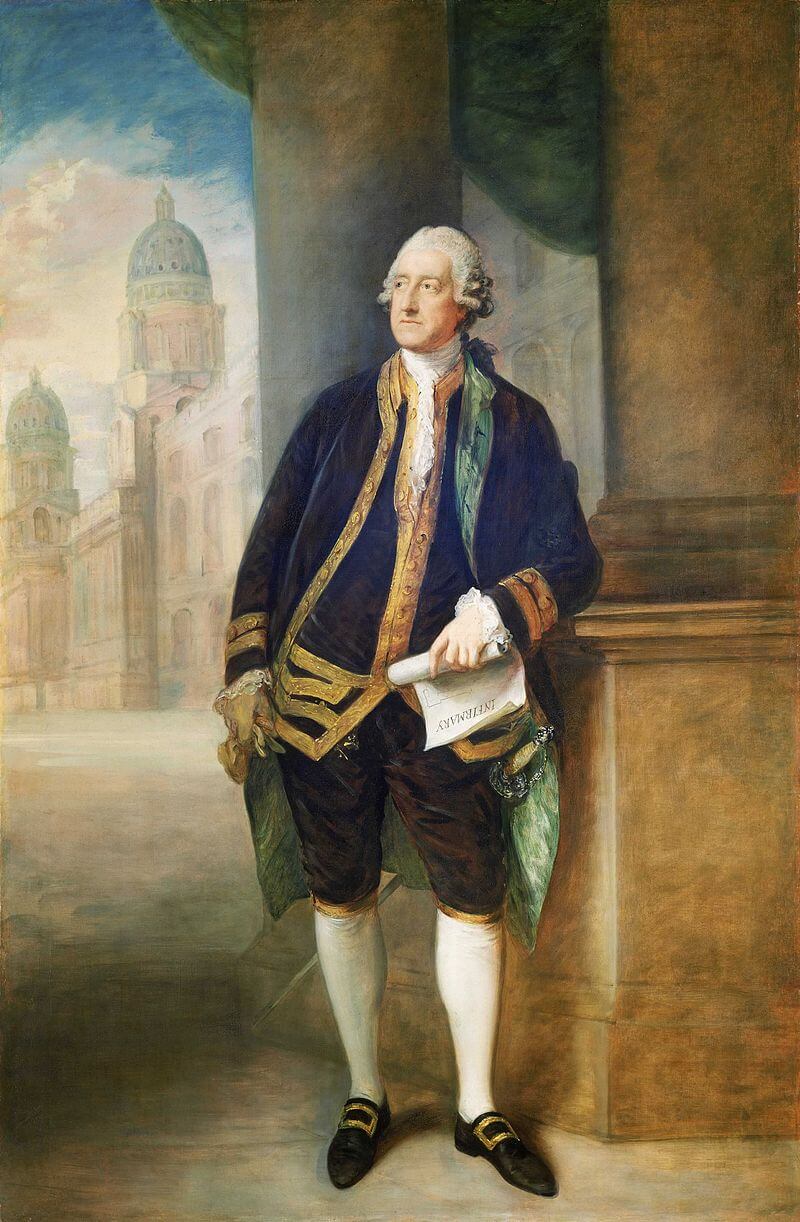 4th Earl of Sandwich; (13 November 1718 – 30 April 1792), English , political leader. John Montagu was born on Nov. 3, 1718. He was educated at Cambridge, traveled extensively, and in 1739 returned to England where he took his seat in the House of Lords and joined the Whig partisans led by the Duke of Bedford.

He served as first lord of admiralty in 1748, 1763, and from 1771 to 1782. He was appointed ambassador to Madrid in 1763, but before he could depart on his mission he was made one of the principal secretaries of state. While in this office, he took part in the prosecution of a former friend, John Wilkes. In 1768 he became postmaster general.

As first lord of the admiralty, he made his own gain and party interest of paramount importance, and his insufficient equipment of the navy was said to have caused much of the disaster that it encountered in those years. His administration was on the whole disastrous. Perhaps no man in the 18th century was held in more bitter contempt in England, partly because of his excessively immoral personal life, and he lived in virtual retirement after 1782. The Earl was the reputed inventor of the sandwich, for eating as a timesaver at the gaming table. He died in London on April 30, 1792.