John Burroughs; (1837-1921), American nature essayist, whose writings, particularly about birds, were the best of the nature pieces popular in the late 19th and early 20th centuries. Burroughs was also author of the first biography of Walt Whitman. 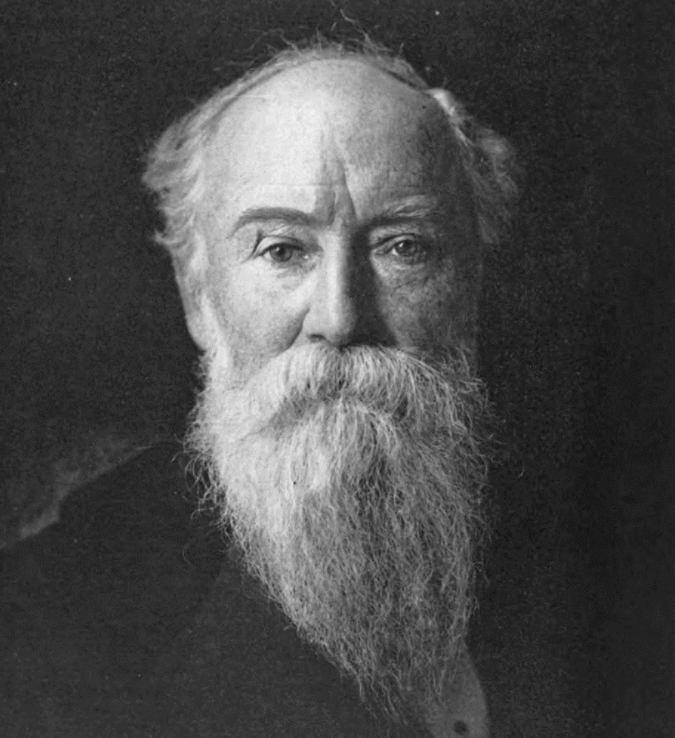 Burroughs was born on April 3, 1837, on a farm near Roxbury, N. Y., in the Catskill mountain region. After a sketchy early education, he became a country schoolteacher at 17 and then studied at Ashland Collegiate Institute and Cooperstown Seminary. His earliest essays were published about 1860 in journals that included the Saturday Press and the Atlantic Monthly. He later described the Atlantic as his “university,” and he was a frequent contributor to it.

From 1863 to 1872, Burroughs worked as a government clerk in Washington, where he became a close friend of Walt Whitman. After 1872, he lived, studied nature, and wrote in the Catskill region, first on a farm near Esopus, N. Y., and after 1908 on his family farm near Roxbury. He died aboard a railroad train in Ohio on March 29, 1921.

Burroughs’ forte was observation of nature with accompanying poetical or philosophical commentary. The sententious style and abstract subject matter of his early Atlantic piece Expression led readers to ascribe the essay to Emerson. Struggling then to establish his own literary identity, he started to write on rural themes and natural history.

Burroughs’ early work, influenced by Whitman, shows a poetic appreciation of nature, particularly Wake-Robin (1871) and Birds and Poets (1877). After reading Darwin and John Fiske, he turned to scientific speculation about nature, producing such essays as Locusts and Wild Honey (1879), The Light of Day (1900), and Leaf and Tendril (1908). Finally, inspired by the vitalist philosophy of Henri Bergson, he took a more spiritual view of nature in such pieces as Time and Change (1912) and The Breath of Life (1915). Burroughs’ works on Whitman include Notes on Walt Whitman as Poet and Person (1867), partly written by the poet himself, and Whitman, a Study (1896)