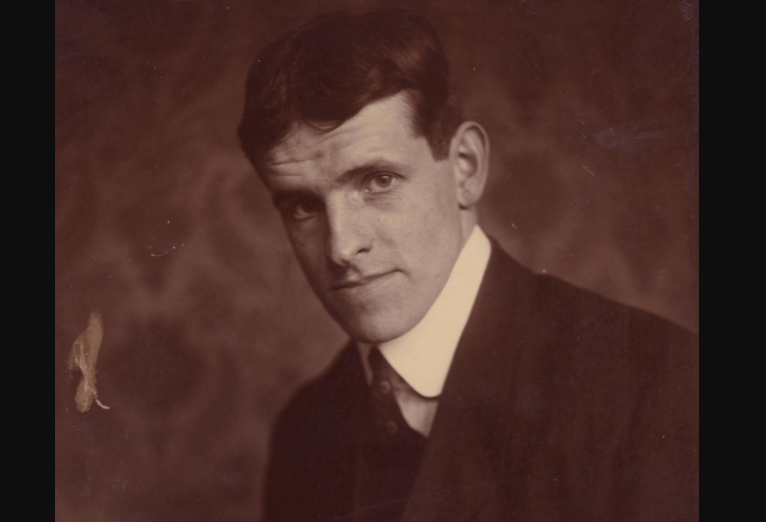 Jack Butler Yeats; Irish painter: b. London, England, Aug. 23, 1871; d. Dublin, Ireland, March 28, 1957. He was the son of the artist and wit John Butler Yeats (1839-1922) and the brother of William Butler Yeats. Most of his childhood and youth he spent in Sligo and the west of Ireland, where the living oral traditions and vivid folk imagination had a lasting influence on him. He was privately educated in Sligo. Later he moved to England but returned each summer to Ireland.

Yeats’ early work, water colors and drawings of Irish genre, was part of a minor renaissance in Irish painting that accompanied the greater flowering in literature. He particularly enjoyed representing individuals whose lives had some element of risk—gypsies, clowns, pugilists—and was inspired by some of the romantic figures of his country’s political past—Wolfe Tone, Bobert Emmet, and Charles Stewart Parnell. He reached maturity in the early 1920’s, when the color and atmosphere in his paintings took on a new license that transformed his subjects—many of them now taken from city life. Until around 1937 he produced paintings that fuse high poetry and acute observation, reclaiming mundane subject matter in romantic terms. Much of his best work was done at this time.

In 1937, somewhat disillusioned by the new Ireland and moved by the threat of war, Yeats started a series of allegorical paintings, beginning with Helen (Tel Aviv Museum) and ending 14 years later with Basin in Which Pilate Washed His Hands (1951, private collection). In this series he celebrated public and private tragedies with a resonant dignity, touched by wildness. A master of suggestion, he occluded his symbols so that they remain highly personal but fruitful in an odd, antic way. After 1951 his work, while uneven, reached new heights of lyric inspiration. His color was more agitated and broken; painting entirely with the knife, he leaned more and more on suggestion than on statement. He returned to his early themes of the clown, gypsy, and beggar. Some of this late painting is remarkable for its piercing and pure intensity.

Yeats had little concern for public success and refused to nourish his reputation, but he is the greatest of modern Irish artists and a highly individual figure. His work is intensely lyrical and romantic, with expressionist overtones, and it is unusual in modern art for its insistence on a joyous and exuberant vitality. Predominantly a colorist, he admired Jean Antoine Watteau, Honoré Daumier, and Venetian painting but firmly denied any influence on his own art. He also wrote a number of vivid novels and plays that show his interest in the individual and wayward characteristics that to him illuminated human nature.