Information on the framework, skin and skeleton of human body. What are their functions and how is the framework arranged? 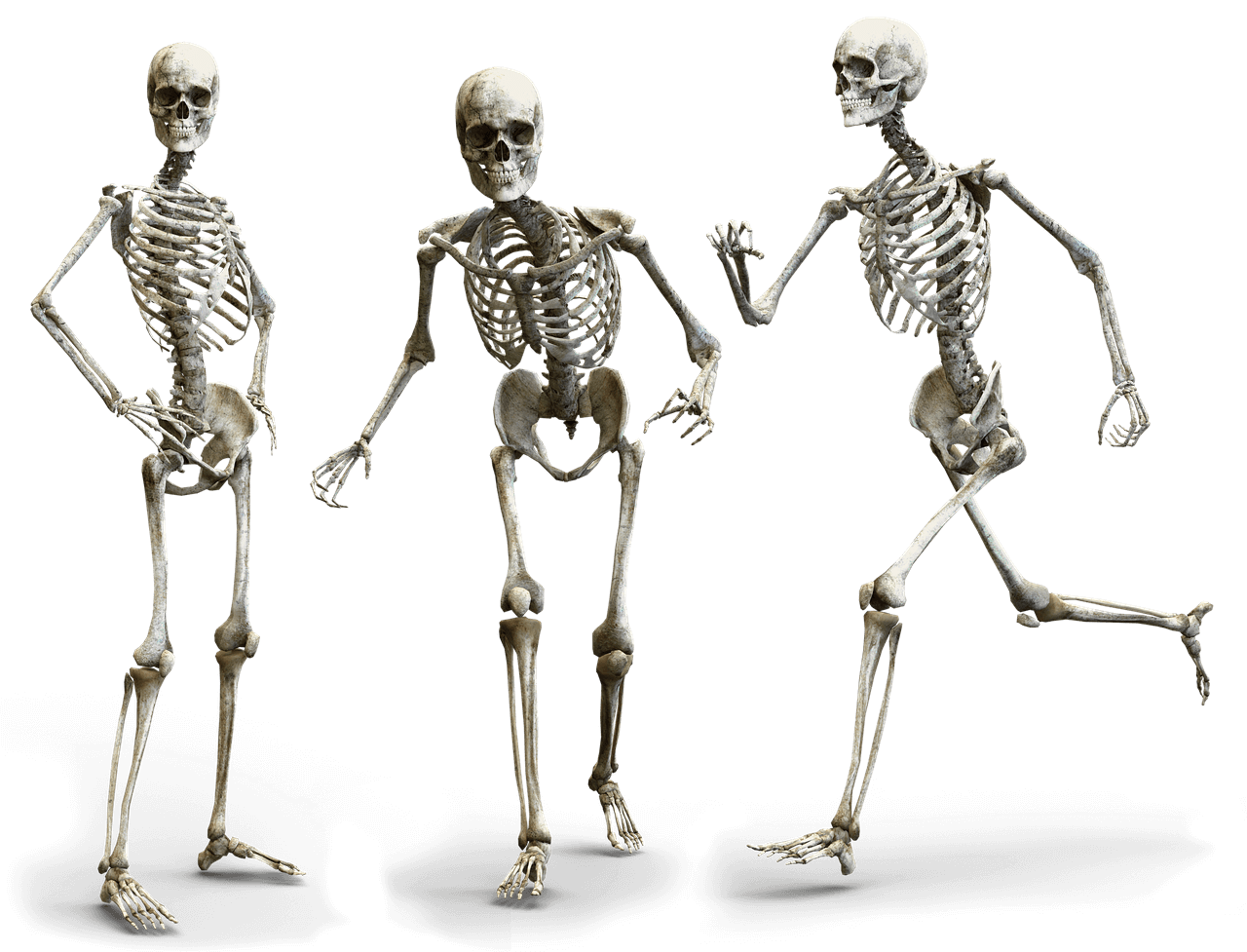 The largest organ of your body is on the outside. It has an area of about 20 square feet, and it covers your body from head to toe. This organ is your skin, which forms a protective covering over your body and helps keep out dirt and germs. Perspiration from the sweat glands is poured on your skin. Some of the waste materials that your body needs to get rid of come out in perspiration, which is mostly water. As this water evaporates, you are coolled. Underneath your skin are the bones and the muscles that give your body its shape.

Your skeleton forms the framework of bones on which the rest of your body is built. Some parts of the skeleton, such as the skull and the ribs, protect delicate organs inside your body. You could not move about as you do if you had no bones to act as levers in pushing and pulling your body from place to place. Your skeleton is rigid enough to hold your body in shape, yet flexible enough to let its parts move. There are more than 200 bones in the human body. In a person of average size, all these bones together weigh about 20 pounds.

The human skeleton has a central column of bones to which the skull, the ribs, and other bones are attached. This column of bones is the backbone, or spine. Each part of the backbone is called a vertebra. Every one of these vertebrae has several projections to which muscles are attached. However, the backbone is not entirely made up of bones. Between each vertebra and the next one is a pad of flexible cartilage. When you find cartilage in meat, you call it gristle. These pads of cartilage absorb the jar of each step that you take. Curves in the backbone also absorb some of this jar. Together, the curves and the pads of cartilage help make the backbone springy. Cartilage in your nose and ears gives them shape and holds them up, yet it lets them be flexible, too.

Even though your bones seem hard and dead, they actually contain living cells. When bones start growing, they are at first a soft, flexible tissue made of cells. Like most other cells in your body, each cell in this bone tissue has a special spot called the nucleus that seems to direct the work of the cell as it forms bone. In a growing child, these bone-forming cells take calcium and phosphorus compounds from the blood. By a chemical change, the cells then make these mineral compounds into a hard, insoluble compound for bones. This compound, called calcium phosphate, is not formed inside the cells but around and between them. In this way, each living bone cell is left in a kind of prison where it stays as long as you live.

From your blood, the bone cells must get the food and oxygen that they need to stay alive. So there must be tiny blood tubes inside your bones, just as there are in every other part of your body, hen a bone is broken, the older bone-forming is near the break divide and make new cells. Then these new cells take calcium and phosphorus compounds from the blood and change em into calcium phosphate. As new bone material is formed in and around the break, this I part of the skeleton becomes as strong as before or even stronger. So you can understand why the ends of a broken bone must be set in exactly the right position. They must then be held there while the bone cells are repairing the break and knitting the pieces together.