Who was Golda Meir? The life of Golda Meir, a woman politician from Israil, who was the 4th prime minister of Israel, who contributed to its establishment.

Israeli politics (Kiev, Ukraine, May 3, 1898 – Jerusalem, December 8, 1978). Her given name was Goldie Mabovitch, but she later adopted the name Goldie Myerson.

Golda Meir was noted for helping found the State of Israel in 1948 and later served as its fourth prime minister from 1969 to 1974. She was the first woman in Israel to hold the position and the third in the world to assume such a position. high relevance. Like Margaret Thatcher and other female heads of government throughout history, she was nicknamed the “Iron Lady.”

In 1906, Goldie Mabovitch’s family emigrated to Milwaukee, Wisconsin, where she attended Milwaukee Normal School (now University of Wisconsin-Milwaukee) and later she became leader of the Milwaukee Labor Party, the Zionist Party. 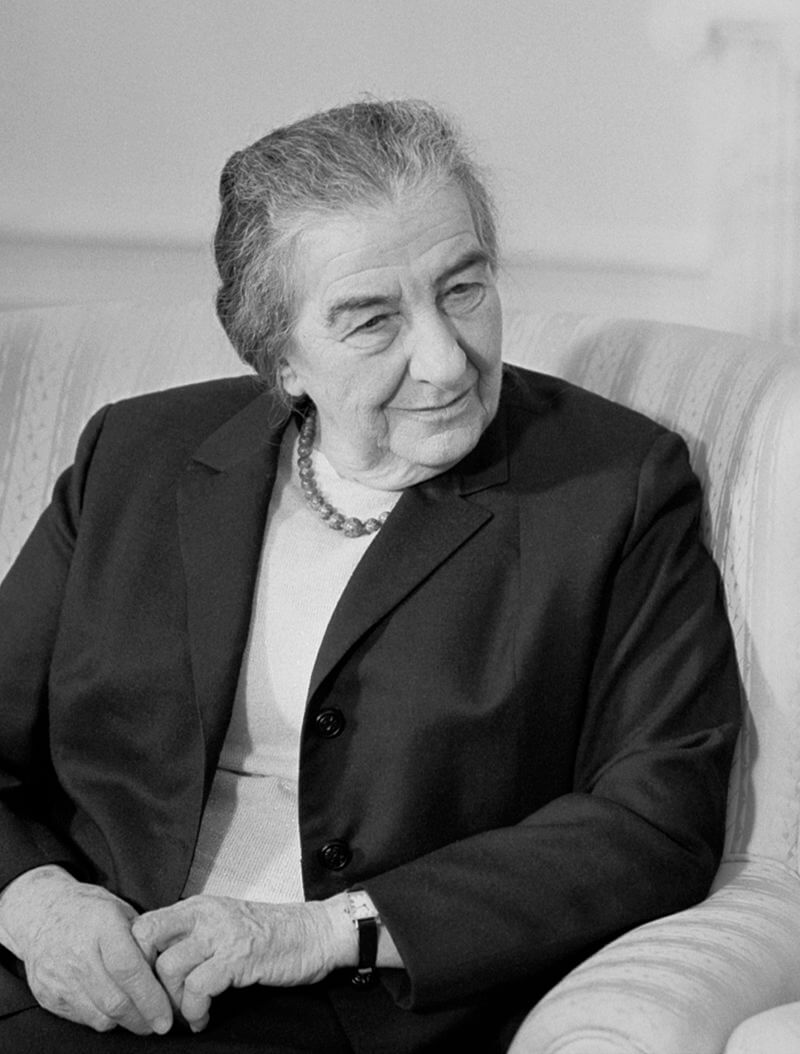 In 1921, she and her husband, Morris Myerson, emigrated to Palestine and joined the Merẖavya kibbutz. She became the representative of the kibbutz before the Histadrut (General Federation of Labor), secretary of the Women’s Labor Council of that organization (1928-1932), and a member of its executive committee (1934 until World War II). During the war, she emerged as an energetic spokesperson for the Zionist cause by negotiating with the binding British authorities.

In 1946, when the British arrested and detained many Jewish activists, including Moshe Sharett, head of the Political Department of the Jewish Agency, Goldie Myerson replaced him on a temporary basis and worked for the release of his comrades and the many Jewish war refugees who had violated British immigration regulations by settling in Palestine. Upon his release, Sharett assumed diplomatic duties and she officially assumed her previous position. She personally tried to dissuade King ʿAbdullāh I of Jordan from joining the invasion of Israel decided by other Arab states.

On May 14, 1948, Goldie Myerson became a signatory to Israel’s declaration of independence and that year she was appointed minister in Moscow. She was elected a member of the Knesset (Israeli parliament) in 1949 and served in that body until 1974. As Minister of Labor (1949-1956), she carried out major housing and road construction programs and vigorously supported immigration policy. unrestricted Jewry to Israel. Appointed Foreign Minister in 1956, she changed her name to Golda Meir. She promoted the Israeli policy of assistance to the new African states aimed at enhancing diplomatic support between unengaged nations. Shortly after retiring from the Foreign Ministry in January 1966, she became General Secretary of the Mapai Party and Prime Minister supported by Levi Eshkol in intra-party conflicts. After Israel’s victory in the Six Day War (June 1967) against Egypt, Jordan, and Syria, she helped to merge Mapai with two dissident parties in the Israel Labor Party.

Following Eshkol’s death on February 26, 1969, Meir, the compromise candidate, became prime minister. She maintained the coalition government that had emerged in June 1967. Meir pushed for a Middle East peace deal through diplomatic means. She traveled extensively, her meetings included those of Nicolae Ceauşescu in Romania (1972) and Pope Paul VI in the Vatican (1973). Also in 1973, the Meir government hosted West German Chancellor Willy Brandt.

Her efforts to forge a peace with the Arab states came to a halt with the outbreak in October 1973 of the fourth Arab-Israeli War, called the Yom Kippur War. Israel’s lack of preparation for war stunned the nation, and Meir formed a new coalition government with only great difficulty in March 1974 and she resigned her post as prime minister on April 10. She remained in power as head of a provisional government until a new one was created. was formed in June. Although she retired thereafter, she remained an important political figure. Following her death, it was revealed that she had had leukemia for 12 years. Her autobiography, My Life, was published in 1975.