What is the effect of volcanoes to change the Earth’s surface? Information about volcanoes and their effects. 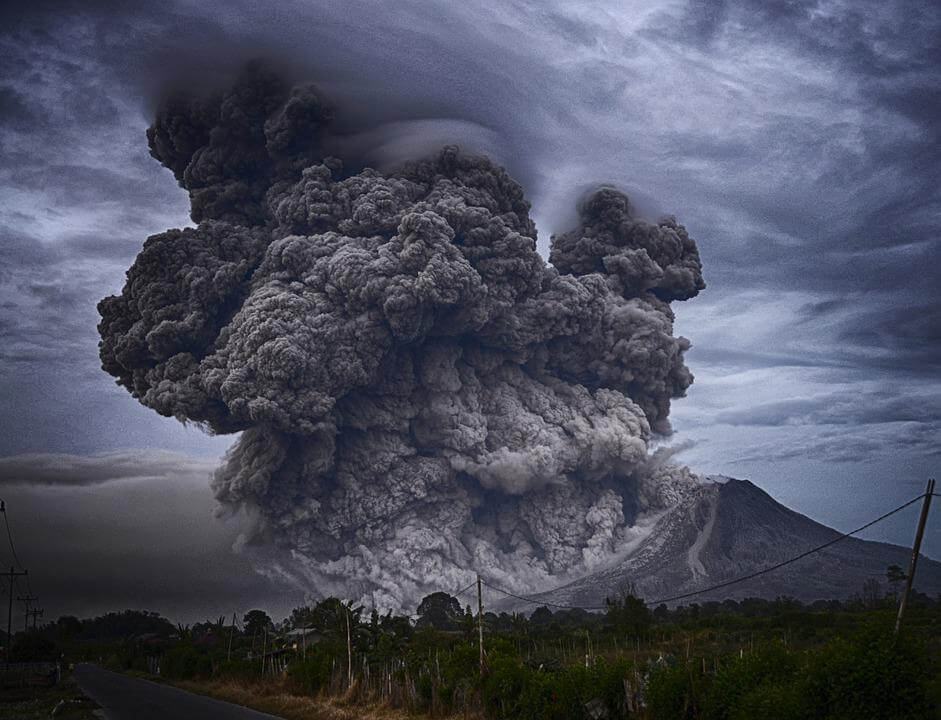 One way in which the land is built up is by volcanoes. Perhaps the most famous volcano is Mount Vesuvius, near Naples, in southern Italy. For hundreds of years, people cultivated vineyards and pastured cattle on the sides of this mountain. The ancient towns of Pompeii and Herculaneum were built at the foot of it. In 79 a.d. the top of the mountain burst open. A shower of rocks and ash buried Pompeii and Herculaneum so deep that they were completely lost for more than 1500 years.

After this eruption, Vesuvius was quiet for a time. Then it again poured out gases, ash, and melted rock, or lava. From 79 a.d. to 1150 there were eight big eruptions. But by 1631 the mountain had been quiet for so long that people again built their homes near it. Cattle even grazed inside the erat er, or hollow place at the top. Then in that year another great eruption destroyed five towns and killed thousands of people. Since that time Vesuvius has been more or less aetive, with big eruptions every now and then. In 1872 lava poured out of fourteen different openings in the volcano and destroyed two villages. In 1906 and 1924 there were spurts of activity. A big eruption occurred in 1944.

The earth gets hotter the farther down we dig. The temperature far below the earth’s surface is much hotter than necessary to melt rock. However, the pressure of the rock above keeps most materials from melting at their usual melting points. Geologists believe that the rock deep in the earth may be plastic, or puttylike. In other words, the rock yields slowly to pressure but is not liquid. But if some change in the earth’s crust releases the pressure, the rock melts. Then the hot, liquid rock can move up toward the surface.

Where the melted rock works its way close to the earth’s crust, a volcano may be formed. The melted rock often contains steam and other gases under great pressure. If the rock above gives way, the pressure is released. Then the sudden expansion of the gases causes explosions. These blow the melted rock into pieces of different sizes and shoot them high in the air. Here they cool and harden into volcanic ash and cinders. Some of this material falls around the hole made in the earth’s surface. The melted rock may keep on rising and pour out as lava. In this way, volcanic ash, cinders, and lava build up the cone-shaped mountains that we call volcanoes.

Some volcanoes remain active and erupt from time to time as Vesuvius has done. Others are closed when the lava cools inside them and never erupt again. They are then said to be extinct. Many volcanoes have never been aetive so long as anything has been known about them. There are no aetive volcanoes in the eastern United States. Yet extinct volcanoes and lava flows are found in New Jersey and other eastern states. Lassen Peak in California was slightly aetive about fifty years ago. All the other volcanoes in the West are extinct. Among these are Mount Shasta in California, Mount Hood in Oregon, and Mount Rainier and Mount Baker in Washington.

About twenty years ago, geologists were able to observe a volcano as it developed. This volcano is named Paricutin after the village in Mexico near which it is. A crack in the earth suddenly appeared, and thick clouds of dust poured out. Then tons of hot rocks and volcanic ash shot high in the air. As they kept piling up, a cone was quickly formed. In three days, it was 120 feet high. And at the end of ten weeks, it was 1000 feet high. For 10 miles around the volcano, the countryside was covered with volcanic ash as much as 9 feet deep. Soon after the cone began to form, a stream of lava 50 feet deep flowed out and ran down the sides. Moving about 20 feet an hour, it traveled 7 miles and destroyed two villages.

Not all lava comes from volcanoes. Thousands of years ago, huge cracks opened in the earth’s surface. Through these cracks, lava poured out over wide areas. One lava flow like this is along the Columbia River in Washington, Oregon, and Idaho. The sheets of lava are from 500 to 5000 feet thick and cover more than 200,000 square miles. At one place where the river has cut through the lava, thirty different layers can be seen. So there must have been thirty separate lava flows in this one region.

The mineral deposits around hot springs and geysers are also thought to be caused by volcanic aetion. Scientists believe that the water is heated by hot volcanic rock beneath the earth’s surface. Hot water can dissolve greater amounts of minerals than cold water can. When the hot water comes out of the earth, it cools. Part of it evaporates. Then the minerals change back to solids and are left in many shapes and colors.