George Chapman; (1559-1634), English poet and dramatist, famous for translating Homer’s Iliad (1611) and Odyssey (1614). Chapman was an important Elizabethan dramatist in his own right, and is possibly the “rival poet” referred to in Shakespeare’s sonnets.

Chapman was born at Hitchin, Hertfordshire. Information about his early life is scanty, but it is probable that he studied at Oxford and later Cambridge, but left both universities without taking a degree. He was briefly imprisoned twice: in 1600 for debt, and in 1605 for his play Eastward Ho! (written in collaboration with Ben Jonson and John Marston), which offended King James I for its satire on the Scots. He regained some favor in court and wrote a royal masque in 1614. Chapman received the patronage at various times of Henry, Prince of Wales, and Robert Carr, the Earl of Somerset; however, much of his life was spent in financial difficulty. Chapman died in London on May 12, 1634. 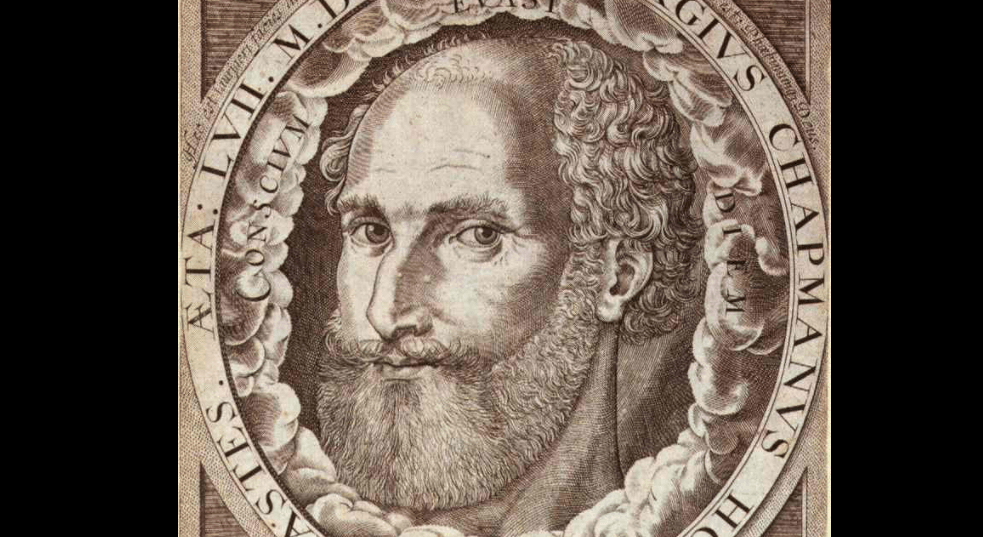 The most famous tribute to Chapman’s translation of Homer is John Keats’ sonnet On First Looking into Chapman’s Homer (1816). The translations, which include the Iliad, the Odyssey, and Hymns (1624) and minor poems ascribed to Homer, have been criticized as rough and inexact, filled with conceits more Elizabethan than Homeric, but most critics defer to the spirit and vigor of Chapman’s work and to his fine poetic impulse. In addition, Chapman translated works of Hesiod, Petrarch, Juvenal, and Mu-saeus.

Between 1596 and 1612, Chapman contributed to Elizabethan drama a number of “humours” comedies, in which characters were defined by and ridiculed for the dominant trait responsible for their foolishness. Among his outstanding comedies were The Blind Beggar of Alexandria, All Fools, and The Widow’s Tears. His tragedies, which were mostly melodramas about social decay and the breakdown of Renaissance values, included Bussy D’Ambois, The Conspiracy and Tragedy of Charles Duke of Byron, and The Tragedy of Chabot Admiral of France.

Chapman’s poems The Shadow of Night (1594) and Ovid’s Banquet of Sense (1595) foreshadowed the metaphysical school of poetry, with their strong intellectual cast, their logical rather than sensuous imagery, and their exploration of anxiety and paradox. Chapman also completed, though not brilliantly, Christopher Marlowe’s unfinished poem Hero and Leander (1598). An excellent edition of Chapman’s poems was edited by Phyllis Brooks Bartlett in 1941.