What are the Crustaceans? What is the economic importance, distribution, coloration and luminescence of Crustacea.

CRUSTACEA, a class of mostly aquatic animals, with segmented bodies, jointed legs, and two pairs of antennae. The 26,000 species of crustaceans include such familiar animals as crabs, shrimps, lobsters, crayfishes, sow bugs, sandhoppers, and barnacles, as well as a host of less well-known forms. Crustaceans range in size from microscopic copepods less than 8/1000 inch (0.2 mm) in length to the giant Japanese crab (Macrocheira kaempferi), whose outstreteched legs may span more than 12 feet (3.6 meters). 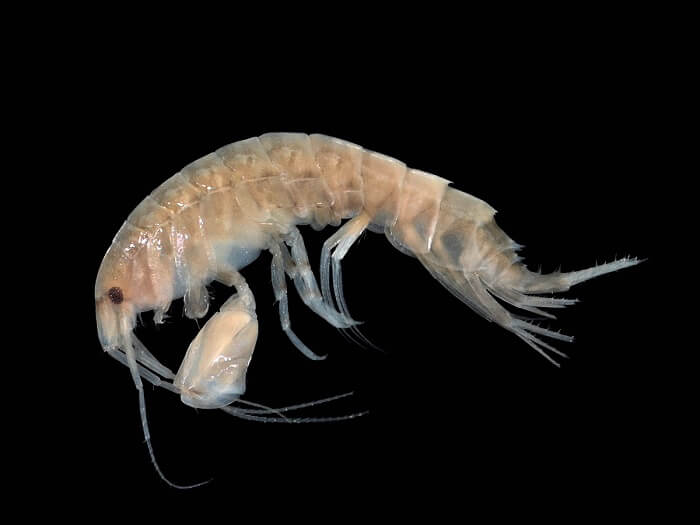 A segmented animal is seen from the side. It has a long antennae and small black eyes; one pair of legs is much more robust than the others; the body is slightly arched and each segment carries a pair of appendages. The whole animal is translucent or a pale brown colour. (Source : wikipedia.org)

Crustaceans are found in almost every type of habitat except the really dry terrestrial ones. Most are found in the sea. They occur from the surface layers to the greatest depths of the ocean, and they form a major component of the marine fauna. Terrestrial species have evolved among the true crabs, hermit crabs, amphipods, and especially the isopods.

Crustaceans exhibit an almost infinite variety of colors and patterns. Many planktonic crustaceans have transparent bodies with little or no pigment. Deep-sea shrimps and mysids (opossum shrimps) are often a uniform brilliant red. Self-luminescent, or light-emitting species, are found in the subclass Ostracoda and in the orders Copepoda, Mysidacea, Amphipoda, Euphausiacea and Decapoda. Only marine species are self-luminescent, but freshwater and terrestrial crustaceans may become luminous when infected with luminescent bacteria. 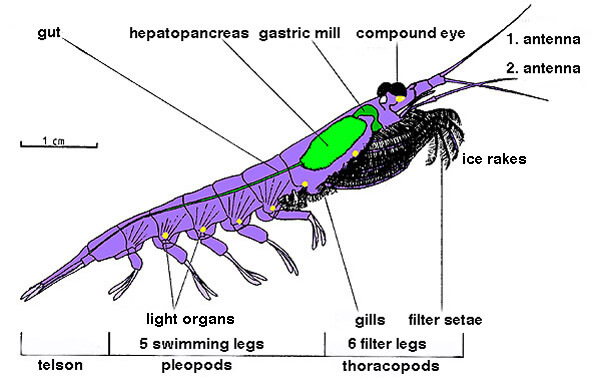 The large decapod crustaceans (shrimps, crabs, and lobsters) provide most of man’s crustacean food. Many small crustaceans, however, can be caught in such vast numbers and^ bulk that they become of considerable value. Such crustaceans are aften made into pastes.

Various crustaceans are intermediate hosts of certain parasitic worms whose final host is man. The lung fluke Paragonimus ringer, of Asia and South America, has as its first host a freshwater snail, and as its second host a freshwater crab or crayfish. Man becomes the final host by eating a raw or undercooked second host. Infection leads to a chronic bronchitis.

The freshwater copepods Cyclops and Diaptomus are the first hosts of the broad fish tapeworm Diphyllobothrium latum, a common parasite of man in many places, including Finland, Russia, Japan, and the Great Lakes region of North America. Man becomes infected by eating an undercooked fish that had swallowed an infested copepod. 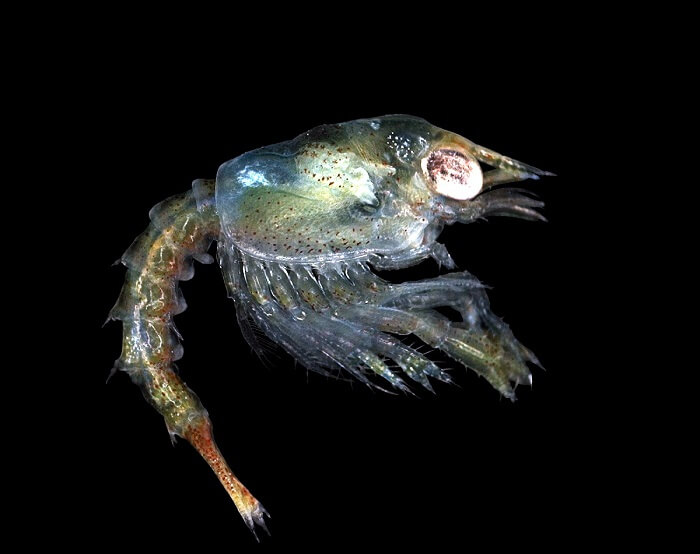 One of the most serious crustacean pests is the barnacle, which often attaches itself to ship hulls. A heavy layer of barnacles and other fouling organisms can increase by 50% the amount of fuel needed to maintain a given speed. Fouling by barnacles is greatest in the tropics. The cypris larva (free-swimming stage) settles on a ship only when the vessel is in port; it cannot attach itself to a moving ship. The barnacles can be killed by visiting a freshwater port, but the shells remain and must be scraped off or worn down by visiting a port where there is much sand in suspension in the water. Some control of fouling is obtained with antifouling paints, which gradually release toxins and kill settling larvae.

Wood pilings of piers are attacked by the gribble (Limnoria), a small isopod that chews out shallow tunnels along the grain of the wood, causing millions of dollars worth of damage annually.