What are the interactions between species in a community? What is mutualism, commensalism and parasitism.

There are many relationships in a community. One example is predator-prey relationship.Many consumers (animals) hunt for their food. Hawks and owls fly over fields looking for animals to catch and eat. Some snakes quietly wait for small animals to come near. Then they catch and eat the animals. Frogs in a pond eat insects. The hawk, owl, snake and frog are all predators. The insects are the frog’s prey.

An animal that hunts and kills another animals for food is a predator. The animals that they catch and eat are their prey.

In time the hawk, snake, lion and other living things will die. Another kind of consumer obtains energy and materials from these dead organisms. Organisms that get their energy and materials from dead plants and animals are called decomposers. Fungi and most bacteria are examples of decomposers. Since they break down dead animals and plants. Material from these dead organisms is deposited into the soil, air and water which helps to complete the life cycle.

There is another relationship between organisms in a community. This is called symbiosis. The word symbiosis means “living together” Symbiosis is a relationship in which one organism lives on, near or even inside another organism. There are three types of symbiosis.

is a relationship in which two organisms live together for mutual benefit. Flagellates living in the intestine of termites is an example of mutualism. The flagellates digest the wood that the termites eat. The digested wood can then be used by the body cells of the termites. The termites bodies provide the food, moisture and warmth that the flagellates need to live. 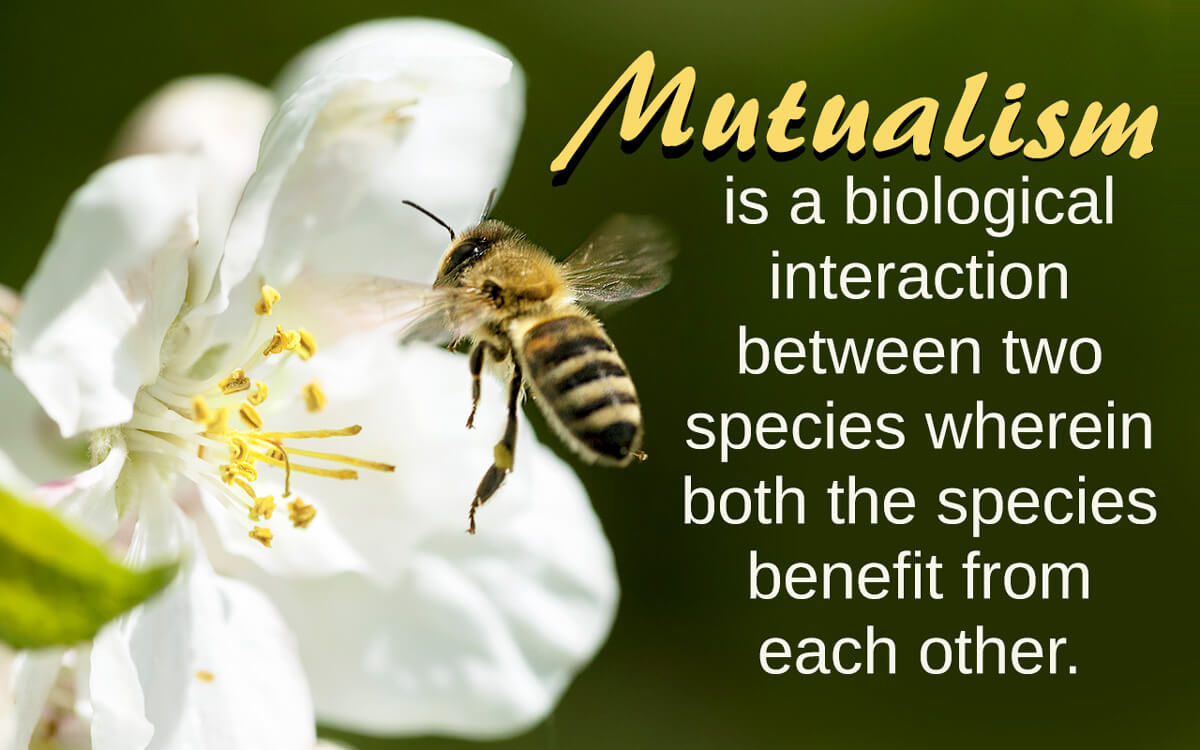 In lichens, in which an alga and a fungus are living together, the alga is a green plant which makes food for both. The fungus gets its food from the alga. Without the fungus the alga couldn’t live in the places where lichens are found. The fungus protects the alga and provides it with water.

Useful bacteria that live in human intestines are another example of mutualism. These bacteria make vitamin B12 that humans need to live. The bacteria obtain food from human’s digested food.

is a relationship in which one organism lives on another without causing harm. It is one-sided relationship. One organism attaches itself to another organism. 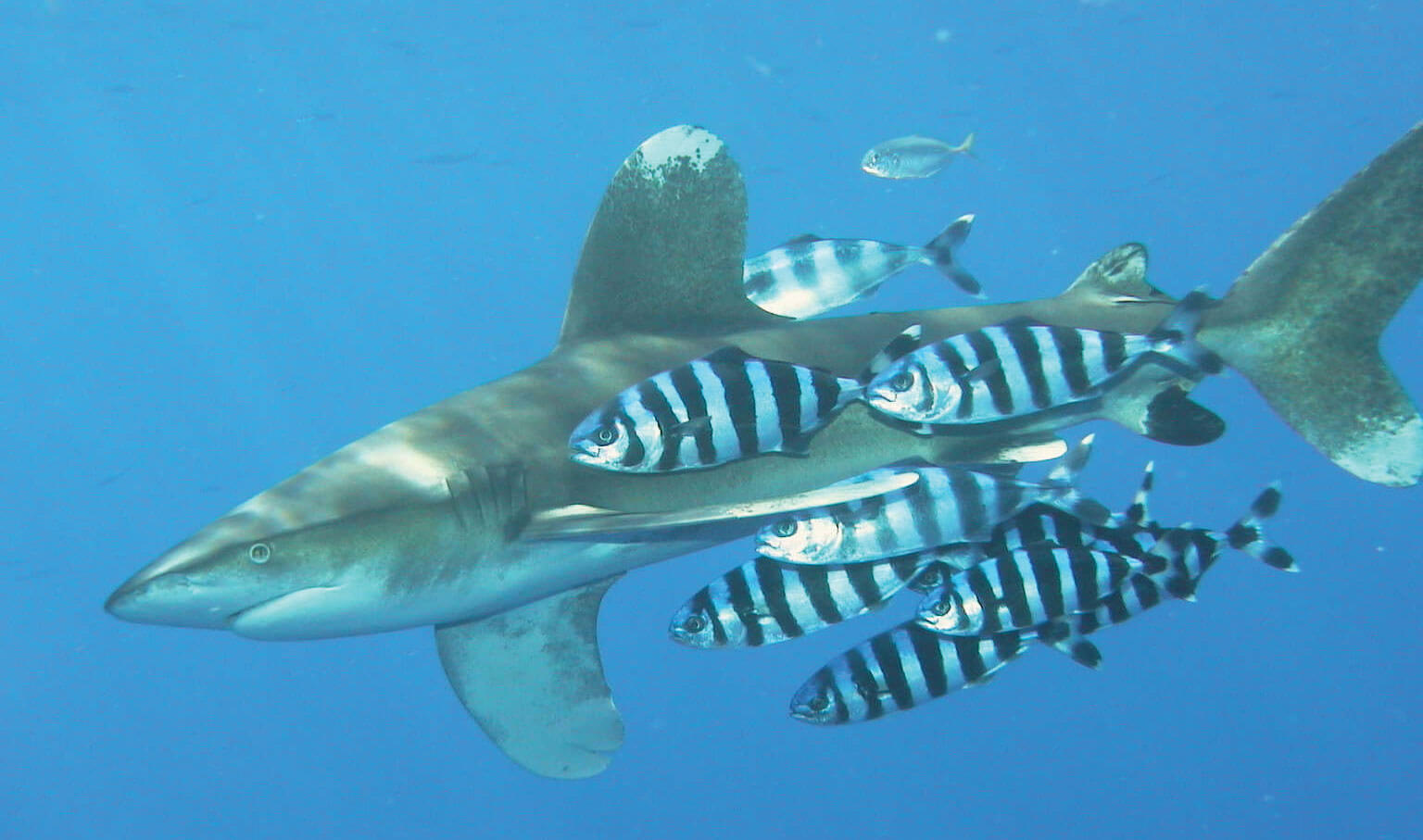 In this relationship only one of them benefits, while the other receives neither benefit nor harm. For example, an orchid plant growing on the branch of a tree uses the branch as a place of attachment. It doesn’t harm the tree and doesn’t take food from the tree. Another example is the barnacle which attaches itself to a whale. The barnacle get a free ride in its search for food.

Many of the bacteria living in our large intestine feed on undigested food materials and do not harm us.

is a relationship in which one organism lives on or in another organism and obtains food from it. Worms that live inside the body of people or other animals are examples of parasites. The worms get their food from the host organism but may, at the same time, destroy its body. 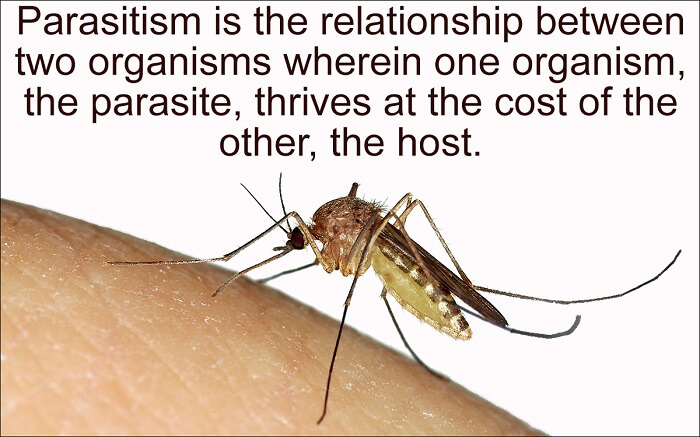 Ascaris worm which lives in the intestine of human and gets human’s digested food. Parasites damage their host in many ways. They consume hosts tissues, digested food and they release toxins which poison the host. The bacteria that cause tetanus, diphtheria are dangerous for this reason.