Edward Lawrie Tatum; (December 14, 1909 – November 5, 1975), American geneticist and biochemist, who shared the 1958 Nobel Prize in physiology or medicine with two other American geneticists, George W. Beadle and Joshua Lederberg. Tatum helped to establish some of the basic principles of chemical genetics. He and Beadle were honored for “their discovery that genes act by regulating specific chemical processes.” 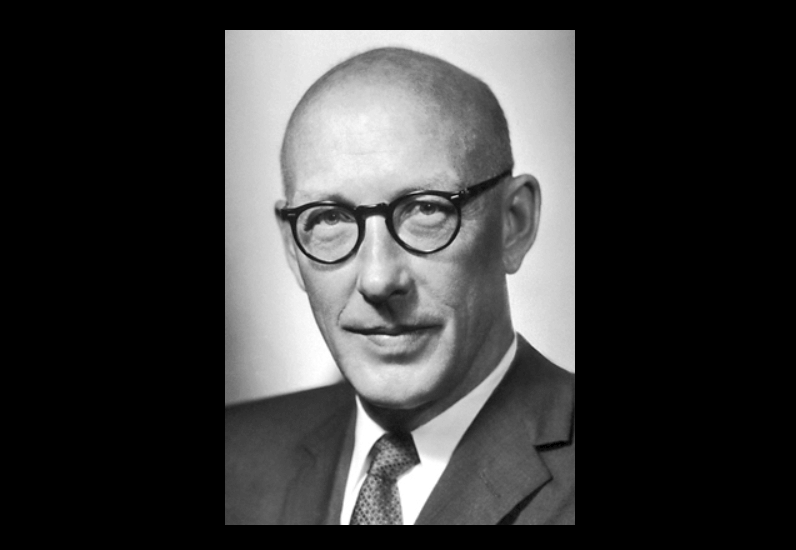 In his early work, Tatum studied the nutritional requirements and metabolic activity of insects, especially the fruit fly Drosophila melanogaster. These studies later led to his and Beadle’s isolation and identification of kynurenine as an eye color hormone in D. melanogaster.

In the early 1940 s, Tatum and Beadle began joint research on the pink bread mold Neurospora crassa. By irradiating the mold with X-rays, they hoped to modify the mold’s genes and thus obtain a Neurosiwra strain chemically different from the normal mold. They succeeded in identifying an-X-ray damaged, or mutant, gene and the biochemical process it impaired, thus showing that genes regulate specific chemical processes. Tatum later showed that similar mutations could be produced in the common intestinal bacterium Escherichia coli. Using mutant E. coli strains, he and Lederberg demonstrated genetic recombination in the bacteria, indicating their sexual reproduction.

Tatum next turned to the problem of gene activity at the molecular level and how it determined the characteristics of an organism. He also studied cytoplasmic inheritance, nucleic acid metabolism, and antibiotic biosynthesis.

Tatum was born in Boulder, Colo., on Dec. 14, 1909. He studied at the University of Wisconsin, receiving his A. B. in chemistry in 1931, an M. S. in microbiology in 1932, and a Ph. D. in biochemistry in 1934. Three years later he joined the faculty of Stanford University, where he was first a research associate and later an assistant professor of biology. From 1945 to 1948 he taught at Yale University and then returned to Stanford as professor of biology. In 1957 he joined the Rockefeller Institute of Medical Research in New York.